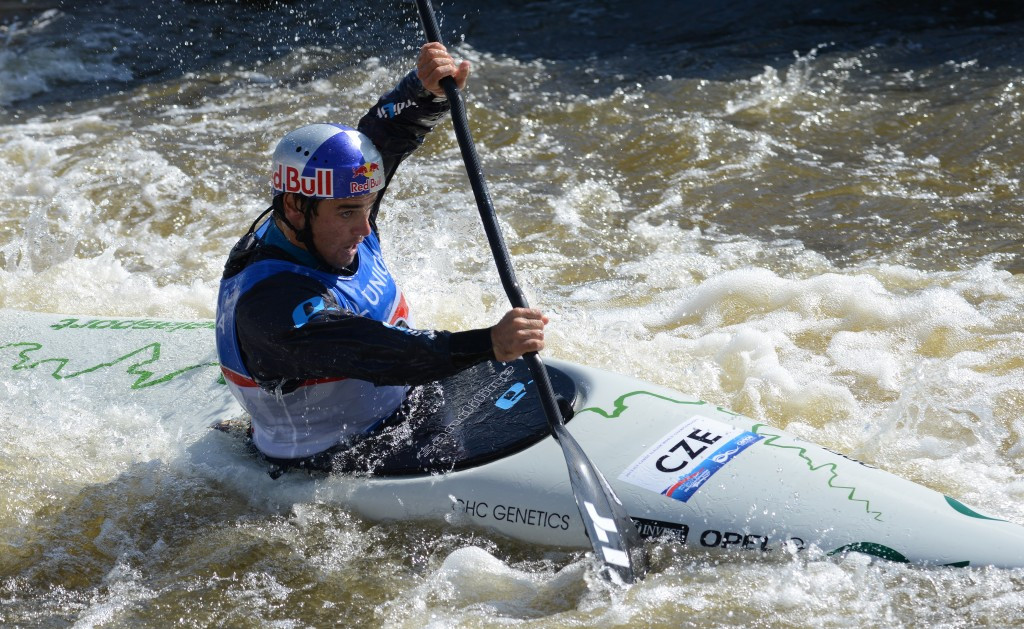 Czech Republic’s Vavrinec Hradilek returned to winning ways after nearly two years off the top of the podium by claiming the K1M title on day two of the International Canoe Federation (ICF) Canoe Slalom World Cup in Kraków, Poland.

The London 2012 Olympic silver medallist, whose last K1M victory came when he won gold at the 2013 ICF World Championships in Prague, finished ahead of Slovakia’s Martin Halcin and France’s Mathieu Biazizzo in second and third respectively.

“This course is pretty tricky,” said the talented 28-year-old, hampered by injuries in 2014.

“I was confident enough to repeat my run from the semi-final and I managed to go two seconds faster so I’m very happy.

“I competed here a lot as a junior and under-23 level.

“I know the course pretty well.

"We’ve also had some European champs here, but the World Cup is always a bigger race, a special race, so it’s great to get another medal.”

Local heroes Mateusz Polaczyk and Maciej Okreglak, who qualified for the final with the fastest times, fell short of the mark finishing in fifth and eighth position respectively.

Meanwhile in the C1M event, Slovakia’s Matej Benus used his power and reach to secure first place down a fast and ferocious channel.

Perhaps more important to Benus was the fact that he bettered his two team mates Michal Martikán and Alexander Slafkovsky as the trio continue to battle for top spot in the Slovakian squad in what is a crucial Olympic qualification season.

Martikán failed to make the final, while Slafkovsky picked up a 50-second-penalty on the tricky gate eight.

“I don’t do anything special, it was just important to be fast and clean,” said the 28-year-old Benus.

“I’m disappointed with my touch but in the end I was fast enough.”

As for the C1W, Australia’s Jessica Fox eclipsed the silver medal she won at the World Cup season opener in Prague last weekend to take the title.

The multiple world champion beat the European champion, Kimberley Woods of Great Britain, by more than three seconds, while bronze went to Ukrainian Viktoriia Dobrotvorska, who has progressed through the ICF’s talent identification programme.

"The semi-final was not a good run for me," said Fox.

"In the final I found my pace and better lines which was good, unfortunately had a few touches, but it was quite a fast time and I'm happy to take the win."

The action in Kraków is due to continue tomorrow morning with the K1W semi-finals.