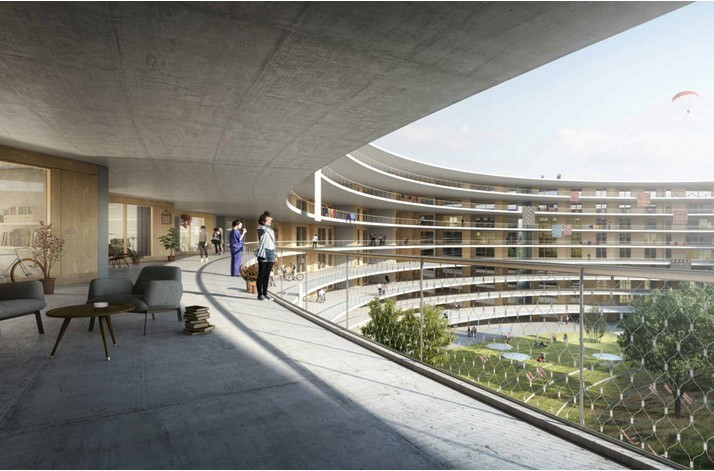 Designs for an Athletes’ Village ultimately envisaged as a large student complex have been unveiled as part of Lausanne’s bid for the 2020 Winter Youth Olympic Games.

The Swiss city, locked in a two-horse race with Brașov in Romania ahead of a decision being made at next month’s International Olympic Committee (IOC) Session in Kuala Lumpur, launched a contest to select a successful plan.

It will now be implemented regardless of whether the bid is successful.

The design, conceived with an “Olympic idea” in mind, comprises a unitary, circular building the ring shape of which is an obvious tribute to the Olympic Movement.

It will be located on the University Campus in the centre of the city, with its symbolic value enhanced given that this year marks the 100th anniversary of the establishment of the IOC in Lausanne by Baron Pierre de Coubertin.

In total, there would be 630 rooms, 475 studios and 50 apartments, as well as a large courtyard, while the building will feature two sports halls, a day-care centre and centres for cultural activities in addition to restaurants and shops.

These latter elements will remain for students immediately after the Games.

Steered by the State department of Finances and External Relations (DFIRE), work is set to begin in January 2017, with a building to be delivered in the second half of 2019.