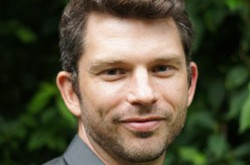 British Canoeing canoe sprint head coach Scott Gardner has decided to step down from his role for personal reasons, it has been announced.

Gardner, who has been involved with the organisation since June 2013, will leave his position on June 10.

His departure may come as a blow to British Canoeing’s preparations ahead of the inaugural European Games in the Azerbaijani capital of Baku from June 12 to 28, where Britain’s team will include Olympic gold medallist Ed McKeever.

The event will form a critical part of the canoeists'  schedule with the 2016 Olympic Games in Rio de Janeiro just over a year away and Gardner believes the team remain “on track” for a successful 12 months.

“I would like to thank British Canoeing for supporting me over the past two years,” he said.

“I am very proud of what we have managed to achieve, particularly with the team culture and laying the foundations for medal winning performances by increasing our performance intelligence.

“In the end, the decision is personal and this is the right decision for me.

“I really care about this team, however the last three Olympic cycles have caught up with me, so I have decided to step aside and let the team continue the vision.

“Of course there is still a big push to come, but I have full confidence in the athlete group and the team behind the team that we have put in place and with a targeted approach, I have no doubt that British Canoeing is on track to achieve its Olympic aspirations.”

The Australian, who coached Britain’s Victoria Pendleton to cycling gold at the London 2012 Olympic Games, has held similar positions within both British Cycling and British Swimming.

He has had a strong involvement with Olympic sports and before his job for British Canoeing, he was well-renowned for his work with performance science and coaching.

Gardner brought a wealth of knowledge and expertise according to the organisation, and he helped develop evidence based performance data, most notably through weather and results monitoring.