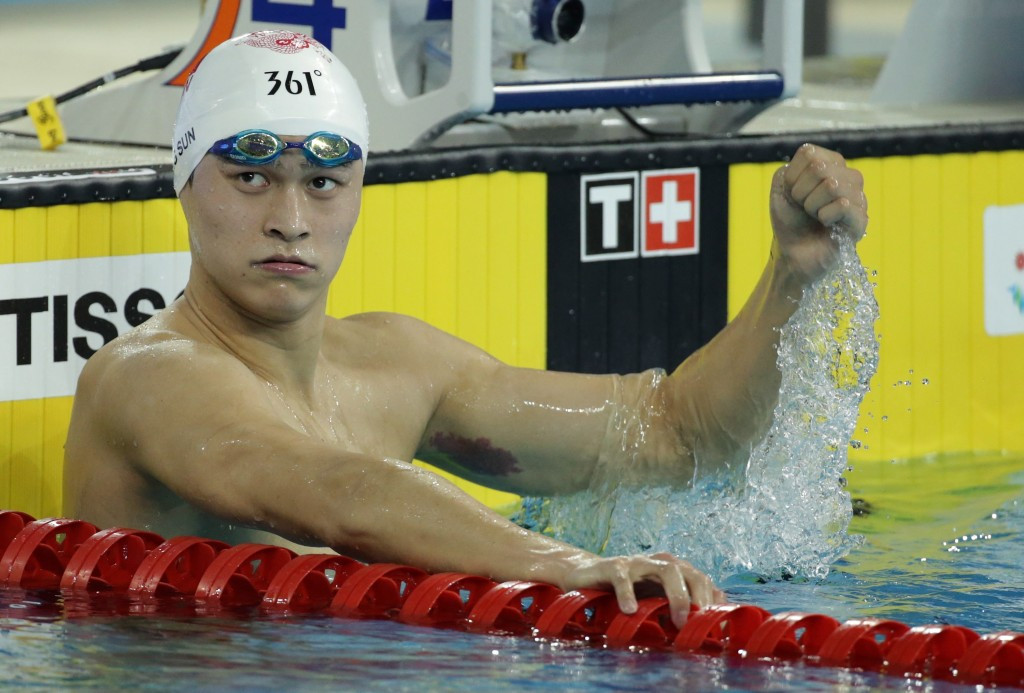 The Chinese Swimming Association has imposed an extended ban on the doctor of two-time Olympic gold medallist Sun Yang after it emerged that he violated the rules of an existing suspension by treating his athlete during the 2014 Asian Games in Incheon.

Ba Zhen received a one-year ban after Sun tested positive for the stimulant trimetazidine during last year’s National Swimming Championships, and although this was due to end on May 16, the latest revelation has now seen it prolonged until September 28.

Despite being under a ban, Zhen assisted Sun at Asia's flagship multi-sport event in September, when he won gold medals in the 1500 metres freestyle, 400m freestyle and the 4x100m freestyle events.

“Dr. Ba Zhen has violated DC Rule 10.10 (status during ineligibility), by travelling on a private basis to the 2014 Asian Games in Incheon and by helping to rehabilitate his athlete during that competition,” read a statement from the International Swimming Federation (FINA).

“This was done without the previous knowledge or consent from the Chinese National Swimming Team officials.”

Sun’s suspension for testing positive, which ran from May 17 to August 16, did not come to light until November with Chinada, China’s Anti-Doping Agency, explaining that it did not immediately announce the sanction because it only reveals positive tests every three months.

Sun gave up the chance to have the B-sample tested but defended himself in a July hearing where the experts decided to hand him a three-month ban, which was backdated to the time of the National Swimming Championships.

He claimed that he used the drug for medical reasons and had been unaware that it was listed in the World Anti-Doping Agency’s 2014 prohibited list.

Sun became the first male swimmer from China to win gold at the Olympic Games after taking the 400m and 1500m freestyle titles at London 2012.

Despite being a national treasure, Sun is no stranger to controversy having been held in police detention for seven days in November 2013 for colliding with a bus while driving his Porsche Cayenne without a licence.