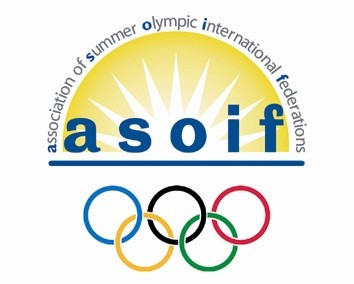 Swimming and gymnastics are the biggest winners and modern pentathlon the biggest loser in the new revenue distribution framework finalised by members of the Association of Summer Olympic International Federations (ASOIF) here this week.

This is even though the overall sum to be distributed might conceivably rise by as little as three per cent compared with the prior quadrennium and the number of recipients has increased by just under eight per cent, from 26 to 28, through the addition to the Olympic programme of golf and rugby sevens.

Paperwork circulated at the General Assembly explained that the International Olympic Committee (IOC) was reluctant to commit to distributing more than $530 million (£349 million/€488 million) to the 28 Federations, up from around $515 million (£339 million/€474 million) in the previous period.

However, it might stretch to an “exceptional contribution” to take account of the two extra sports and other details.

For that reason, the sums agreed are based on the ASOIF’s own estimate of what the total distributed will ultimately be; that is to say $550 million (£362 million/€506 million).

That jump reflected the near 50 per cent rate of growth achieved in the sum raised from broadcasting rights in 2009-2012.

Following changes in 2013, the 28 sports are now split into five groups, reflecting the magnitude of their respective contributions to the Games.

Five sports - athletics, equestrian, handball, hockey and modern pentathlon - look set to have to get by with less IOC money than in the prior quadrennium.

Athletics - which was getting more than twice as much as any other sport as recently as the quadrennium culminating with London 2012 - will suffer the smallest cut in percentage terms (11.5 per cent) among the quintet, but the largest ($5.2 million (£3.4 million/€4.8 million) in its cash allocation.

This will leave it with $40 million (£26 million/€37 million), just 25 per cent more than the $32 million (£21 million/€29 million) allocated to the next two biggest recipients, swimming and gymnastics.

Modern pentathlon, which has been bracketed with the two newcomers, golf and rugby sevens, stands to receive $13 million (£9 million/€12 million) - down 15 per cent.

A full list of allocations and the change from the prior quadrennium is as follows: