March 5 - It looks like Aminco are gearing up as we approach the Games. A new range of pins has been announced that should be available through April.


The first pins that we should see are countdown and show Wenlock at 6 months and possibly 100 days (still waiting for more information). 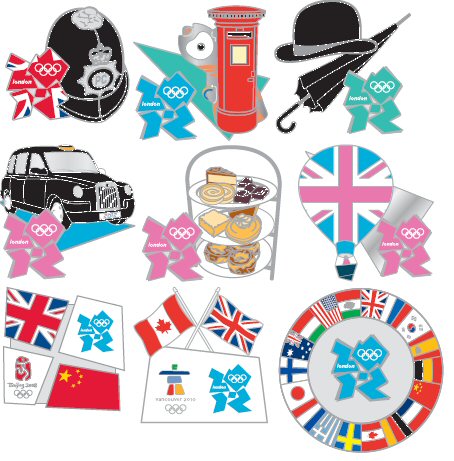 The British Life pins show a policeman's helmet, Wenlock and a post box, a bowler hat, a taxi and a cake stand.

The handover pins show Beijing/London and Vancouver/London handovers. The national flags pin which looked like it was being issued a while ago also looks like it's now being released.

As with all other Aminco pins issued under the USOC licence, these are made for sale to the US market only.