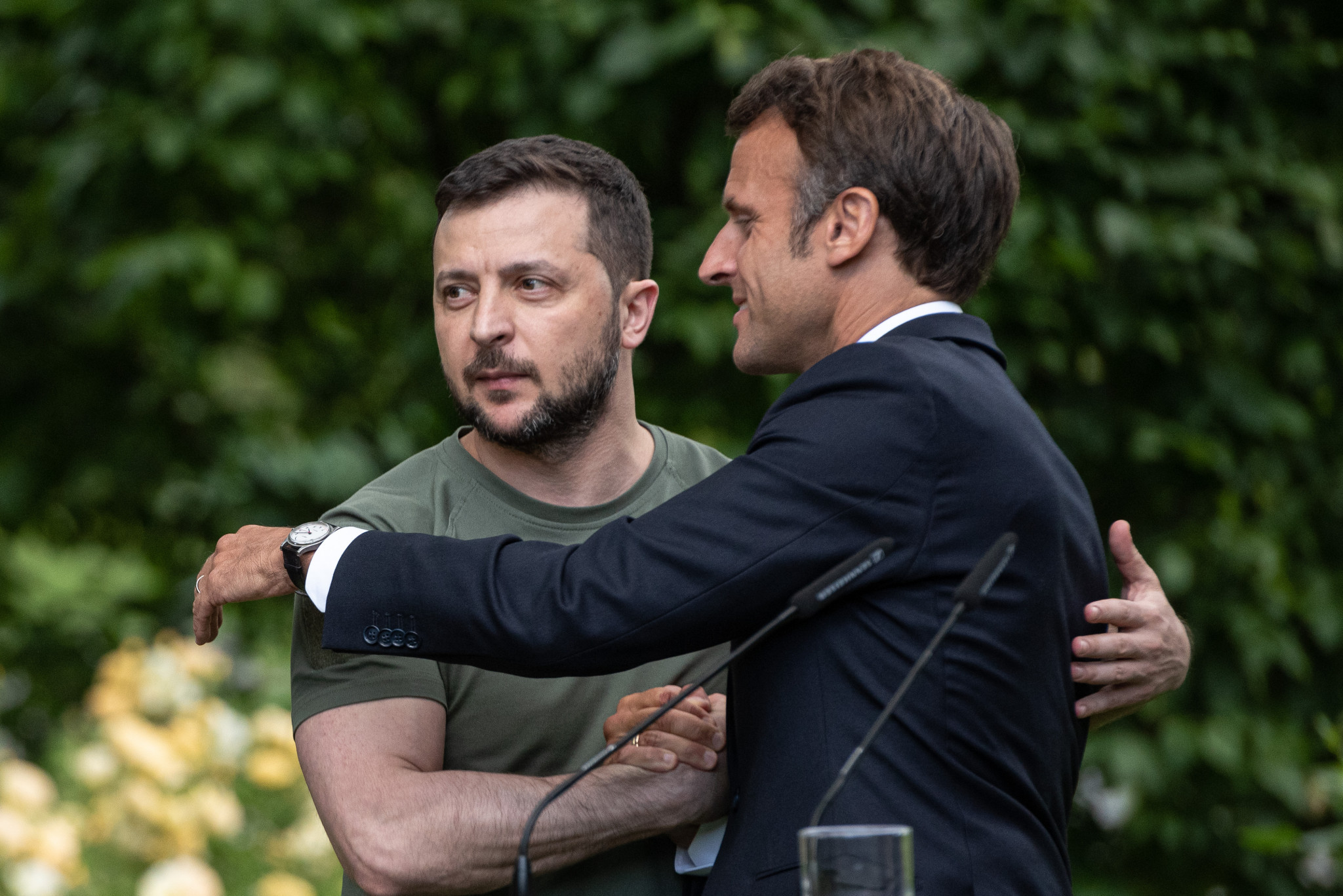 The International Olympic Committee (IOC) has claimed "the vast majority of participants" in consultation calls want a pathway for Russian and Belarusian athletes to return so they can compete at Paris 2024 after Ukrainian President Volodymyr Zelenskyy urged Emmanuel Macron to help ensure they were not represented at the Games.

Russian and Belarusian athletes have been largely frozen out of international sport since the invasion of Ukraine in February last year, but the IOC has entertained a proposal for both countries' athletes to compete as neutrals at Asian qualifying events for Paris 2024 made at last month's Olympic Summit.

Zelenskyy held talks with IOC President Thomas Bach last month and admitted he was "upset" at a potential return for Russian and Belarusian athletes.

During a call with French President Macron last night, Zelenskyy asked for his help to block their participation next year.

"I particularly emphasised that athletes from Russia should have no place at the Olympic Games in Paris," Zelenskyy wrote on Telegram.

The IOC has revealed it held consultation talks with IOC members, athletes' representatives, International Federations and National Olympic Committees on January 17 and 19 to discuss the outcome of the Olympic Summit, and the Executive Board held a meeting today to consider its conclusions.

It reiterated that sanctions against Russia and Belarus including a ban on national symbols remain in place and the Olympic Movement supports efforts to ensure Ukraine send a "strong team" to Paris 2024 and Milan Cortina 2026.

The IOC claimed that "the vast majority of the participants in each of the consultation calls" supported its stance on the participation of Russian and Belarusian athletes.

These include a view that "no athlete should be prevented from competing just because of their passport" and "Governments must not decide which athletes can participate in which competition and which athletes cannot".

A pathway for athletes' participation should be "further explored", with the Olympic Council of Asia's offer to facilitate Russian and Belarusian involvement "welcomed and appreciated".

This would be under "strict conditions" of neutrality and only for athletes who "fully respect the Olympic Charter", meaning they have not actively supported the war in Ukraine and comply with the World Anti-Doping Code.

This would be enforced through "individual checks" on "all entered athletes", with International Federations required to remove them from competition and report the incident to the IOC should these conditions not be met.

The IOC claimed that a "vast majority" of participants in the consultation meetings wanted the IOC to "continue the exploration of the above-mentioned concept by way of bilateral consultation", but insisted each International Federation is the "sole authority" of its international competitions.

It again referenced opinions of the United Nations General Assembly and key officials on sport, and pointed to the example of Yugoslav and Macedonian athletes at Barcelona 1992.

They participated under the Independent Olympic Participants banner because of United Nations sanctions against Yugoslavia.

While today's IOC statement does not immediately pave the way for Russia and Belarus to return to international sport under a neutral banner, it provides a further sign of the Lausanne-based organisation increasingly trying to position itself into a situation whereby they can.

Last month, Bach cited Macron in outlining the IOC's position that "we need to explore ways to overcome this dilemma with regard to athletes’ participation and come back to the sporting merits, and not to political interference" on Russia.

The French President has suggested "sport should not be politicised", and that "athletes from all countries, sometimes including countries at war" should be permitted to compete at major events, including Paris 2024.

Macron faced criticism from Kyiv last month after claiming that Russia would need security guarantees as part of future negotiations to end the war, and he appears to have taken a softer stance towards Vladimir Putin than many of his Western counterparts, although France has backed European Union sanctions against Russia and provided military aid to Ukraine.

Ukraine’s Sports Minister and National Olympic Committee of Ukraine President Vadym Guttsait has also urged the IOC not to lift a ban on Russia and Belarus at Paris 2024, highlighting that athletes from Russia were now serving in the country's armed forces and the impact of attacks on Ukraine.

The French capital is due to host the Olympic Games for the first time in a century next year from July 26 to August 11, followed by the Paralympics from August 28 to September 8.