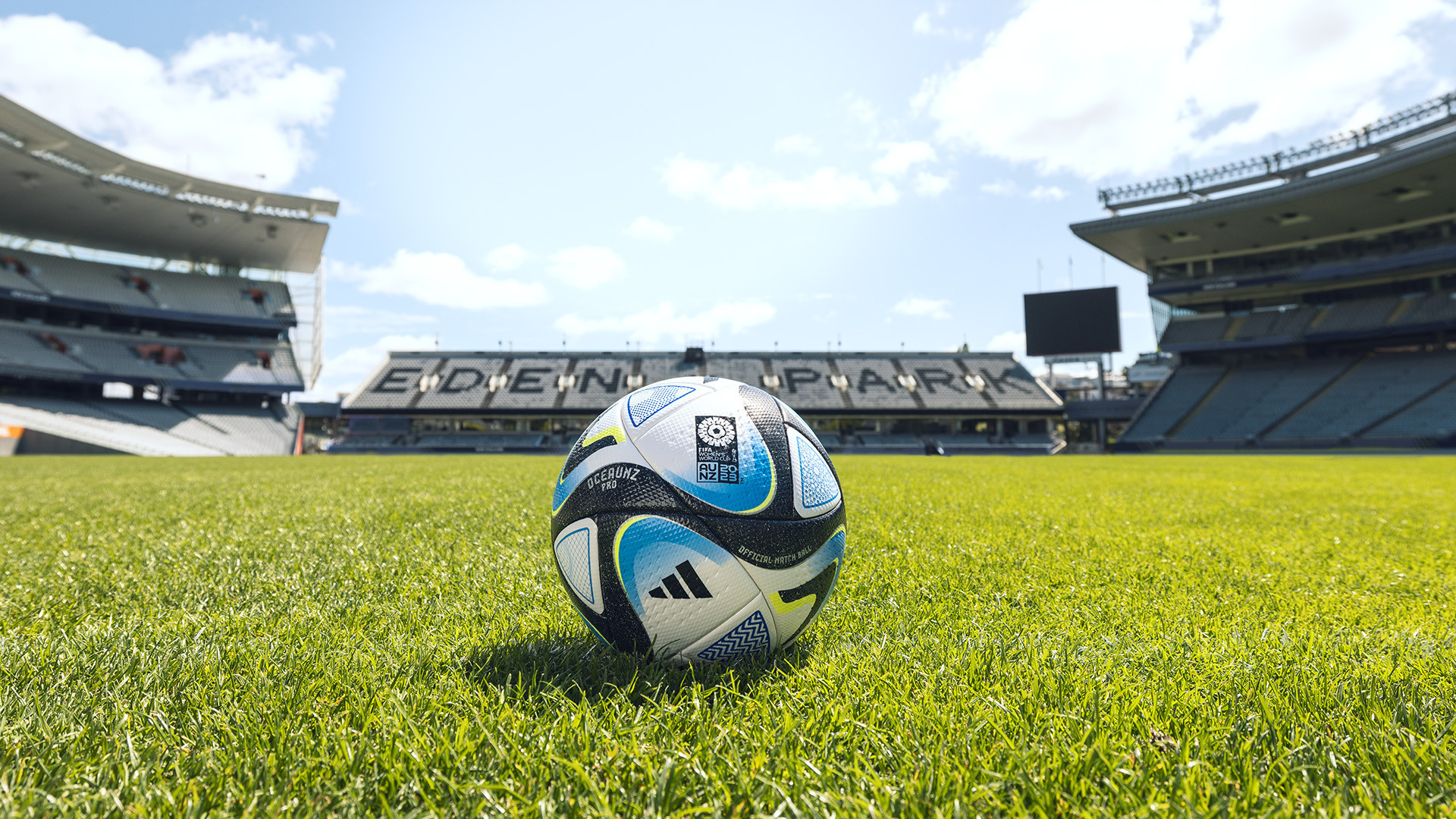 Adidas' OCEAUNZ has been revealed as the official match ball for the 2023 FIFA Women's World Cup in Australia and New Zealand, set to take place from July 20 to August 20.

The ball features a decoration of blue and green designs on a white background which are inspired by the Australasian landscape, with visuals paying tribute to the mountains of New Zealand and Australia's connection with the Indian Ocean.

"With record viewing figures for the Women’s Euros tournament last year, the upcoming World Cup is set to be a massive moment for the game that we love," said design director football graphics at Adidas Franziska Löffelmann.

"We're turning up with a match ball that we're incredibly proud of - featuring our innovative technology and with a design that represents the natural beauty of the landscape in which it will be played.

"The game is always evolving, and the design of the OCEAUNZ is built to help players cope with the pace and demands of the modern game.

"We're hugely excited for the FIFA Women's World Cup and to see the women’s game lifted to even further heights, in two fantastic host nations."

Like the ball for the men's FIFA World Cup in Qatar last year, OCEAUNZ features connected ball technology and provides ball data which will be used by video match officials in real-time during the tournament scheduled to take place between July 20 and August 20.

Adidas has pledged to donate one per cent of the ball's net sales to "Global Goal 5 Accelerator", a project aimed at increasing female participation, representation and leadership in grassroots football.

"The programme focuses on increasing girls' participation as well as the proportion of female coaches and female leaders in football for good community programmes, helping to ensure that every girl participant has a female athlete role model in their community," said Adidas in a statement.