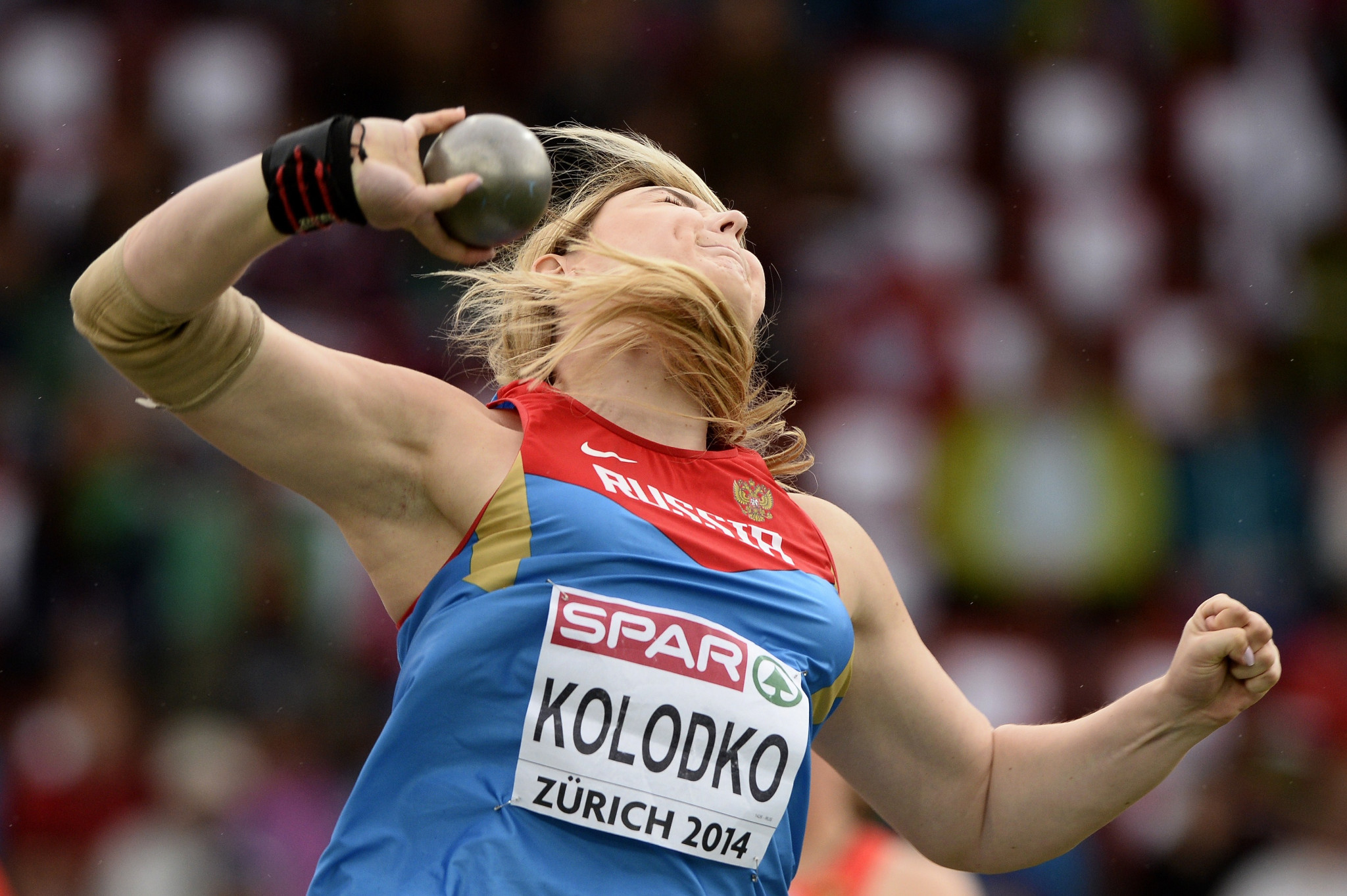 Another three Russian athletes were today banned for doping by the Athletics Integrity Unit (AIU) based on evidence obtained from the laboratory in Moscow.

They included shot putter Yevgeniya Kolodko, suspended for two years from January 11 and all her results between July 4 in 2012 and July 2 in 2016 disqualified.

That means she will be stripped of the silver medal she won at the 2014 European Championships in Zurich.

Kolodko had already lost the Olympic silver medal she won at London 2012.

Kolodko was initially awarded the bronze medal but upgraded to silver following the disqualification of Nadzeya Ostapchuk from Belarus, after recording her personal best of 20.48 metres.

In 2016, however, she was stripped of the medal after reanalysis of her samples from the event resulted in a positive test for the prohibited substances turinabol and ipamorelin.

In April 2017, Kolodko pleaded guilty to an anti-doping rule violation and served a two-year suspension between July 2016 and July 2018.

As a result of that incident, Kolodko had been disqualified from the 2013 European Indoor Championships in Gothenburg, where she had won the silver medal.

Her medal from the 2014 European Championships is now set to pass to Hungary’s Anita Márton, who had originally finished third in the competition won by Germany’s Christina Schwanitz.

Yulia Leantsiuk, a Belarussian who herself had served a doping ban between 2008 and 2010 and who had finished third in the Swiss city, is also set to be upgraded to the bronze medal.

Yesterday, the AIU had confirmed to insidethegames that Russian hammer thrower Sergey Litvinov would be stripped of the bronze medal he had won at the 2014 European Championships and banned for two years from November 2021.

That followed data discovered following analysis of the Laboratory Information Management System (LIMS) obtained by the World Anti-Doping from the Moscow Laboratory.

Litvinov, the son of Olympic gold medallist and former world record holder Sergey Litvinov, claimed in a post on Facebook that he had been pressurised by the All-Russian Athletics Federation to use banned performance-enhancing drugs.

The AIU also announced the suspension today of other Russian athletes, including Yelena Churakova, who competed in the 400 metres hurdles at London 2012, reaching the semi-finals, and discus thrower Yekaterina Strokova, who represented her country at consecutive World Championships in Moscow in 2013 and Beijing in 2015.

Both were convicted as a result of the evidence obtained from LIMS.

It is a second doping suspension for Churakova having been disqualified for two-years in April 2013 after testing positive for testosterone.