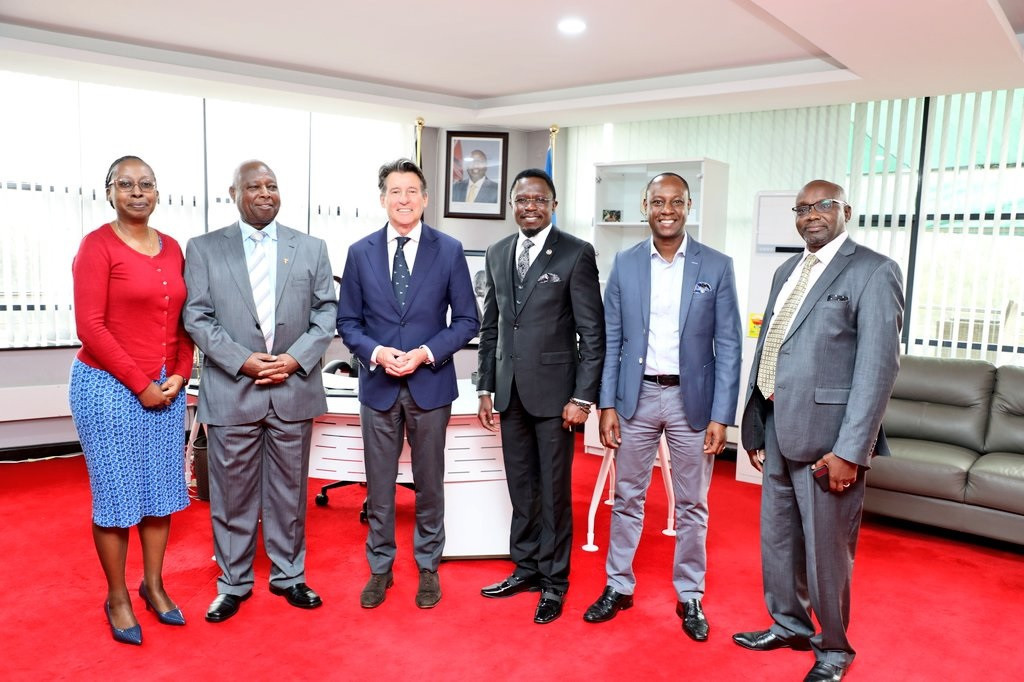 World Athletics President Sebastian Coe has claimed that there is "no suggestion" of state-sponsored doping in Kenyan athletics despite a spate of positive drug tests.

Athletics Kenya was spared of a lengthy ban by the worldwide governing body after Coe was impressed by the Kenyan Government's swift action to tackle the doping problem.

According to the Athletics Integrity Unit (AIU), Kenya has 54 athletes serving bans - the third most behind Russia with 92 and India with 65.

Russian athletes were banned from competing under the national flag, anthem and name of the country in major international sporting competitions for two years in response to a cover-up of a state-sponsored doping programme that was revealed in 2016.

"Let me thank you in a special way for listening to the Kenyan government on our plan and intention to eradicate doping amongst our athletes," said the CS, "I assure you that doping is not state sponsored and we welcome the @aiu_athletics guidance regarding what we have to do." pic.twitter.com/S3JefvOYUU

The Russian Athletics Federation also remains barred from World Athletics events - a ban that has been in place since November 2015.

Speaking a press conference in Kenyan capital Nairobi, Coe said World Athletics was taking a "different approach" in the case of Kenya compared to Russia.

"The case against Russia was about cover ups that were planned at the state authority level, but there is no suggestion that this is the case in Kenya," said Coe in a report by BBC Sport Africa.

"In fact, quite the reverse.

"The fact that all these agencies are in alignment and prepared to work alongside World Athletics and the Athletic Integrity Unit is a very, very important statement."

V grateful to the Government of Kenya - ⁦@WilliamsRuto⁩ & ⁦@AbabuNamwamba⁩ – for meeting me to discuss their plans to end doping in Kenya. The issue is being treated as a matter of strategic national interest with a cross government & national multi-agency response pic.twitter.com/SULDPvyn4p

During his visit to Kenya, Coe met with Kenyan President William Ruto and Sports Minister Abadu Namwamba as well as representatives from Athletics Kenya and anti-doping authorities and several athletes.

Coe said he was pleased with the pledges made by Kenya to rid doping from athletics but insisted that it was important to ensure that the country was "making the right kind of progress".

"The journey will be a long journey," said Coe.

"We should not kid ourselves that this is going to be achieved overnight.

"But the goal is worth it."

President Coe lauded the government's efforts to fight the doping menace, thanking H.E. President William Ruto on his commitment to fight doping in the country. pic.twitter.com/a3GyNhZoqO

Kenya is one of seven "Category A" nations deemed by the AIU to have the highest doping risk and threaten the overall integrity of the sport.

The Kenyan Government announced in November that it was committing $25 million (£20.5 million/€23.7 million) to fighting doping.

Namwamba has also said that the country needs to "criminalise doping".

"Rather than hide from these grim statistics, rather than bury our head in the sand like the proverbial ostrich, we have accepted the challenge," said Namwamba.

"We have agreed that we have a problem and we have moved on to prepare on how to confront that problem head on."