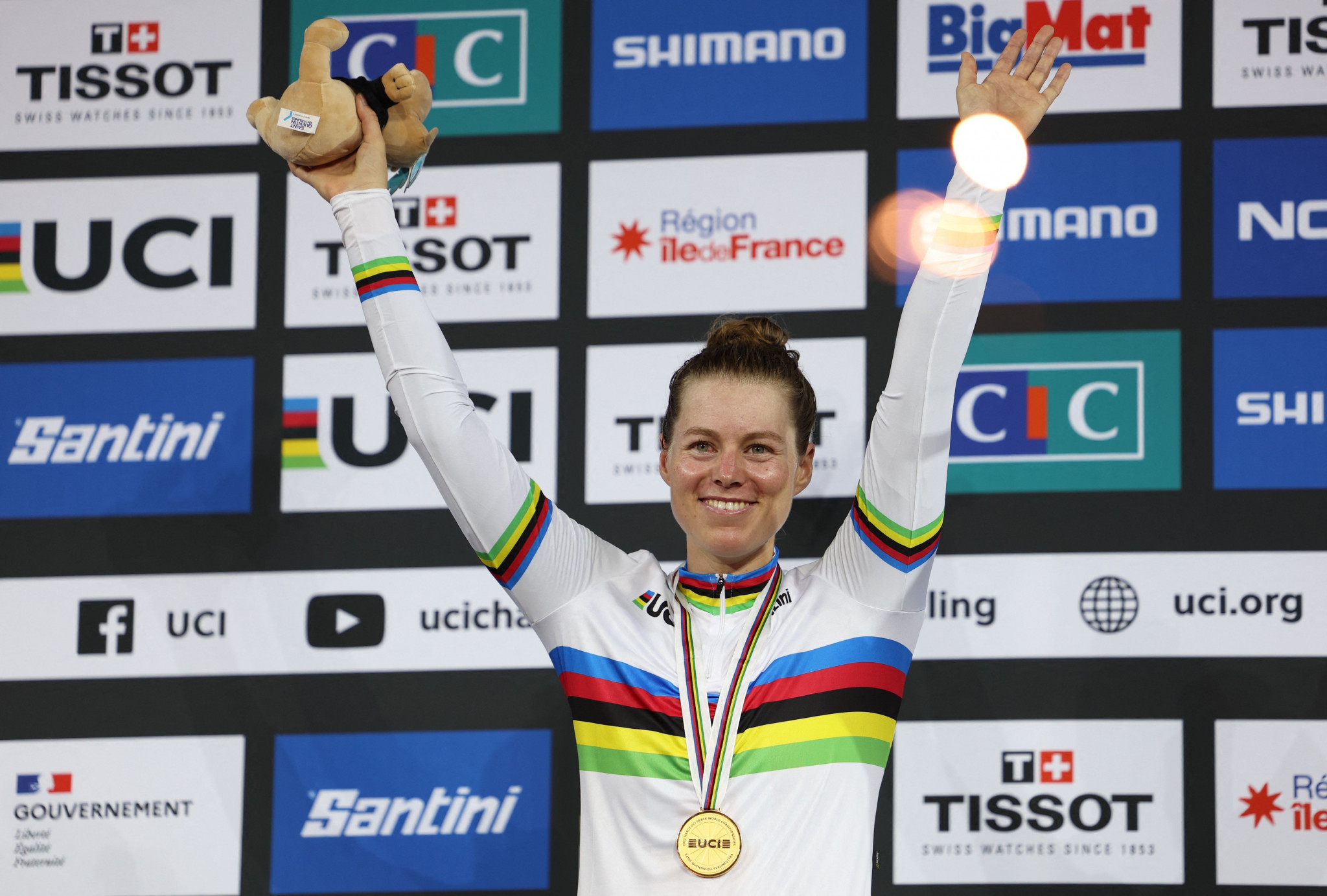 Katie Archibald of Britain settled for second place in the women's endurance event after Jennifer Valente of the United States beat her to it with 161 points.

While she won the final elimination race ahead of Valente, 158 points were not enough to retain the title for Archibald.

The sprint title among women was bagged by Germany's Mathilde Gros, who amassed 140 points.

She even won the final sprint race in London to pip Kelsey Mitchell of Canada on 127 and Shanne Braspennincx of The Netherlands on 122 to claim silver and bronze respectively.

Short by two points, Harrie Lavreysen of The Netherlands bagged silver and Stefan Botticher of Germany took bronze with 136 points.