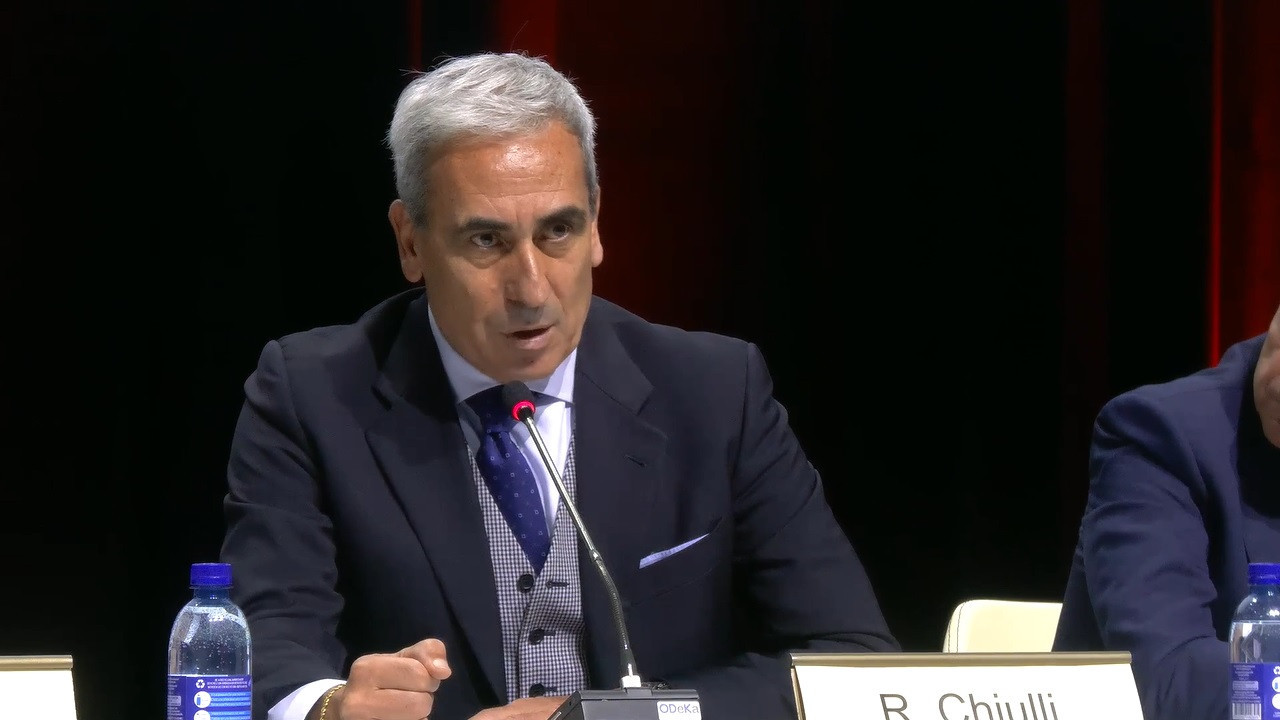 GAISF's 55-year existence as the umbrella body for all the Olympic and non-Olympic International Federations (IFs) is to come to an end after members voted to dissolve the organisation at an Extraordinary General Assembly here last night.

Once the liquidation process has been completed, SportAccord will be responsible for distributing GAISF's assets, worth CHF5.66 million (£4.9 million/$6 million/€5.74 million), between the four umbrella organisations with ARISF set to receive a 30 per cent share.

Chiulli described SportAccord as the "new house" for the umbrella bodies and believes the dissolution of GAISF has created an opportunity to "refresh" ARISF's strategic vision.

The move has been portrayed by some as the IOC looking to gain further control and IFs no longer having an autonomous body to represent their interests.

But when asked whether it was power grab by the IOC, Chiulli told insidethegames: "I don’t think so.

"I think that we need to work with the IOC, we don't have to forget that ARISF is the association of all the IOC-recognised international sports federations and the IOC is our key stakeholders along with others.

"We are convinced that we will maintain our independence by working with the IOC.

"It has been possible until now and will be possible in the near future so I don't see that as an issue."

A total of 70 members voted in favour of dissolution with 22 voting against at the GAISF Extraordinary General Assembly.

Chiulli, who led GAISF between the 2018 and 2021, claimed the decision to abolish the organisation was a "very important", insisting it was "not the end but the start of a very interesting process".

"I am happy that our members did follow the recommendation of the [GAISF] Council by choosing to vote for the dissolution but at the same time together to build a new house for all the umbrella organisations and the new house is the new SportAccord," said Chiulli.

"ARISF will have a 30 per cent share within this new organisations and will be represented at the Executive Committee level with two members.

"We will also be part of the new Membership Commission so we will have a say in terms of deciding on the new IFs to be accepted and we will have a role in the multi-sport Games which are important because we need to think about new ways to generate revenue and delivering new services to our members.

"I think this is in line with what is happening within the society.

"The society is changing rapidly and profoundly and the world of sport has got to follow those changes.

"In a world where you have limited resources you don't need redundancies and unnecessary layers.

"You need to optimise the cost, you need to maximise the efficiency and you need to ensure that the human resources are properly used to deliver on certain targets that have been set so certainty for ARISF it is a great opportunity to refresh our strategic vision and come out with an updated mission.

"It's going to be a very, very interesting near future and we are very happy that we are going to be a key player within the new family of international sport."