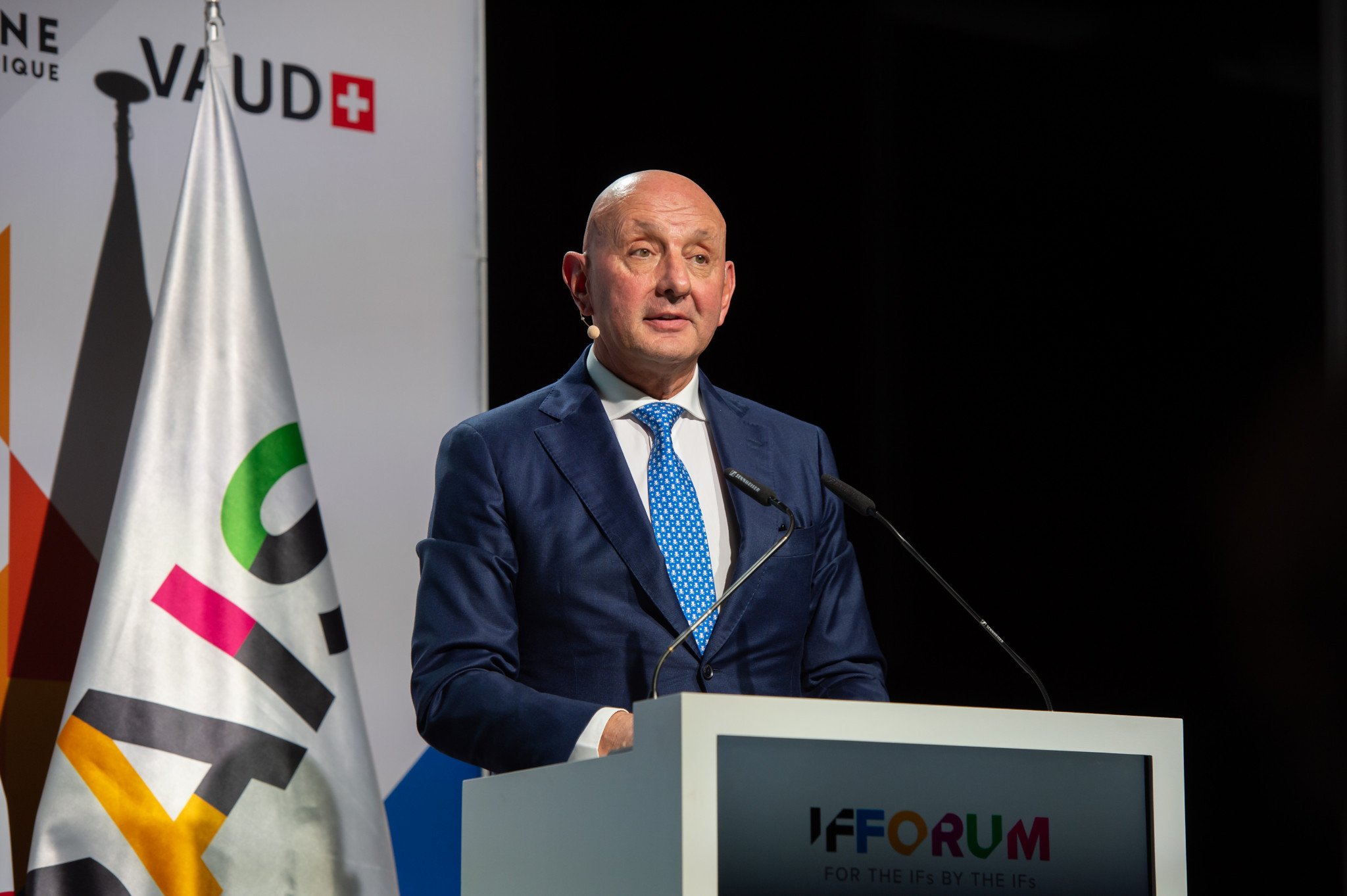 Global Association of International Sports Federations (GAISF) President Ivo Ferriani has been urged to postpone the vote to decide the future of the umbrella body here due to "a number of unanswered and unclarified questions".

The International Orienteering Federation (IOF) has sent a letter, obtained by insidethegames, to Ferriani calling on him to consider delaying the vote on the proposed dissolution which is set to be held at the GAISF Extraordinary General Assembly at the SwissTech Convention Center in the Olympic Capital tonight.

"We strongly feel that in the interest of good governance this is the right thing to do," the letter from the IOF read.

The IOF said it was "generally in favour" of the move but insisted that there were areas that needed to be clarified before holding the vote.

"After participating at the ARISF General Assembly and further discussions with members of GAISF, we see that there remain a number of unanswered and unclarified questions which are not practical to address to all members in advance of the Extraordinary GA of GAISF," the IOF said.

"We see that members are not comfortable with the process and information that has been provided in advance of this very important decision."

Among the areas of concern for the IOF includes the process to recognise International Federations, claiming that there is not enough "detail or clarity".

"It is not clear how the new structure will help in resolving issues of rivalry and what legal protections are in place for sport bodies on both sides of such rivalries," the IOF said.

The IOF called for "transparency" over SportAccord statutes and details on how associate members will be included in the new structure.

"We would therefore ask you to consider postponing the decision on the dissolution of GAISF until the next available time when the global sports community is gathered, in connection with the next SportAccord Convention, which you mentioned would be held in April or May 2023," the IOF said.

"Up until that time we would ask the GAISF Council and SportAccord Executive Council to further develop and communicate the detailed components of these important steps, so that GAISF members can make a truly informed decision.

"We strongly feel that this is important regarding the good governance of GAISF and the umbrella organisations."

Dissolution would require a two-thirds majority of GAISF’s full members, meaning it would take 33 votes to block it in the event of a 100 per cent turnout.

"A negative result of the vote on dissolution at the planned Extraordinary General Assembly this evening, or a vote without a very clear majority in favor, could potentially have very negative consequences and long-lasting effects upon the relations between sports bodies and the global sports community," the IOF added.

"We feel it is a priority to maintain the unity of a global sports community even if this is achieved in a new form.

"As we said above we support the concept presented but feel there are too many unanswered questions and details missing to make informed decisions."