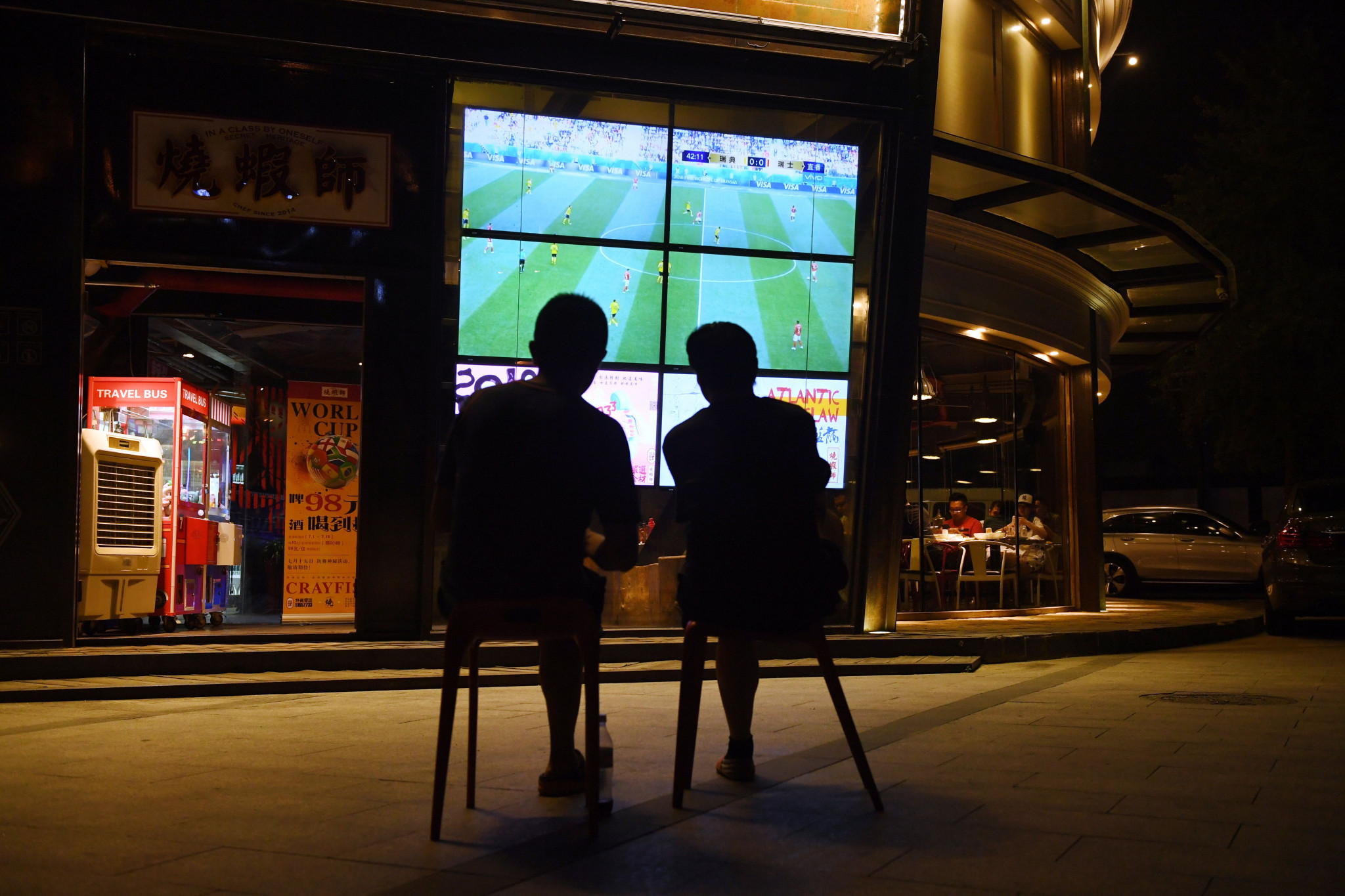 The Qatar 2022 FIFA World Cup is being showed in China without images of crowds, with the state broadcaster cutting out footage of fans not wearing masks, as the country looks to continue its zero-COVID-19 approach to the pandemic.

China Central Television (CCTV) has streamed matches with a 30-second delay, showing an edited feed separate from the FIFA-approved one used worldwide.

Protests have been growing across China over strict restrictions, with some parts of the nation still under lockdown, with officials citing the spread of the virus as the reason for this.

One case of resistance was in Urumqi in the Xinjiang region, after a fire killed 10 people in a building under lockdown.

Bill Birtles, East Asia correspondent for Australian broadcaster ABC, noticed the differences in the feeds shown in Australia and China on Twitter.

"So I thought it was BS [bullshit] that China's Government broadcaster was censoring shots of fans at the World Cup due to lockdown anger back home, but it's true," said Birtles.

"Here's the Canadian goal from the same match.

"The international feed everyone else gets shows fans close up.

"CCTV switches out those shots with feeds of coaches or wide shots.

"It's imperfect though - one cheering fan shot snuck through in the replay."

So I thought it was BS that China’s govt broadcaster was censoring shots of fans at the World Cup due to lockdown anger back home. But it’s true.
Here are live feeds from SBS & CCTV (which has a 32 second delay). As ⁦@DreyerChina⁩ explained, CCTV avoids crowd close ups: pic.twitter.com/wWui0cTdkC

During the feed, images of fans during Croatia's 4-1 victory over Canada, were replaced by the national team coaches.

China looks to keep on top of censorship within the country after a BBC camera operator and journalist Edward Lawrence was arrested yesterday for retweeting a video of anti-lockdown protests in Shanghai.

According to the BBC, Lawrence was detained for hours before being released, and claimed he was beaten and kicked by police.

Xi Jinping, the President of China, has been a proponent of the zero-COVID-19 policy, which has led to the cancellation of several international sporting events due to logistical issues of holding competition in the country due to the social restrictions.