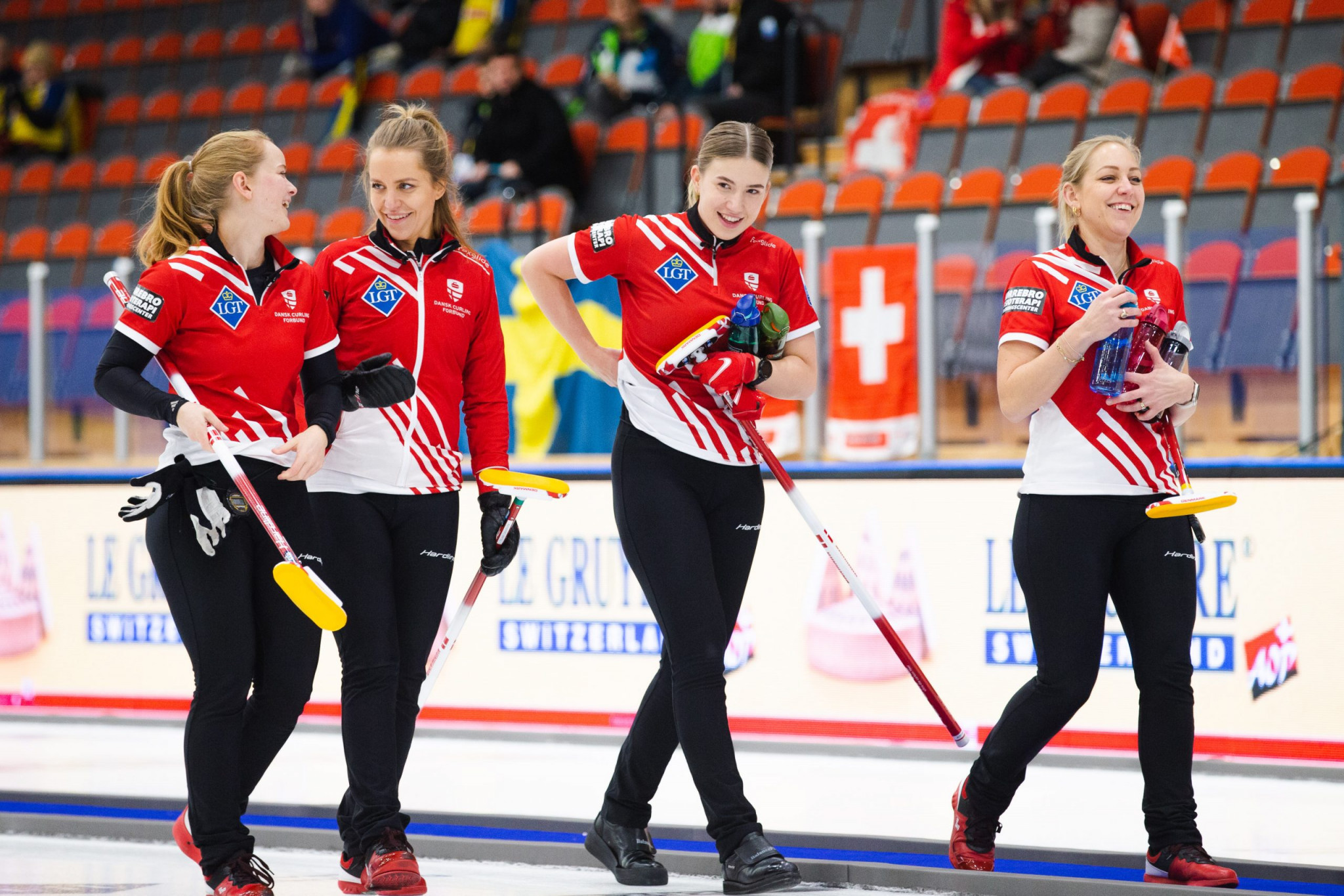 Denmark is seeking their first title in 28 years at the European Curling Championships in women's competition, following a rousing victory over a new-look Scottish team in the semi-finals in Östersund.

Madeleine Dupont is to play in her second European final after her rink won silver 20 years ago in Gridnelwald.

Her team of Mathilde Halse, sister Denise Dupont and My Larsen have found themselves in a rich vein of form - their best form in over a decade - having won eight of their nine round-robin matches to top the standings.

In the semi-finals they faced Rebecca Morrison's Scotland, who they defeated in the preliminary stages.

A plucky finish to the round-robin saw her side edge one of the favourites, Anna Hasselborg's Sweden, to the final spot in the knockout round.

Dupont's team were ruthless, effectively ending the match by the halfway point after scoring three in the third end, followed by consecutive steals of two and three.

Making it 9-1 by the end of the fifth, Morrison's rink were hoping for a breakthrough and it did not come, with hands being shook at the end of the eighth with the score finishing 11-3.

Madeleine Dupont 🇩🇰 takes a very good chance for Denmark, as she draws to the four-foot for three points! 👏#ECC2022 #curling
Watch live on the Curling Channel at https://t.co/fy3vfdC4XH pic.twitter.com/WdrI2S0yFh

Silvana Tirinzoni's Switzerland progressed to the final too with a 9-5 victory over Stefania Constantini's Italy.

Tirinzoni was joined by Alina Pätz on her rink - one of the best pairings in women's curling currently - as well as Carole Howald and Briar Schwaller-Hürlimann, regarded as a firm favourite to make the final.

Despite losing to Constantini's quartet in the round-robin, the Swiss got the win this time around.

It came down to making the most of the hammer, with Switzerland scoring at least two in each of their four ends closest to the centre.

Scotland and Italy are to play for bronze.

Men's semi-finals are set to take place tomorrow, with Yannick Schwaller's Switzerland topping the standings by virtue of a superior draw shot challenge over Bruce Mouat's Scotland and Joël Retornaz's Italy, with all teams finishing with 8-1 records.

Eriksson finished on a 6-3 record - two ahead of the next-best teams - keeping home interest going into the knockout stages.

Usually playing third, Eriksson is standing in for his skip and fellow Olympic gold medallist Niklas Edin who is recovering from a knee injury.