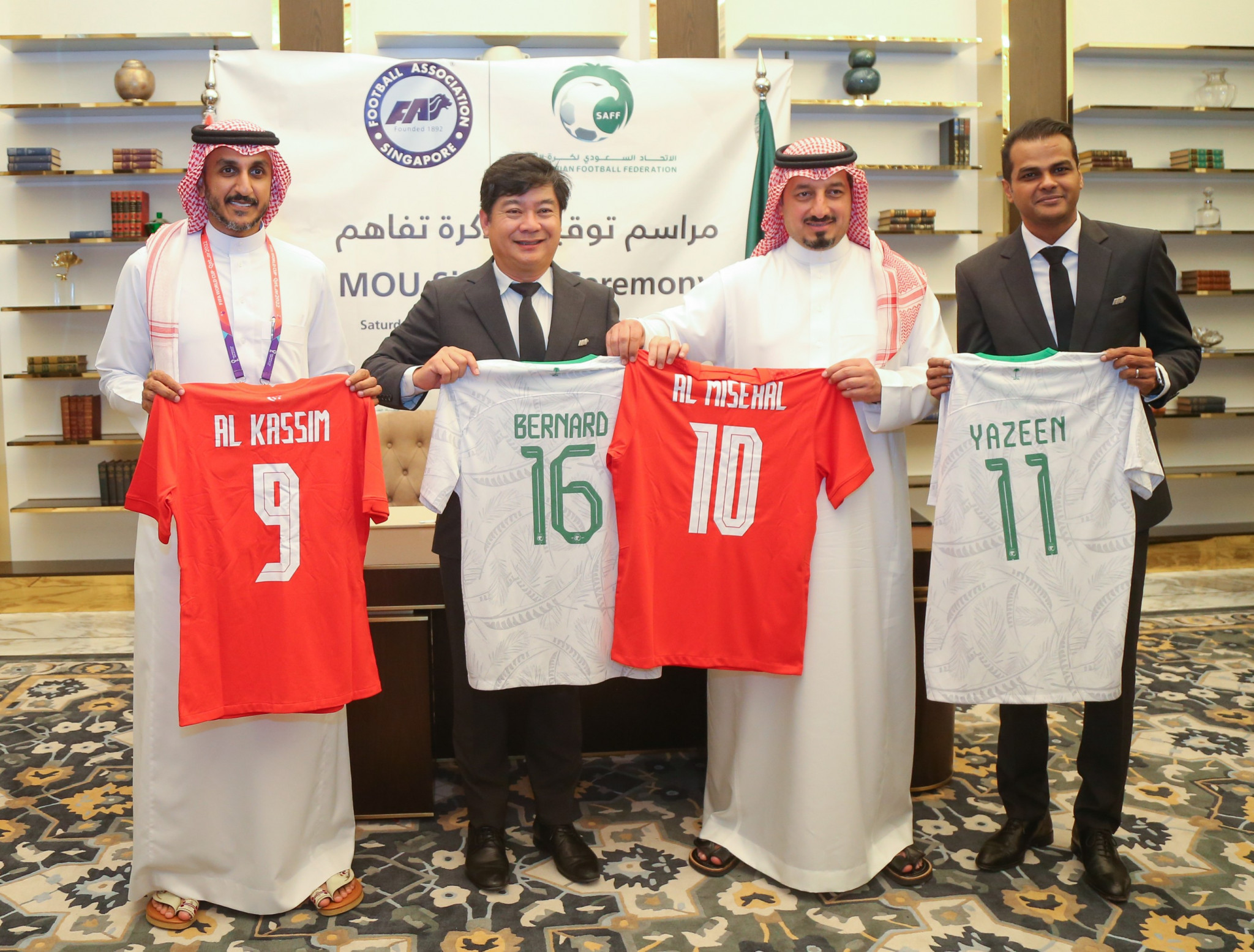 The Saudi Arabian Football Federation (SAFF) and the Football Association of Singapore (FAS) have signed a Memorandum of Understanding (MoU), with their collaboration partnership being formed on the eve of the opening day of the Qatar 2022 FIFA World Cup.

It aims to improve development of the sport in both countries over the next two years across five areas.

Youth national teams from both countries are to play each other in friendlies and tournaments, while Singapore's women's team is to use the facilities in Saudi Arabia for training camps.

"We are extremely pleased to embark on an exciting new chapter of collaboration with our friends at the Football Association of Singapore," said SAFF President Yasser Al Misehal.

"As a fellow Asian Football Confederation member association, our relationship stretches many years, and we're proud to have strengthened and formalised it today.

"Football in Singapore is going through a transformation and we both share massive ambitions for the future to nurture male and female talent and compete on the biggest global stages.

"It represents an excellent example of grassroots development and how multiple entities can come together to grow the beautiful game in the country."

Saudi Arabia is set to play at its sixth World Cup, in a group with Argentina, Poland and Mexico.

Its women's team is among the worst in the world, having only started playing friendlies early this year in line with Government reforms to improve the nation's image.

This included improving rights for women.

Singapore does not fare much higher, with its national team sitting 134th in the world rankings.

"With SAFF’s expertise in football development at both youth and senior levels, we are confident that this MoU will be a beneficial and fruitful one, and are fully committed to actively cooperating and collaborating on a regular basis to strengthen our excellent relations," added Tan on the agreement.

Singapore's men's national team is at one of its lowest rankings in its history, currently sitting 160th.