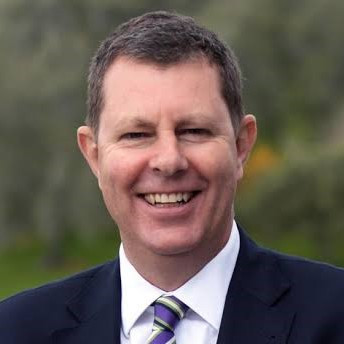 The International Cricket Council (ICC) Men's T20 World Cup 2022 has once again shown us the power of T20 cricket to connect, entertain and inspire the world. The event, which saw England beat Pakistan in a thrilling final last Sunday (November 13), was the culmination of an exceptional tournament which has set new heights for our game.

Most pertinent to me has been an incredibly exciting product, and a standard of cricket that has captured the imagination of new and existing fans more than ever.

For many, the highlight will be the India v Pakistan group-stage match - a true battle of the ages - which saw India come out on top in front 90,000 fans at the Melbourne Cricket Ground. If we needed a single example of how special T20 cricket can be, then this might be the game. The joyous atmosphere as two groups of fans came together to celebrate the game they love with such passion and the noise… the noise was like nothing I have ever heard at a sporting fixture.

Fan engagement throughout the tournament has lived up to our hopes and more. Despite some challenging weather, attendances for the group stages averaged over 25,000, and the semi-finals and final held in front of sell-out crowds. Online, the ICC received record engagement levels, at the time of writing we're still waiting for full engagement figures, but pre the knockout stages we had already set new records across all platforms. Put simply, this was a World Cup that engaged the world like never before.

Perhaps the most positive long-term indicator of this game's health, however, came with the unpredictability of the on-field action.

Our time in Australia, the hosts for the tournament, has seen a number of surprising results. Victories by Namibia, Scotland, Ireland and The Netherlands over the likes of West Indies, England and South Africa not only provided great entertainment, but also served as an important signal of increased international competitiveness.

Last year, the ICC announced its new Global Growth Strategy, to strengthen and grow the game across the world. This strategy focuses on six distinct yet complimentary ambitions, ranging from grassroots participation, digital engagement and increased competitiveness among nations.

Core, traditional cricket nations have been at the heart of our sport for so long, and this it not something we take for granted. We are incredibly proud to have a passionate fanbase of more than one billion people, and online engagement that surpasses any other sport federation in the world. Now, we want to extend our this base even further to new markets.

T20 is our global growth vehicle and how we take that step.

It's hard to keep Jos Buttler away from that #T20WorldCup trophy 🏆 pic.twitter.com/aHiLVe91eT

The opportunity here is clear. Over the past decade or so, the growth of T20 domestic leagues has raised the profile and revenues of cricket in an unprecedented way. The Indian Premier League, a T20 league, already ranks as the second most valuable on a per game basis - behind only the National Football League - in just its 16th season. Now we want to support all 108 of our ICC Member Associations to maximise the benefits that this format brings.

First on that list is the United States, which in itself forms a key pillar of our Strategy.

The potential for cricket in the US excites us immensely. The US currently ranks as cricket's third-largest TV market, with approximately 30 million fans in the country.

Having concluded the 2022 T20 Men's World Cup, the baton will now be passed to the US, who - alongside the West Indies - will be hosting the next edition in 2024. This will be the first time that this event has been held outside of a traditional cricket country, and something we hope will inspire all of our developing nations.

Next year will also see the inaugural season of Major League Cricket, a new T20 franchise league featuring teams in Dallas, Washington DC, Los Angeles, New York, San Francisco, and Seattle. The league has already generated investment of more than $120 million (£100 million/€115 million), with investors including the likes of Microsoft chief executive Satya Nadella and Adobe chief executive Shantanu Narayen. We expect this league to grow rapidly, and it has already started attracting the interest of some of the biggest names in the game.

These steps will be crucial, but we are clear on our number one priority - inclusion into the Los Angeles 2028 Olympic Games sports programme.

The Olympics is the biggest event in the world - one that would showcase cricket like never before and provide fresh opportunities for all of our Member Associations. In turn, we believe that cricket - with its fanbase and geographical reach - would open new audiences to the Olympic Movement and new commercial interest to the Games in a way that no other sport can do. A true win-win.

Earlier this year, we were delighted to have been invited by LA28 to make our case for cricket's inclusion, and look forward to continuing the process into next year.

The past month has once again shown our potential.