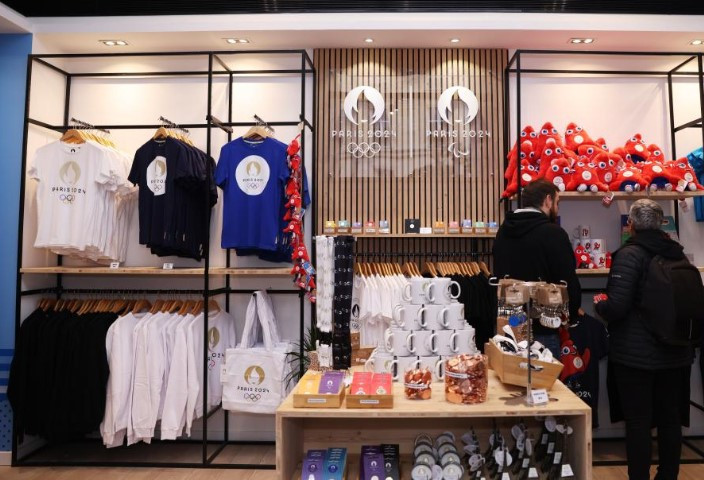 The first official store of the 2024 Olympic and Paralympic Games in Paris has officially opened in the city's Forum les Halles.

Following the release on Monday (November 14) of the Games' mascots which take the form of Phrygian caps, the Organising Committee has begun its retail operation with the more than 600 days to go.

The shop in the first arrondissement takes the form of a humble 80-metres-squared room.

Security guard have taken up their post but the first day of business did not see many customers as the opening was deliberately kept low-key.

There is an array of Paris 2024 merchandise on sale at the shop including mini–Eiffel Towers decorated with the Olympic rings, magnets, key rings, caps, sunglasses and tote bags available.

Clothing is also on offer, produced by the French team's official partner Le Coq Sportif, with tee-shirts and jumpers for sale initially.

In total, the Paris 2024 Organising Committee is hoping to make €2 billion (£1.75 billion/$2 billion) from all of its retail outlets.

A fifth of this is expected to come from mascot sales after a similar figure was achieved at Tokyo 2020.

The Phrygian caps, which could be released in a wearable version, has symbolised freedom for the French for centuries.

It is notably seen in Eugène Delacroix's painting Liberty Leading the People, worn by Marianne who personifies the concept of freedom.

"For the very first time in the history of the Games the mascot isn’t an animal but really an ideal," said Julie Matikhine, brand director of Paris 2024.

"We wanted the Paris 2024 mascot to be entitled to have a view and to share it with the world."

There are two Phryges, one to represent the Olympics and the other the Paralympics.

They share the motto, "alone we go faster, but together we go further".