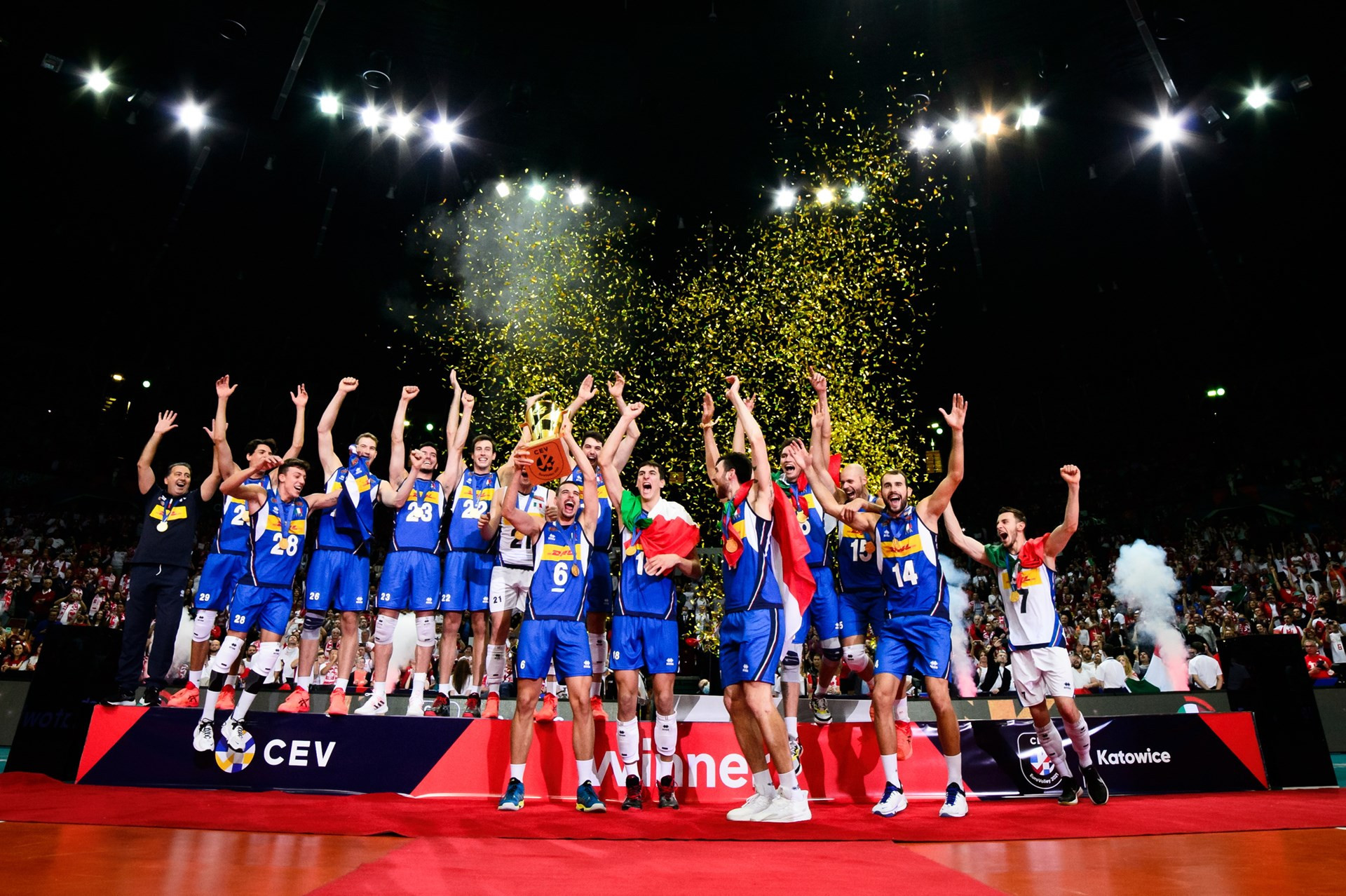 Teams competing at the 2023 European Volleyball Championships are due to join the host nations in their pools at tomorrow's draw of lots in Naples.

The event is scheduled to take place in the Palazzo Reale di Napoli, with 24 teams due to find their places at each of the European Volleyball Confederation (CEV) competitions.

Both tournaments are scheduled to co-hosted by four teams, with Italy, North Macedonia, Bulgaria and Israel staging the men's edition.

As reigning champion in both, the Italians are big favourites even before finding their pool-stage opposition.

The men's side go into Pool A while North Macedonia, Bulgaria, and Israel take the first spots in Pools B, C, and D, respectively.

Meanwhile Italy are in Pool B for the women's tournament, Belgium are drawn first in Pool A, and Germany and Estonia find themselves in Pools C and D, respectively.

As with previous editions, the four host countries per tournament have the right to choose one team among those qualified to join the pool that they will be hosting.

Following their selections, the remaining 16 countries will be drawn out of the pots until the final place is taken to complete the structure of six teams in each of the four pools.

The CEV and the Italian Volleyball Federation together chose the venue.

The Palazzo Reale di Napoli is a palace, museum, and tourist attraction in central Naples.

It owes its name to the House of Bourbon, which resided their while ruling the Kingdom of Naples and later the Kingdom of the Two Sicilies until 1861.

The draw is set to be livestreamed from the Campanian capital on the CEV's YouTube channel from 5pm local time.