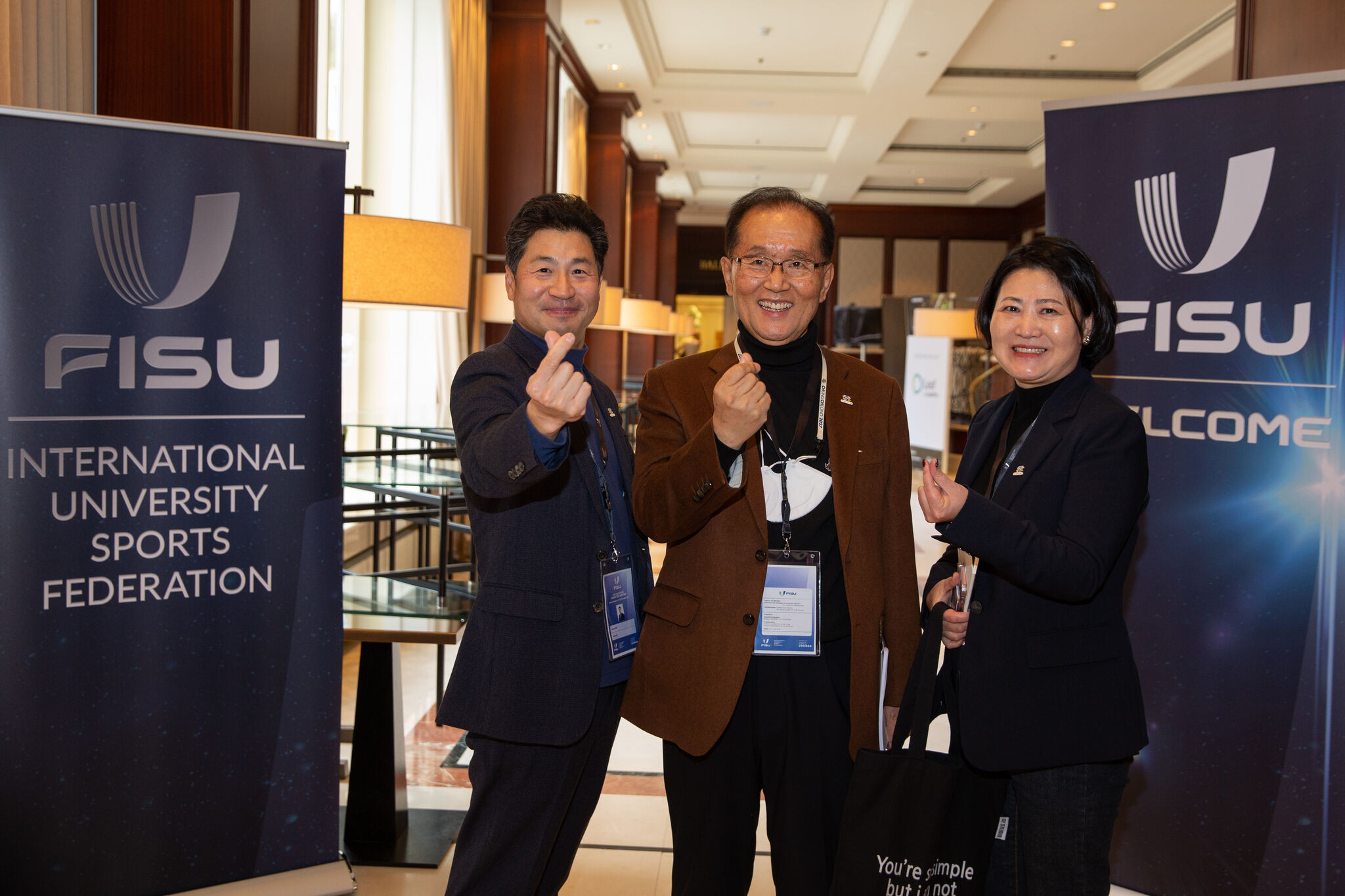 Chungcheong received 14 of the 21 votes from the FISU Executive Committee at its meeting in Belgium's capital Brussels, staving off a challenge from North Carolina in the United States.

Organisers insisted that they have Governmental backing for €1.7 billion (£1.5 billion/$1.8 billion) infrastructure projects in the region, billed as "the second capital" of the country since 2010, and the most of the development would have taken place regardless of the outcome of the vote.

Kim - who was also secretary general for Gwangju's successful campaign for the 2015 FISU Games - said that he was "thrilled" at the Executive Committee's decision, and thanked the Bid Committee's staff for their work over the last two years.

"I think FISU members valued on our three key strengths which can make a best FISU event," Kim told insidethegames.

"Many EC members remember that Gwangju 2015 was one of the best events in FISU history, not only Gwangju but the other two events in Korea hosted successfully [the Daegu 2003 Summer Universiade and Muju-Jeonju 1997 Winter Universiade].

"Chungcheong has all resources to host the successful FISU event.

"Throughout COVID-19, we faced a new format of social standard, and we felt our sport event also needed to change with a new format.

"As you know, our vision is Step, Jump and Leap.

"We suggested the FISU event to create new university sport culture with the advanced high technology, which is most well known and leading the world in IT sectors.

"Third is the united voice and strong support.

"We received a very strong support from more than 5.6 million of Chungcheong's people, and the four cities and province's Governments also work as one team."

Kim claimed that the 2027 FISU Games would bring "great momentum to create the strong megacity", consisting of Daejeon, Sejong, Chungbuk and Chungnam, and provide "once-in-a-lifetime experiences to the region".

North Carolina missed out on staging the 2027 edition, and FISU secretary general Eric Saintrond has admitted that he wants to avoid a repeat of the bidding race for future editions, and hopes to "find a solution" for the American state to host the multi-sport event.

Kim praised the North Carolina 2027 Bid Committee for its efforts.

"We would also like to express our regrets to the people of Raleigh, Durham, Cary, Chapel Hill and Greensboro in North Carolina, USA," he said.

"Their Bid Committee members fought in good faith until the end.

"North Carolina was a great partner for the bid race and their warm passion towards university sports is well respected."

Chungcheong's presentation to the Executive Committee was led by communications director Irene Tae, who believes the contrast with North Carolina's emphasis on existing university campus facilities worked in its favour.

"We did have a very different approach, and no doubt North Carolina has very good assets, like they have the best facilities and venues, and we don't have anything at the moment," she told insidethegames.

"We already had plans, so we actually had a very futuristic approach of the plans, whereas I think our competitors were more focusing on what they have now, so I don't know what the Executive members were taking priority in, but I guess the difference was the factor."

Tae also claimed that "stable support is very important" from the South Korean authorities, and suggested that Chungcheong 2027 aimed to engage as wide an audience as possible.

"We're just thankful for the decision, but for people who might think that the FISU Games might only be something for the university students, I hope they watch and see what we do for 2027 because we really want to expand it out to everyone, not only university students," Tae added.

"We are going start off with the online Torch Relay.

"That is currently available with the NFT technology, so before when you had the torch you could only go around in a certain space, which is just around the country starting from Greece, but if you have this online torch relay, you can go around the world, so we want everyone to easily participate and have accessibility, so we just hope you keep your minds open until 2027."

South Korea has declared that it is considering a bid for the 2036 Olympics and Paralympics, and Tae hopes that the experience from the 2027 FISU Games could benefit the country should it proceed with those plans.

"We definitely think [it would] enhance the bid if we are going to do it because for a very smooth flow of organising such a mega event, experience is key and of course, the Koreans are very good when we have to do something as a group - we come together," she said.

"The experience made us richer for the past few decades, and we want to gain more expertise on this part because I think the sports movement and sports events in general might change its forms and sizes, and we would like to adapt to that.

"If we add in more technology and more experience, I think it would be good."

Upcoming editions of the Summer World University Games are due to be held in Chengdu next year, after it was twice delayed due to China's COVID-19 restrictions and Yekaterinburg had its hosting rights suspended, and Rhine-Ruhr in 2025.