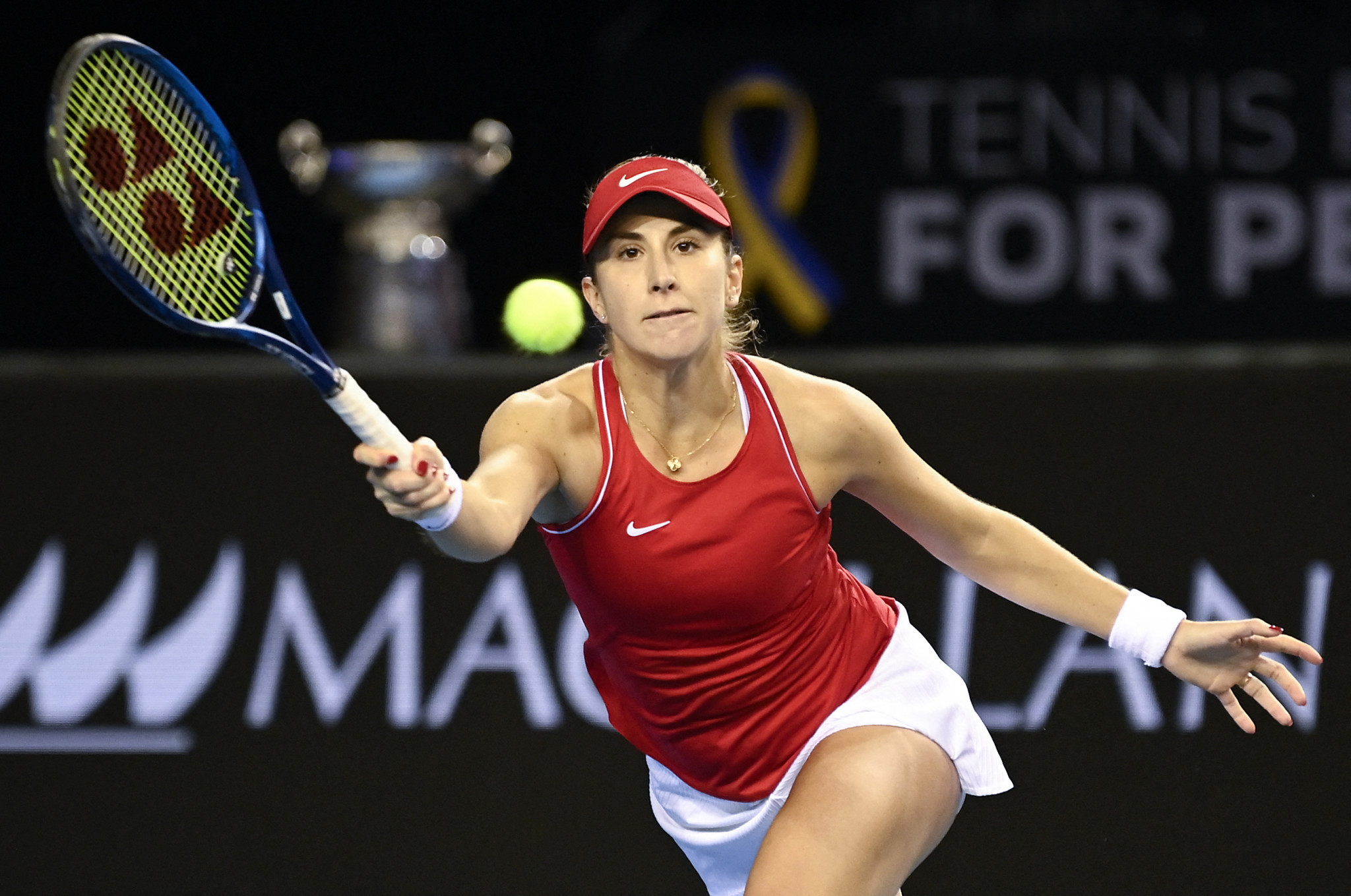 Australia and Switzerland are to face off for the Billie Jean King Cup, following respective semi-final victories over the British hosts and the Czech Republic.

Switzerland won both singles rubbers versus their Czech opponents in straight sets at Glasgow's Emirates Arena to continue what has so far been a dominant run.

The Swiss have lost just one match within their three ties so far at the finals of the Billie Jean King Cup.

The Swiss were runners-up a year ago - defeated by a Russian Tennis Federation team banned this time around because of the war in Ukraine - and will be seeking a first-ever title tomorrow.

By contrast, Australia are seven-time winners.

However, it has been 48 years since Australia's last title - and they have been runners-up nine time since that victory in 1974.

Their semi-final with Britain went to the third match, and a third-set tiebreak, but Storm Sanders and Samantha Stosur overcame Alicia Barnett and Olivia Nicholls 7-6, 6-7, 10-6.

Sanders also won in the singles, versus Heather Watson.

Harriet Dart beat Ajla Tomljanovic to get a point back for Britain and necessitate the doubles match.

Australia reaching the final is all the more impressive when it is remembered that the country's best tennis player, Ashleigh Barty, retired earlier this year aged just 25.