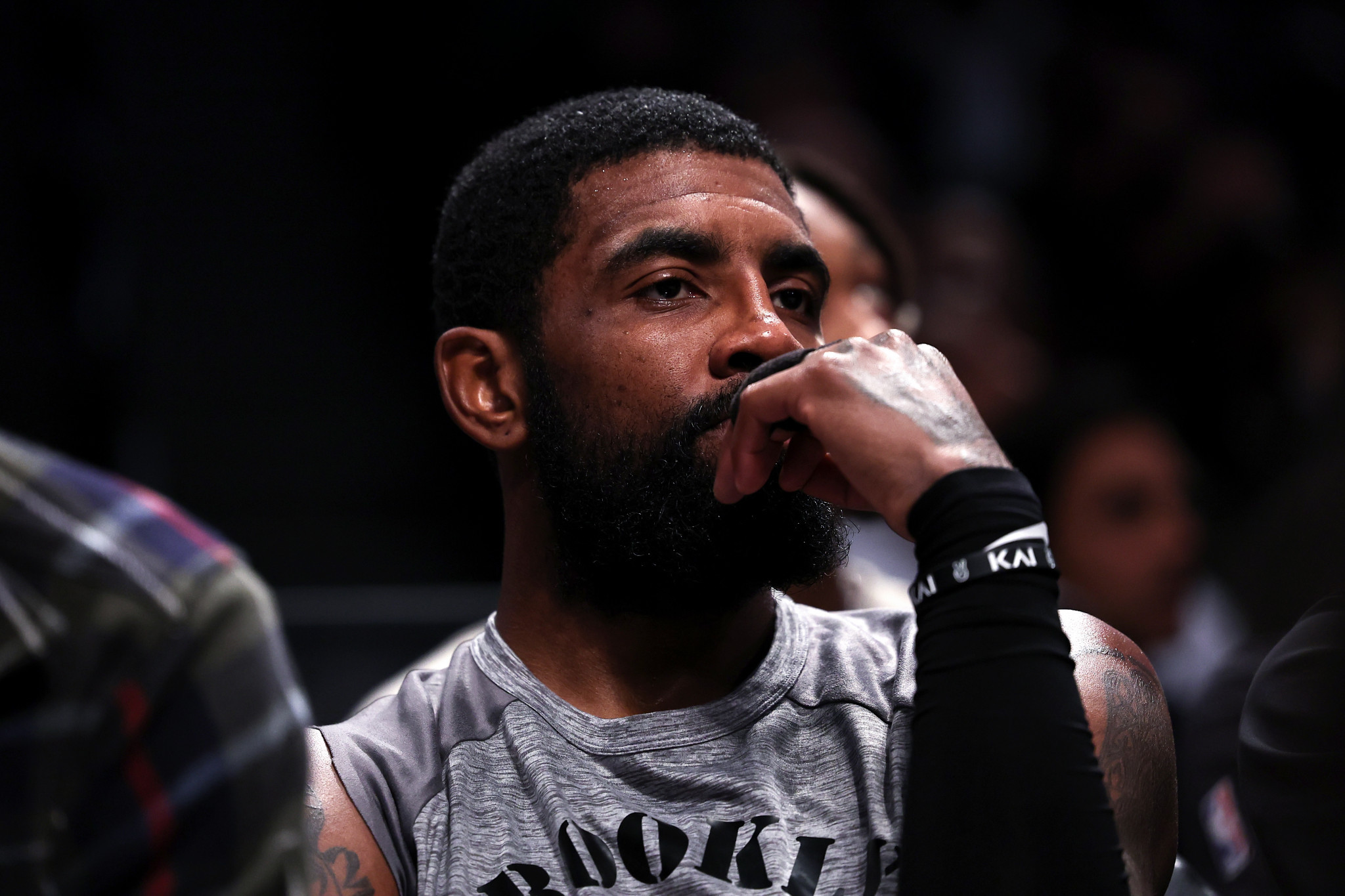 The Brooklyn Nets point guard posted the documentary Hebrews to Negroes: Wake Up Black America on his Twitter and Instagram accounts.

This release is a Black Hebrew Israelite documentary which echoed the conspiracy that Jewish people controlled the African slave trade and media.

Irving first made a tweet about the Black Hebrew Israelite doctrine in March last year.

Black Hebrews claim black people are the real Jews, with some followers of this belief resorting to anti-Semitism.

At a press conference, Irving doubled down on sharing the film.

"I'm not going to stand down on anything I believe in," said Irving, who won gold with the United States at the Rio 2016 Olympics.

"I'm only going to get stronger because I'm not alone.

"I have a whole army around me."

In response, some Jewish fans of the National Basketball Association (NBA) team turned up to the Nets' home match against the Indiana Pacers with "Fight Anti-Semitism" shirts.

Nets owner Joe Tsai criticised Irving's post saying he was "disappointed" that his player had created the attention for the film that was "full of anti-Semitic disinformation".

The NBA condemned all forms of hate speech in a statement.

Although it is not suggested it was related, Nash was fired as head coach of the Nets after the match, with only two wins from seven.

Irving said he embraces "all religions" in response to Tsai's comments.

He has caused controversy already with his refusal to get the COVID-19 vaccine, meaning he has played in only 29 regular season games out of 82 last year.

This month he has also shared a video of conspiracy theorist Alex Jones - who recently lost a defamation case after making accusations against the families of the Sandy Hook school shooting victims - where he suggests there is a New World Order.