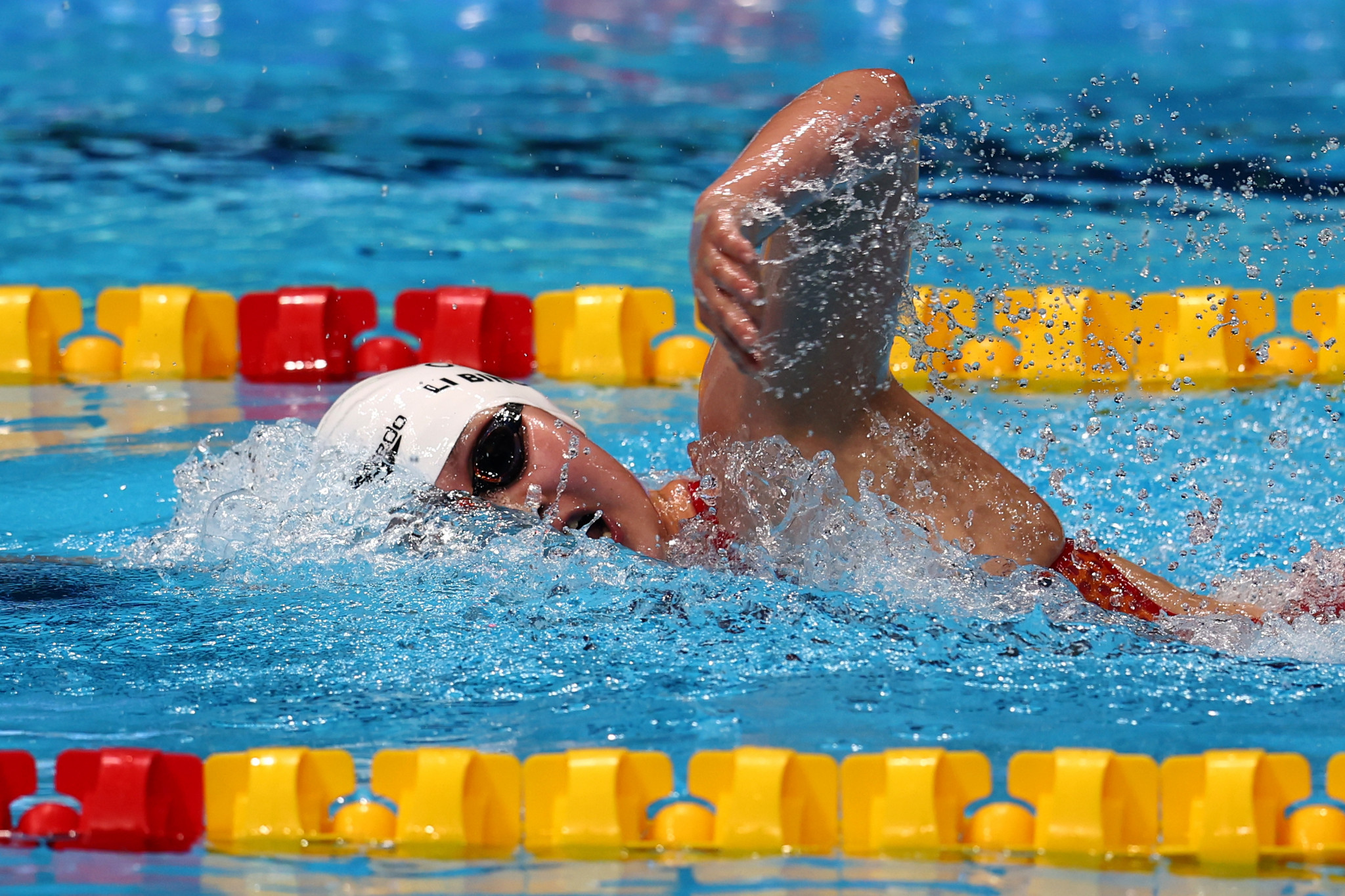 Li clocked a stunning time of 3min 51.30sec, shaving more than two seconds off the previous record of 3:53.92 set by Australia's Ariarne Titmus in 2019.

"I was surprised with my result," said Li, as reported by state-run Chinese news agency Xinhua.

"I have returned to the pool only for two months since I took a vacation after the World Championships in Budapest in Hungary.

"I hope I could get faster and do my best in the upcoming [World Championships]."

Li is set to go into the World Swimming Championships (25m), scheduled to be held from December 13 to 18 in Melbourne in Australia, as the defending champion in the women’s 400m and 800m freestyle having triumphed in both events last year.

She won the 400m freestyle title in 3:55.83, which was her previous best time over the distance before her world record-breaking exploits.