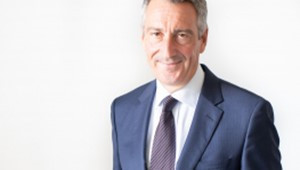 insidethegames had revealed exclusively yesterday that Hatt had left the organisation after 10 years in the role.

"The Executive Committee of SportAccord are pleased to have appointed Martin Gibbs at the head of our executive team, as we enter a phase of change and opportunity for the organisation," said SportAccord and Global Association of International Sports Federations (GAISF) President Ivo Ferriani.

"With his experience of managing change and driving improvements in governance and organisational performance we are confident Martin is the right person for the task of laying sound foundations for the future."

Gibbs is the former director general of the International Cycling Union (UCI), a role he was appointed to in 2013 after leading Brian Cookson's successful campaign to unseat Pat McQuaid as President.

It was a role the British-French national held until 2017 when David Lappartient defeated Cookson in the next election.

At the UCI, Gibbs successfully managed a period of extensive institutional change, including radical improvements in anti-doping, governance, ethics and organisational performance.

Gibbs takes over at SportAccord at a difficult time.

The annual SportAccord World Sport and Business Summit, bringing together international sports federations and organisations involved in the business of sport, which it organises has not taken place since 2019 due to COVID-19 and the Russian invasion of Ukraine.

Chinese capital Beijing and then Olympic capital Lausanne in Switzerland had been due to stage the 2020 edition, but the pandemic led to it being cancelled altogether.

Yekaterinburg was then supposed to host the Summit in May 2021, before it was rescheduled to November 2021 due to the continuing effects of coronavirus and then again to May 2022 before being called off following Russia's invasion of Ukraine.

So far, a host city for 2023 has not been finalised and there are no plans in the near future to announce one.

It is widely assumed that if a host cannot be found, then Lausanne will step in to stage it.

Gibbs is a lawyer with a background in finance before he moved into sport administration.

Before joining the UCI, the Oxford University graduate worked as policy and legal affairs director at British Cycling.

Since leaving the UCI, Gibbs has worked as a non-executive director at Sport Resolutions, the independent sports arbitration and dispute resolution service and is a member of the International Equestrian Federation's Tribunal, responsible for hearing cases involving equine and human anti-doping and other disciplinary matters.

He is also the special adviser to the Centre for Sport and Human Rights.

Gibbs' first task in his new role will be help organise the annual IF Forum, which insidethegames earlier revealed exclusively will be a key meeting in the potential abolition of GAISF.

As well as managing director of SportAccord, Hatt was also the interim manager of GAISF.

The IF Forum, set to bring together 300 leaders from more than 125 world governing bodies, is due to take place at the Olympic Museum in Lausanne on November 28 and 29.

"The IF Forum 2022 will give sport’s leaders an excellent chance to engage with experts in various fields with the aim of sharing ideas and forging new relationships that will lead to tangible benefits across various areas of responsibility and development," Ferriani said.

"The Olympic Museum is an outstanding destination for this essential annual event, and I am very much looking forward to our community being able to meet again in person at the IF Forum."