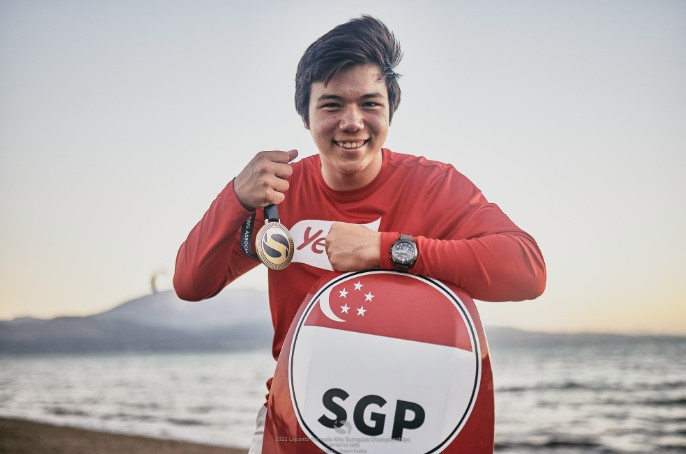 Maeder battled through wind speeds of almost 35 knots to close out the victory in the first heat of the final in Nafpaktos in Greece.

Vodisek trailed behind him as France's Benoit Gomez took third.

Due to the teenager being from Asia, Vodisek became European champion, Gomez was upgraded to silver and Italian Riccardo Pianosi collected bronze.

Meanwhile, French representative Lauriane Nolot - who also claimed victory in the first heat of the final - came out on top in the women's event.

Nolot capitalised on Gisela Pulido of Spain taking a safe wide turn by conducting a high-risk manoeuvre to cut inside to then sail to the win.

Pulido had to settle for third as Nolot's compatriot, Jessi Kampman, edged into second place.

The athletes have a quick turnaround from their European outing as they look forward to the Formula Kite World Championships, which has been scheduled to take place between October 8 and 16 in Sardinia in Italy.