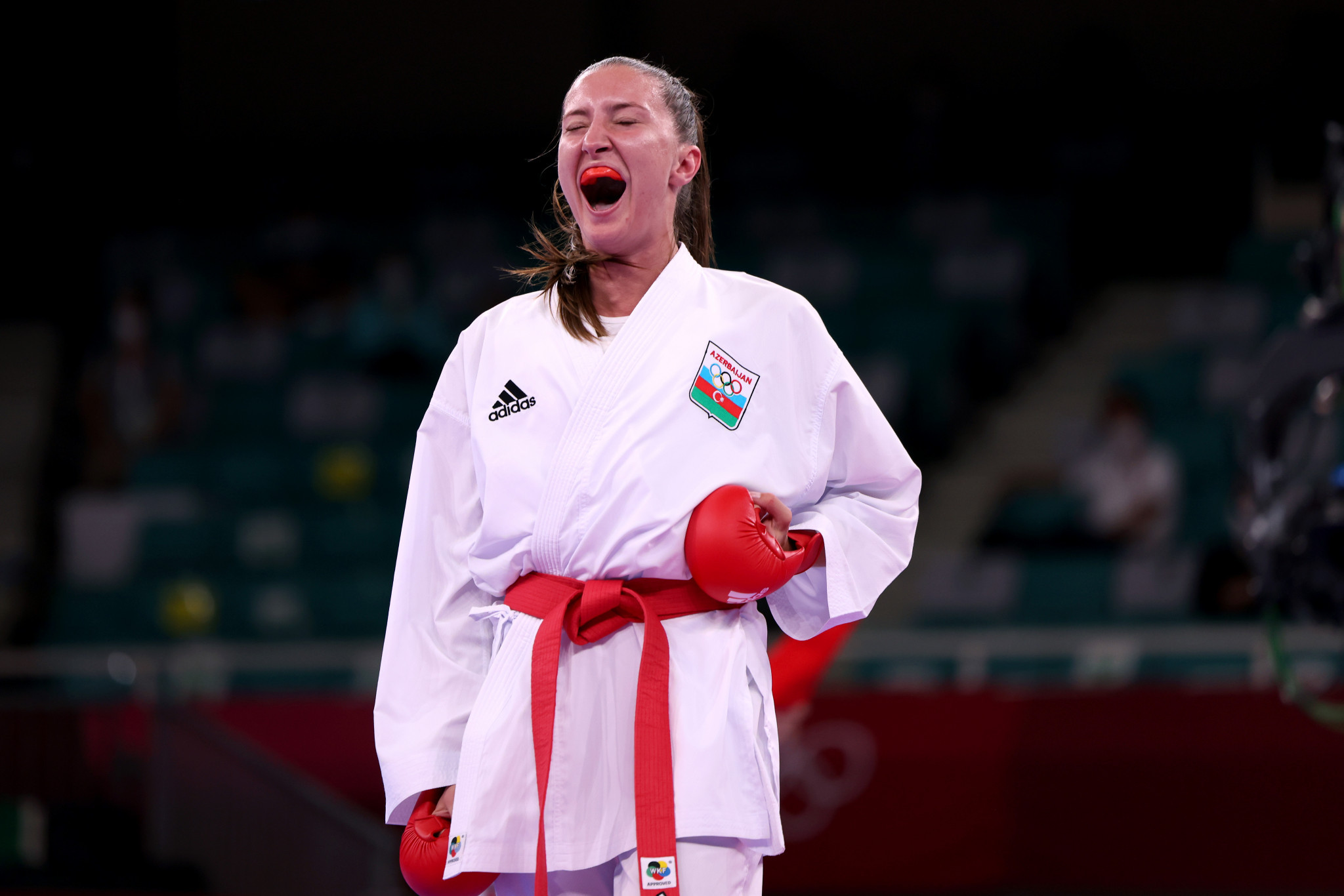 Home favourite and Olympic silver medallist Irina Zaretska was among the athletes who excelled and booked her place in tomorrow's finals at the Karate 1-Premier League event in Azerbaijan's capital Baku.

The reigning women's kumite under-68 kilograms world champion beat Morocco's Nisrine Brouk 3-0 in the semi-finals at the Heydar Aliyev Sports Hall, and is set to compete in her third final of the year tomorrow.

Zaretska is set to face Italy's Silvia Semeraro in the gold-medal bout, following her impressive 13-3 victory over Kazakhstan's Assel Kanay.

Egypt's Taha Mahmoud triumphed in this category at the last Premier League event in Rabat, and is set to have the chance to make it back-to-back victories after a narrow 1-0 triumph over Turkey's Fatih Şen.

World champion Youssef Badawy eased past Azerbaijan's Turgut Hasanov 6-0 in the men's kumite under-84kg semi-finals, but Japan's Rikito Shimada prevented it from being an all-Egyptian final as he overcame Mohamed Ramadan 6-3.

Ukraine’s Anita Serogina has medalled at each of this year's Karate 1-Premier League competitions in the women's under-61kg, and reached another final by beating Romania's Mihaela Malauta Miruna 5-0.

The finals of #Karate1Baku are now completed!! Who's your favourite to win 🥇 tomorrow?

Sweden's Anna-Johanna Nilsson is set to be her opponent tomorrow, reaching her maiden international karate final by edging past Iran's Rozita Alipourkeshka 2-1.

Nishiyama scored 25.34 in his contest to beat compatriot Ryusei Ikeda, who posted 24.94.

The Karate 1-Premier League event in Baku is due to conclude with the finals tomorrow.