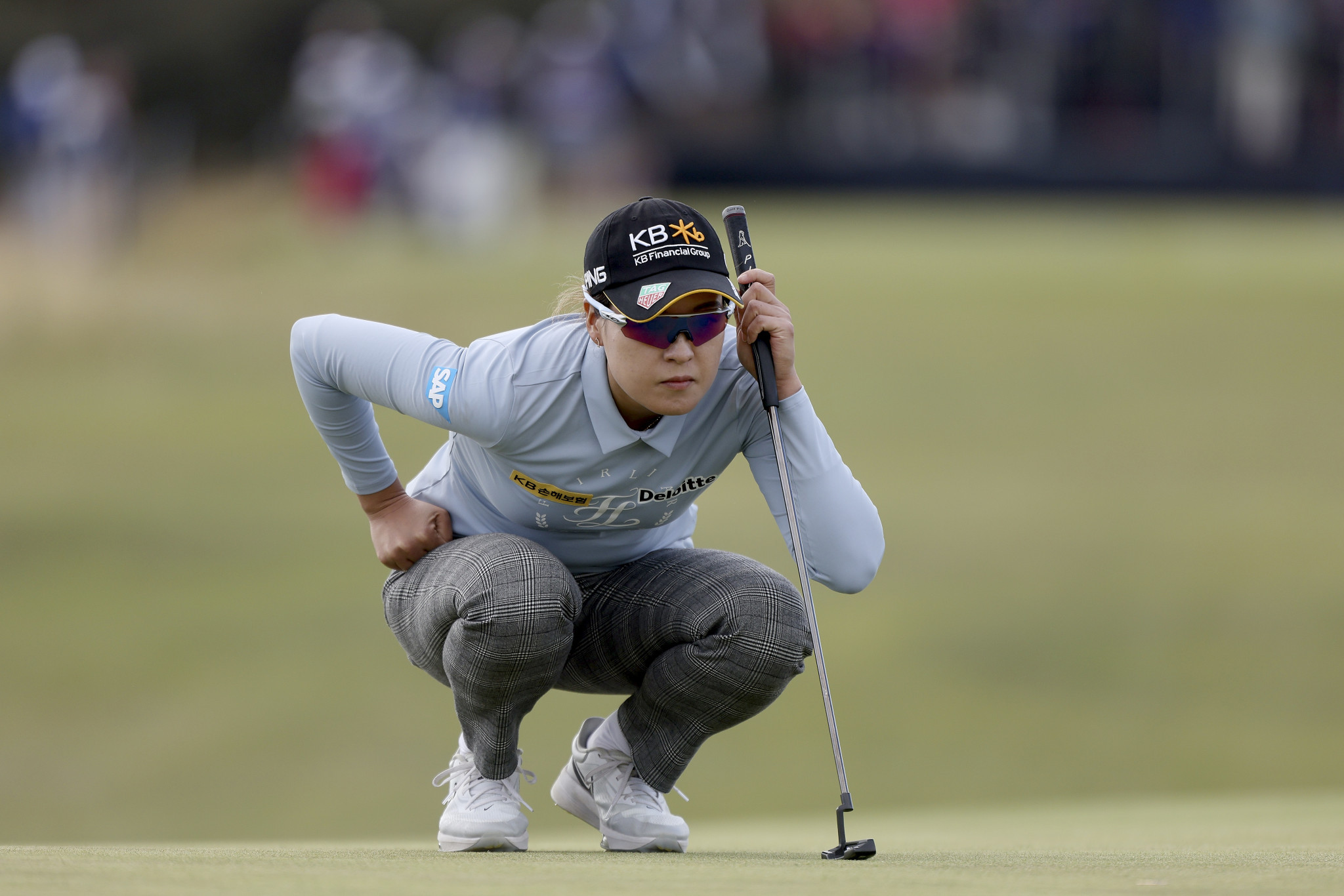 South Korea’s Chun In-gee leads by one shot at the halfway point at the Women’s Open golf after shooting a five-under-par 66 on the second day of action.

The three-time major champion made two birdies and one bogey on her front nine before rolling in four birdies on her back nine to march to the top of the leaderboard at Muirfield.

The South Korean said a bet with caddie Dean Herden over whether she could go bogey-free for the opening two days had helped her reach eight under - one shot clear of the field.

"Before I started the tournament, my caddie Dean and I spoke about the course and after that, we had a little bit of a bet," said Chun.

"So, before I start the round, I always set another goal to make a bogey-free round.

"I think that mindset helped a lot on the course.

"But I hit two bogeys over the last two days. I want to keep trying to make a bogey-free round over the next two days."

Sagström and South Africa’s Ashleigh Buhai sit one shot back in a tie for second place on seven-under-par.

"I’m super chuffed with how I played today," said Buhai.

"I stuck with my steps and my processes, which is my goal this week, just to do those well and hopefully the outcome takes care of itself.

"I've been doing that pretty well the last few weeks and obviously I’m disappointed to end with a bogey.

"On 18, I hit it in the fairway and the divot was softer than I thought, so a little unlucky but I would have taken today's score at the beginning of the day for sure.

"I do love playing links golf.

"This is my favourite tournament of the year.

"I look forward to it, and I love links golf and the creativity that you have to have."