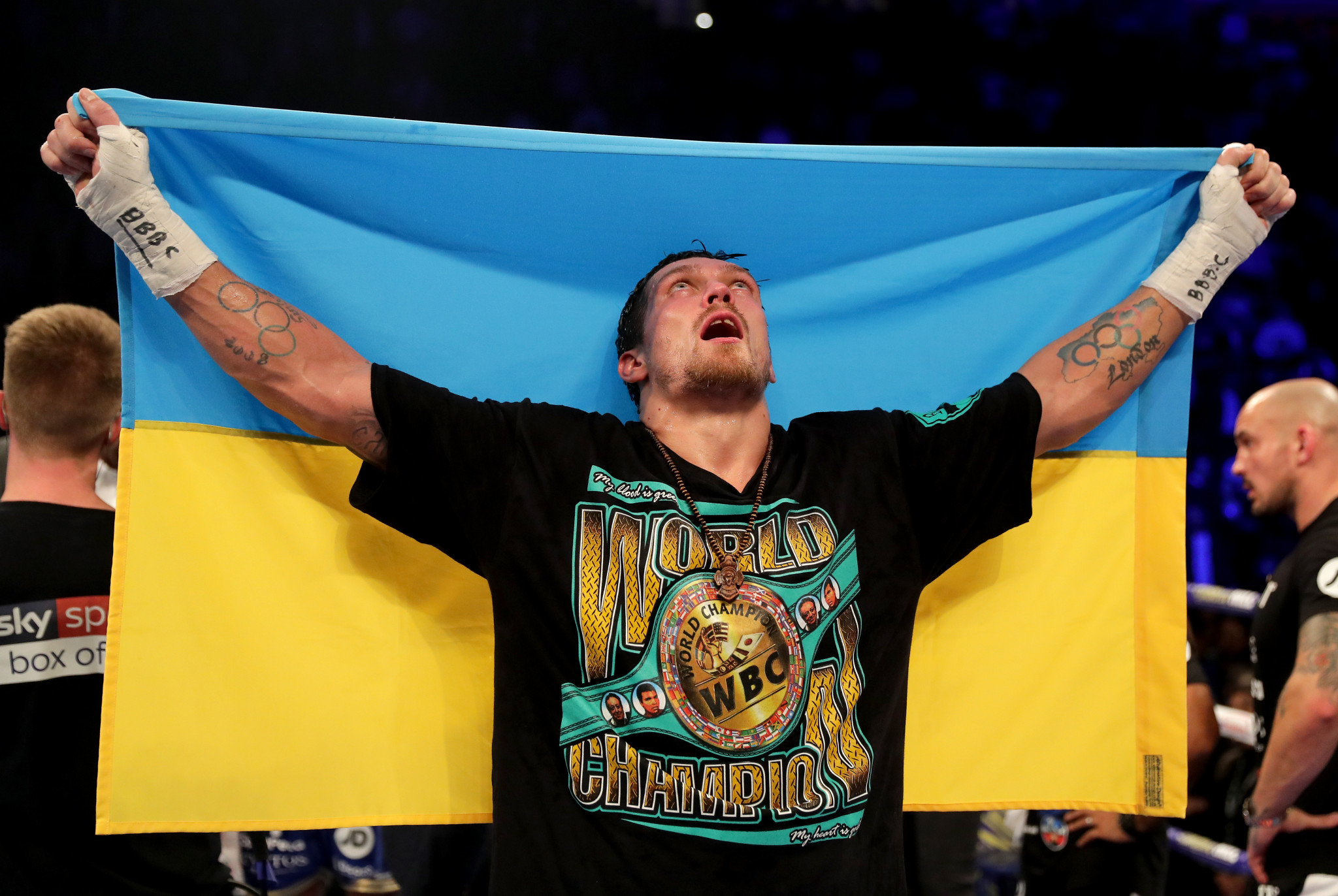 Ukrainian boxer Oleksandr Usyk has formed a partnership with non-fungible token (NFT) platform Blockasset to create an NFT collection it is claimed could raise an estimated £1.6 million (€1.9 million/$1.9 million) for relief efforts in his home country.

The funds generated from more than 2,000 pieces of digital artwork, which are designed by artist Dosbrak, are set to be donated to the Usyk Foundation, a charity aiming to provide humanitarian aid to Ukrainians.

Usyk is due to compete in a rematch against Britain's Anthony Joshua on August 20 in Jeddah in Saudi Arabia.

The professional bout was rescheduled from its original date after the 35-year-old joined the Ukrainian army.

Both Usyk and Joshua are Olympic gold medallists.

"War is a terrible thing, which I would not wish on my worst enemy.

"My thoughts, as much as possible, are to be prepared well for the Joshua fight and to be able to glorify again my God, Jesus Christ and my native land."

The former undisputed cruiserweight world champion has said that he will return to Ukraine within 24 hours of his fight against Joshua and could then take a break from the sport.

The United Nations (UN) reports that at least 5,327 civilians have been killed in Ukraine since Russia launched a full-scale invasion on February 24.

It fears that the true figure is far higher.

The UN believes that more than 10 million refugees have fled Ukraine.