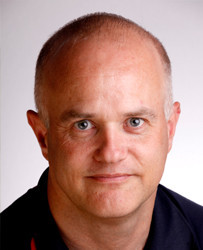 The International Wheelchair and Amputee Sports Federation (IWAS) came into being in 2002, but the history of the organisation stretches back much further than that.

In fact on Tuesday July 26 2022 the organisation and its forebears will celebrate their seventieth anniversary of their involvement in sport for the disabled.

The organisation as we know it today grew out of the Stoke Mandeville Games, started at Stoke Mandeville Hospital near Aylesbury, United Kingdom by a German Jewish neurosurgeon, Dr Ludwig Guttmann, who was asked by the British Government in 1944 to begin a new spinal injuries centre at the hospital to take care of the many service personnel and civilians who had received spinal injuries during World War II.

As part of this process Guttmann introduced sport and physical exercise as part of the rehabilitation programme, partly as a way to show non-disabled society that people with spinal injuries could still be active and productive members of society. This aim still underpins much of the work done in Para sport today.

After several years of finessing the process Guttmann held the first competition between two teams of archers from Stoke Mandeville and the Royal Star and Garter Home for Injured War Veterans in Richmond, Surrey.

Each year another Stoke Mandeville Games, as they became called, was held with more teams participating from British rehabilitation centres around the country and more sports being added.

Then on Saturday July 26 1952 a team arrived from the Doorn Military Rehabilitation Centre, Aardenburg in The Netherlands specifically to take part in the Games and making them the first ever official international competition for disabled athletes.

This is the date that IWAS takes as its founding date, and as more international teams began to participate throughout the 1950s the International Stoke Mandeville Games Committee had to be formed in 1959 in order to deal with the organisational logistics and rules pertaining to the sports and Games.

Guttmann’s continual linking of the Games at Stoke Mandeville to the Olympic Games firstly led to the awarding in 1956 of the Fearnley Cup by the International Olympic Committee (IOC) to the Stoke Mandeville Games for "meritorious achievement in the service of the Olympic Movement" and the organisation of what is now recognised as the first Summer Paralympic Games held in Rome in 1960.

At that time "Paralympic" was a contraction of the term Paraplegic Olympics as it was only spinal cord injured athletes who participated until 1976.

Throughout the 1960s sport for other impairment groups such as blind and visually impaired, cerebral palsied and amputees began to develop and came together under the umbrella organisation called the International Sports Organisation for the Disabled (ISOD) for which Guttmann also acted as President.

By the early 1980s, however, those representing cerebral palsied and blind and visually impaired athletes had broken away from ISOD to form their own international organisations, leaving ISOD in charge of Amputee and Les Autres athletes.

One impact of this was that the Games could no longer be called Paralympic Games in the Paraplegic Olympics sense that it was known, but rather than scrap the name they changed the meaning of the term "Paralympic" to derive from the Greek preposition "Para" meaning "next to" giving a meaning of parallel or next to the Olympic Games.

Although this may have helped with the development of sport for individual impairment groups at the time it did cause issues with attempts by the Paralympic Movement to strengthen links with the IOC, who made it clear that they only wanted one single organisation to deal with.

Following recommendations made at an ICC seminar held in the Netherlands in 1985 and a series of further meetings culminating in Dusseldorf in 1989 what we now know as the International Paralympic Committee (IPC) was born. One of the reasons for the setting up of IPC was to allow for national representation and this eventually took the form of National Paralympic Committees in most countries.

Although the likes of CP-ISRA, ISOD, IBSA and ISMGF had a place within the IPC structure the new governance structure for the Paralympic Games meant that many of the roles previously carried out by these bodies were no longer necessary.

They would no longer be in charge of organising the Paralympic Games and their roles in the Games and the individual sports would contract as different sports became independent or were merged into their non-disabled International Federation.

As a result of this in 1990 the International Stoke Mandeville Wheelchair Sports Federation (ISMWSF) was formally constituted from ISMGF with the aim of expanding its remit beyond the governance of the Paralympic Games.

It would now include a more comprehensive membership service through the governance and management of a wide range of sports specific operations, programmes and competitions.

Finding a new place and role with a fast changing disability sport landscape has been an issue for all of these impairment based organisations with each struggling to find new ways to survive and justify their continued existence. As part of this process on January 1 2004 ISMWSF and ISOD merged to form IWAS with the aim to help grow the Paralympic Movement - and Para sport more generally.

IWAS now organises Senior and Youth World Games every year offering young and emerging athletes the chance to compete on a world stage for the first time, as well as giving more established athletes another chance to compete and qualify for World Championships and Paralympic Games.

This process of finding and solidifying the place of IWAS within the disability sport landscape continues even today with discussions well under way for the merger of IWAS with CP-ISRA which would form an organisation representing all of the physical impairment groups that currently compete at the Paralympic Games and provide economies of scale for organising World Games for these athletes in a sporting arena that doesn’t boast the same kind of funds available as there are for most non-disabled sporting bodies.