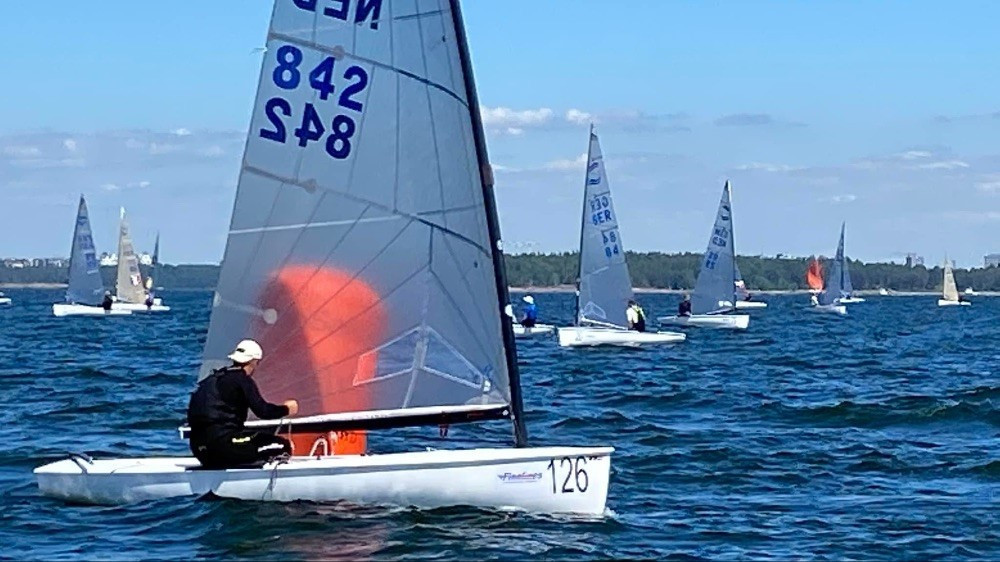 Dutch sailor Pieter Jan Postma claimed victory in both of his opening races at the 2022 Finn World Masters today in Helsinki.

Postma crossed the line first, with Laurent Hay of France placing second in both races too.

Peter Peet made it two in the top three from The Netherlands, placing third in his opener and seventh in his second for a total of 10.

Karl Purdie of New Zealand is in fourth with 14 points after placing ninth and fifth.

Bas de Waal and Sander Willems from The Netherlands are in fifth and sixth overall on 18 and 22 points respectively, with de Waal finishing third in the second race of the day.

Valerian Lebrun from France, the 2021 champion, has not returned to defend his title.