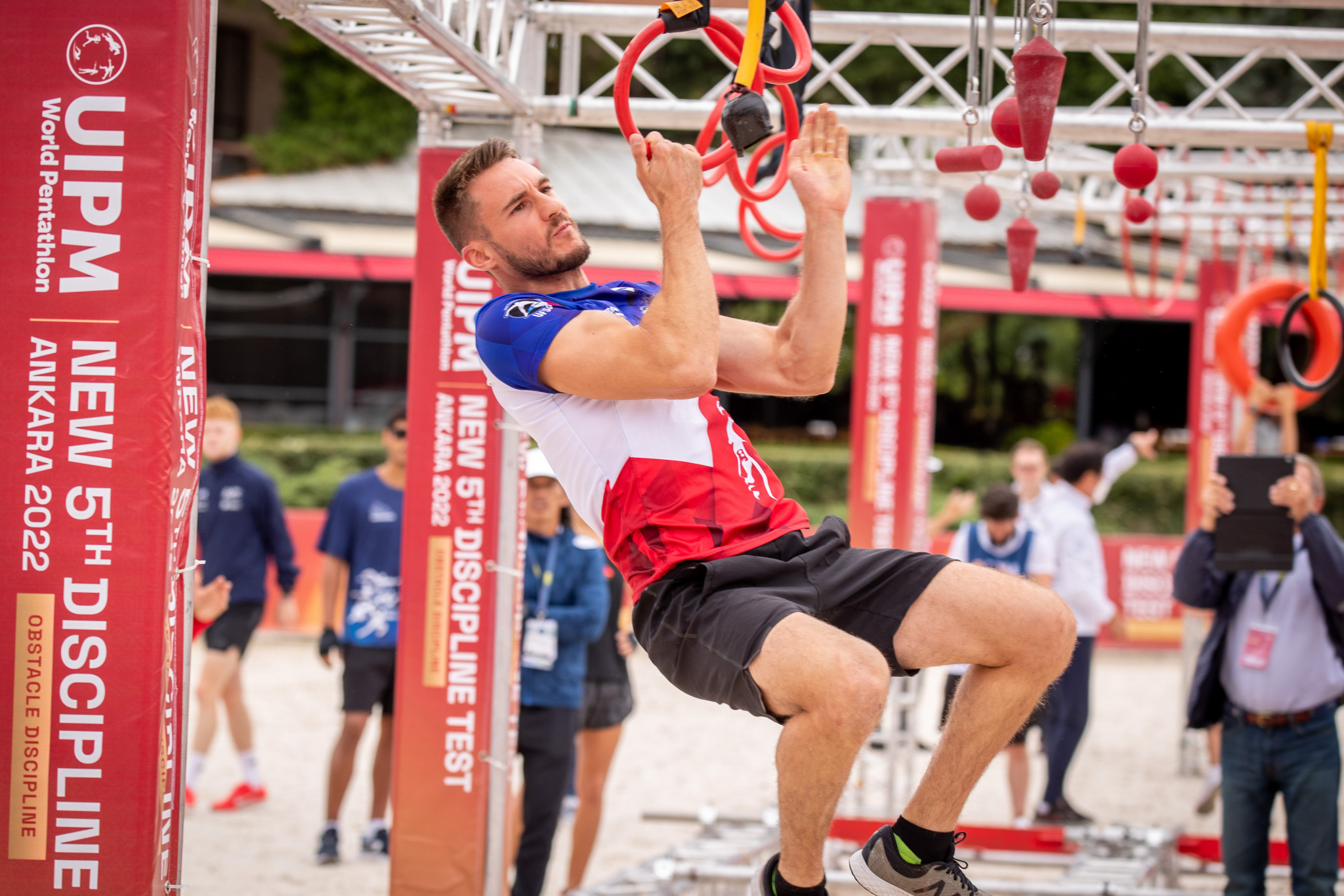 A production set from television show Ninja Warrior was used at the International Modern Pentathlon Union's (UIPM) first obstacle test event, with the discipline poised to take over from riding as the sport's fifth element after Paris 2024.

The test event took place in Ankara in Turkey and the UIPM entered into a collaboration agreement with Tokyo Broadcasting System Television (TBS) to use a Ninja Warrior obstacle course.

The women's contest was won by top-50-ranked pentathlete Sophia Hernandez of Guatemala, who finished ahead of Britain's Jessica Sutton and Ludovica Montecchia of Italy in second and third, respectively.

Tobias Hierl of Germany won the men's category after defeating Ecuadorian Andres Torres in the gold-medal race, with Robin Schmidt, also of Germany, picking up bronze.

"UIPM has undertaken a comprehensive and transparent process to transform modern pentathlon into one of the most popular, accessible and exciting sports on the Olympic programme," said UIPM President Klaus Schormann, speaking before the event.

"The upcoming first obstacle discipline test event in Ankara will be an important step and we look forward to watching pentathletes and obstacle athletes test themselves on the obstacles provided in collaboration with TBS and FISO [World Obstacle]."

At the event in the Turkish capital, there were separate categories for experienced obstacle athletes and those with a background in modern pentathlon.

Frenchman Dmitri Houles won the men's final and was joined on the podium by silver medallist Steve Trachsel of Switzerland and Britain's James Burton.

Obstacle racing has been proposed by the UIPM as modern pentathlon's new fifth discipline, replacing riding after Paris 2024, in a move aimed at preserving the sport's Olympic status.

Modern pentathlon has been left off the provisional programme for Los Angeles 2028, but the International Olympic Committee says there is a "pathway" for it to return.

Some athletes have criticised the UIPM decision to remove riding and the way the global governing body has gone about it, in the wake of a horse-abuse scandal at Tokyo 2020.