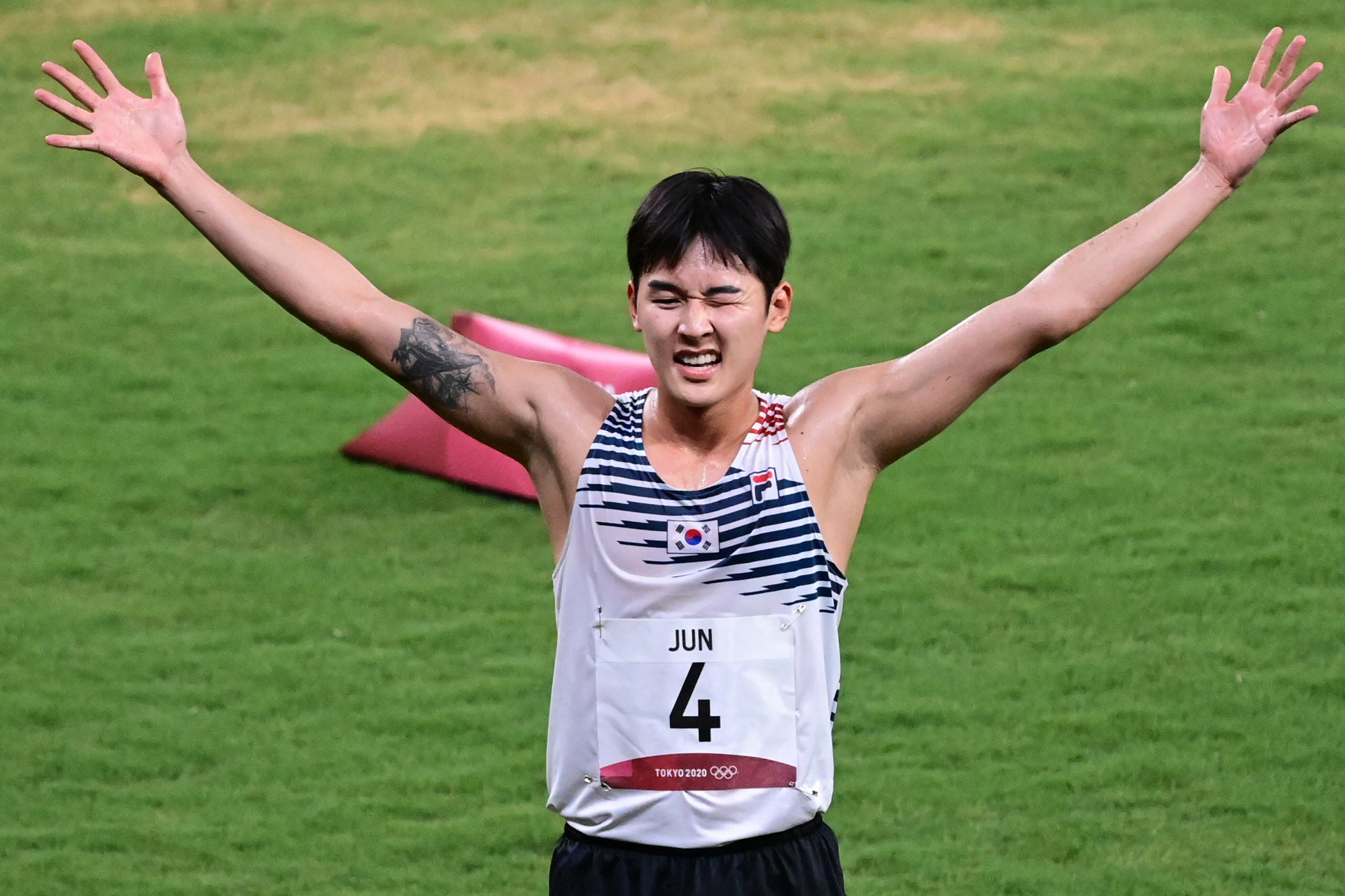 Jun and his compatriot Seo Chang-wan made it a one-two in the men's race for their nation, with excellent laser runs putting them far ahead of the rest of the pack.

The winner finished with 1,508 points having concluded the laser run in third position, while Seo was quickest in the last discipline to move up from fourth, finishing 10 seconds behind Jun for the silver.

After placing second in fencing and riding, as well as winning swimming, Jun finished in the top three in all disciplines.

Britain's Joe Choong, the last UIPM World Cup winner earlier this month in Ankara, was fourth after being unable to keep with the top three in fencing or laser run, finishing 14 seconds behind Bohm.

Martin Vlach of Czech Republic was a second behind the Briton in fifth, having placed first in riding.

The Frenchwoman created a 45-point buffer between her and Varley with a third place in fencing and first in swimming, only losing seven points to her opponent in riding.

Varley was the quickest in the laser run by 21 seconds but came up short of the win as Clouvel finished on 1,385 points.

She was outside the top 10 before moving up to claim the silver medal.

Misaki Uchida of Japan was two points behind in fourth and Kazakhstan's Elena Potapenko was a further four seconds back with the second-fastest laser run behind Varley.