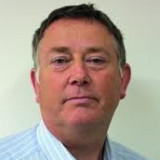 There is sure to be a flurry of activity right up until the last moment before the votes are cast at the long-delayed International Weightlifting Federation (IWF) elections in Tirana, Albania tomorrow.

One candidate said that the "level of politicking was off the scale" at the recent IWF Youth World Championships in Mexico, where the "old guard", who have held control on the current Executive Board during weightlifting’s past two years of crisis, were said to be especially busy.

Deals were being done with the aim of limiting the number of newcomers on to the Board, and certain individuals from certain "clean countries" were targeted as the ones to block.

The old guard clearly believe they can sort out weightlifting's problems themselves.

One of the leading "reformer" candidates gloomily predicted that the outcome of the two-day Special and Electoral Congress over the weekend would be, effectively, more of the same with just a few new names in the mix - "and that means we risk our Olympic future because these people put their own interests ahead of the sport’s."

That view might seem unnecessarily pessimistic, but it is held by plenty of candidates.

The International Olympic Committee (IOC) has made itself clear many times: it has little or no confidence in those who have repeatedly steered weightlifting into trouble, whether by questionable actions or by stalling, delaying or doing nothing.

Thomas Bach himself, the IOC President, said that there were too many current Board members among the candidates when the original list was published last year, and the interminable procedural delays since then will have done nothing to change his mind.

It is worth remembering that five Board members had their Tokyo accreditations withdrawn by the IOC last year, before they were restored after a court challenge by Maxim Agapitov of Russia.

The IOC made its view clear then, and will not want to see one of those five elected to a senior position.

One of them, José Quinones of Peru, is taking a risk by standing for general secretary.

How many current Board members are still there after tomorrow's votes is what really matters now.

The IOC wants a "culture change" in the sport and it will not expect to see one if the same faces are running the IWF.

If too many current Board members are re-elected tomorrow, and especially if they fill all the top roles - President, first vice-president, general secretary - then the IWF may be fighting for the sport’s place at Paris 2024 as well as Los Angeles 2028.

Weightlifting has been dropped from the Olympic Games programme for Los Angeles, and only a few weeks ago the IOC reminded the IWF that it could yet change its mind about Paris.

The old guard have talked of a new level of openness and transparency while keeping vital information from their own members, including details of spending, financial planning and overall strategy in the short term and long term.

One delegate put in his manifesto a plan for "increasing financial transparency (for example by publishing the annual budget)."

Despite the Constitutional requirement to do so, the old guard have gone against their own rules by not publishing any audited accounts as required.

Such behaviour explains why the IOC remains "disappointed with the ongoing governance instability which is keeping the current IWF leadership in charge."

None of the delegates in Tirana expects the number of candidates for the Presidency to stay at 11, and some expect it to drop to four or five at most.

Who is favourite to become the new President?

That is not easy to predict before the withdrawals start, but Yousef Al-Mana of Qatar would appear to have strong support.

If he wins and lives up to his pre-election pledges for reform, all might yet be well for weightlifting.

Much would depend on his main allies, and this is where the role of a "newcomer" becomes important.

China and the United States have commercial clout, plus ideas on marketing and sport presentation that would serve weightlifting well.

Italy has a successful National Federation President, Antonio Urso, who would add credibility to the IWF leadership.

There are other good options too.

A combination of Al-Mana and an "outsider" in two of the top roles might give even the pessimists some hope for the future.