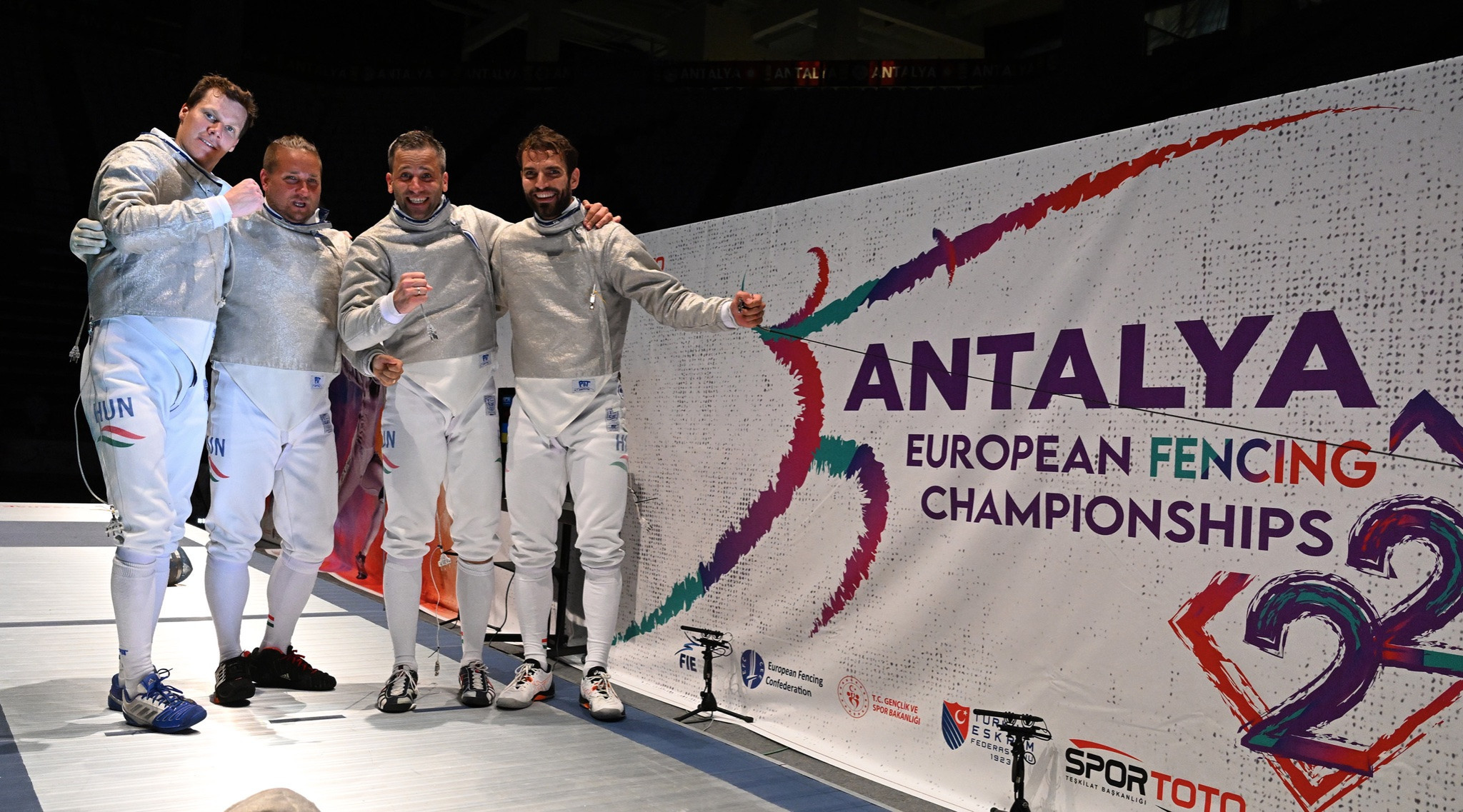 Italy and Hungary have won the first team gold medals of the International Fencing Federation (FIE) European Championships in Turkey.

The Italian foil line-up featured Alice Volpi and Arianna Errigo, who were on the Tokyo 2020 bronze medal-winning team, Martina Favaretto and Francesca Palumbo.

Volpi was first to compete in the final against Ysaora Thibus of France, who also boasted Olympic silver medallists Anita Blaze and Pauline Ranvier along with Solena Butruille.

Thibus, who also won silver in Japan, drew first blood for her side with a 5-3 victory over Volpi at the Antalya Sports Hall.

Errigo then pulled Italy ahead with a 7-3 win over Blaze, and after alternating victories Italy earned five consecutive triumphs which propelled them to a commanding 45-25 win overall and secured the continental title.

Despite the favourites tag, it was a close battle against Ukraine's Vasyl Humen, Bogdan Platonov, Yuriy Tsap, and Andriy Yagodka as they scraped a 40-39 win.

Tsap began proceedings positively for Ukraine with a 5-2 win against Szilágyi before the remaining ties went back-and-forth and left the final ninth duel perfectly poised.

The Hungarians were leading 40-37 and despite Yagodka triumphing, he could only do so by a score of 2-0 meaning his side had to settle for silver.

The competition is set to continue tomorrow with the men's team foil and women's team épée events.