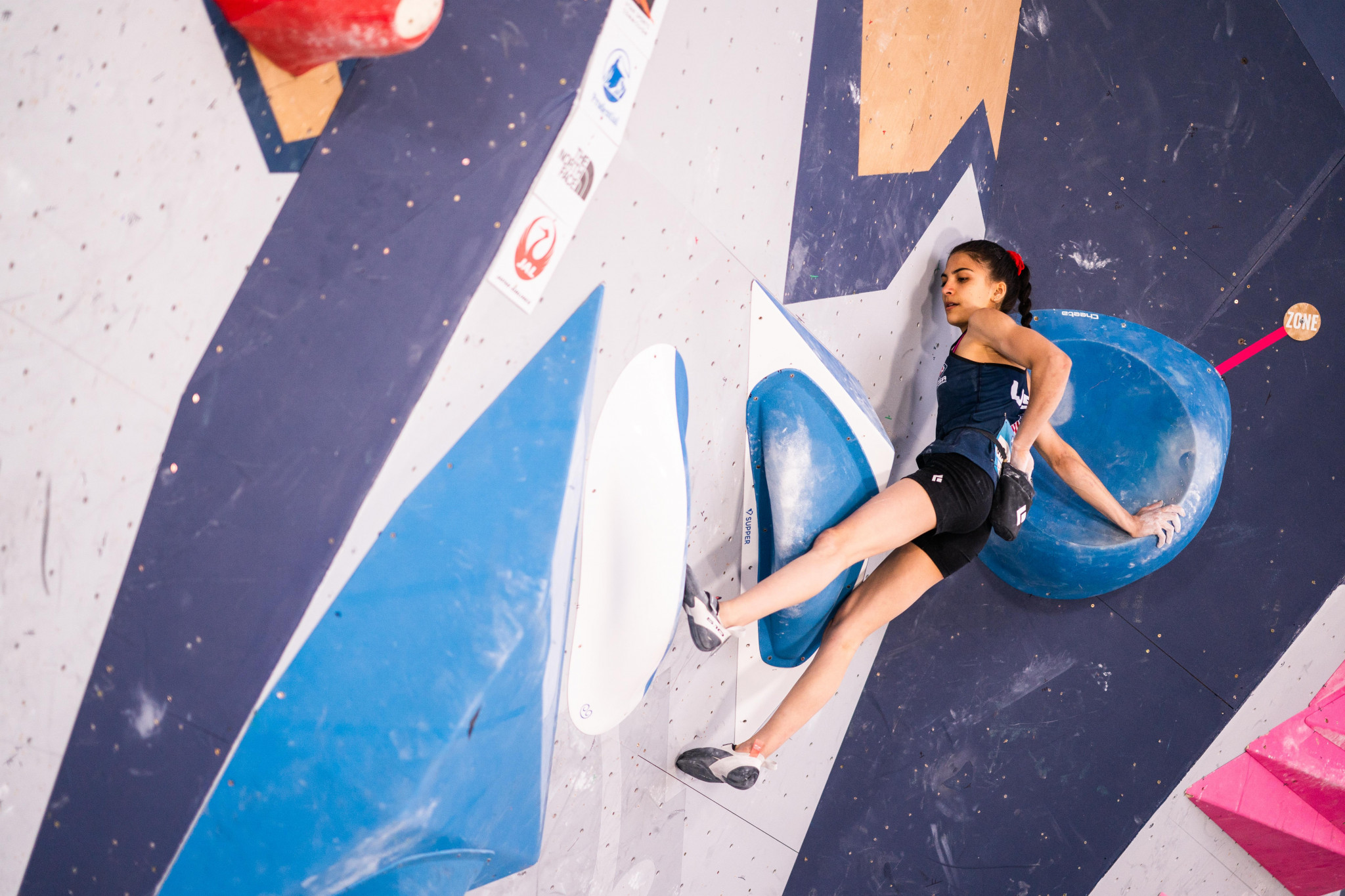 However, the world champion once again delivered in the final, and was the only athlete who reached four tops, including a flash on the challenging fourth boulder.

The win extended Grossman's lead at the top of the boulder World Cup standings to 1,320 points, with her total at 3,805 as she bids for a second consecutive overall victory.

"I had no idea what to expect coming into this weekend, I wanted to make another back-to-back happen, but I wasn’t sure," she said after her latest triumph.

"There were so many points I wanted to give up in this round, I thought it was over after the first boulder, and it was hard to stay positive, but I made it."

He leads the overall standings by 855 points over compatriot and world champion Kokoro Fujii.

Ogata was second in the semi-final behind Fujii.

In the final, Ogata and Slovenia's Anže Peharc both notched four tops and four zones in the same number of attempts, with the Japanese climber coming out on top by virtue of his better semi-final ranking.

"This year I placed second in the first World Cup, then again third in Seoul, and second here last week, I was dreaming of taking the top of the podium and I’m very happy it finally happened," Ogata said afterwards.

Fujii took bronze with four tops and four zones on a higher number of attempts.

Chon Jong-won of South Korea was fourth with three tops and four zones, followed by Japan's Rei Kawamata with three and three, and World Cup final debutant Ross Fulkerson of the United States with two and four.

The penultimate boulder event of the season is due to be held in Brixen in Italy from June 10 to 12.