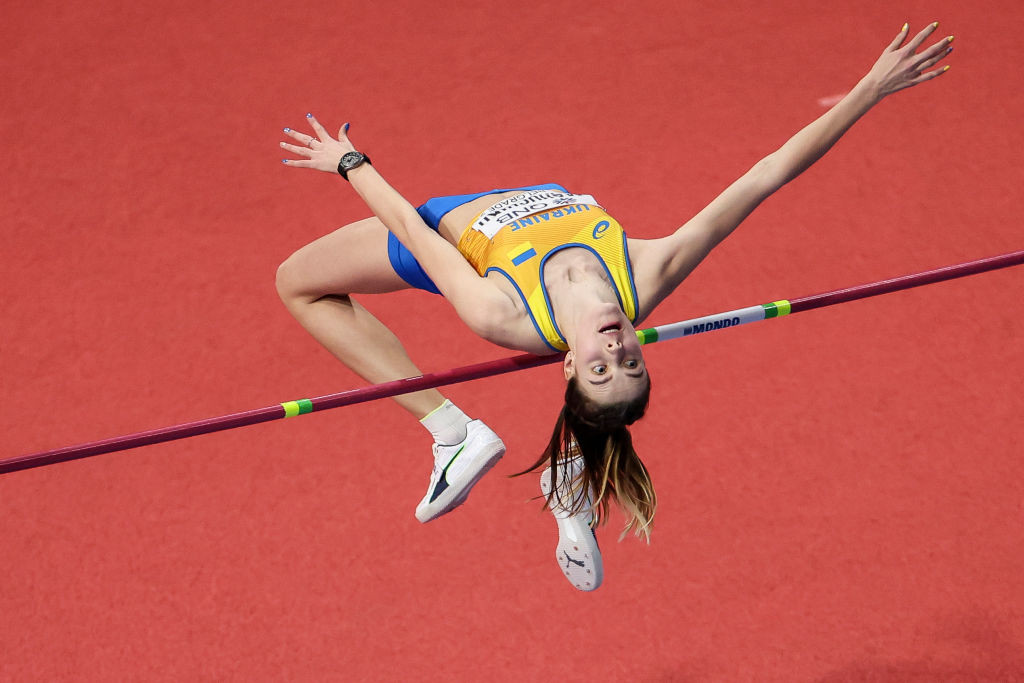 But there were eye-catching wins at Hayward Field for Tokyo 2020 champion Joshua Cheptegei in the men’s 5000 metres, an unexpected defeat for Ethiopia’s world 5,000 and 10,000m record holder Letesenbet Gidey and a win over two miles from Burundi’s Francine Niyonsaba that put the world's best under serious threat.

However the 20-year-old, who fled bombardment in her native town of Dnipro before spending three days getting to Belgrade and winning the world indoor title in March, then won the competition with a first-time clearance of 1.96m before going over at 2.00m.

Her closest challengers were home jumper Vashti Cunningham and Kazakhstan’s Nadezhda Dubovitskaya, who both cleared 1.93m.

Olympic champion and world record holder Mondo Duplantis, as expected, won the men’s pole vault - although on this occasion, unexpectedly, he remained inside 6.00m territory, a clearance of 5.91m proving sufficient for him before three unsuccessful attempts at 6.07m in the re-built arena that will host this summer's World Athletics Championships.

Duplantis was, as also expected, pushed hard by the vaulter who beat him during their US College years, Chris Nilsen, the Tokyo 2020 silver medallist, who finished second with a clearance of 5.81m.

That height was also cleared by third-placed Norwegian Sondre Guttormsen, who thus equalled the national record.

France’s former world record holder Renaud Lavillenie had a first-time clearance of 5.41m but could go no higher.

Home discus thrower Valarie Allman, the Tokyo 2020 champion, raised her national record to 71.46m in April and delivered on the same expectation as Duplantis with a winning effort of 68.35m.

Ride into the night with a world lead.@joshuacheptege1 comes away with the 5,000m win. More tomorrow. #PreClassic #EugeneDL pic.twitter.com/GfJim3hPcO

All three of the concluding distance races registered the fastest times seen so far this year.

While the Tokyo 2020 5,000 and 10,000m champion Sifan Hassan of The Netherlands, billed to run in the two miles race, did not do so, Niyonsaba, who was disqualified in the Olympic 5,000m but finished the season as Diamond League champion, did - and she won in a meeting record of 8min 59.08sec.