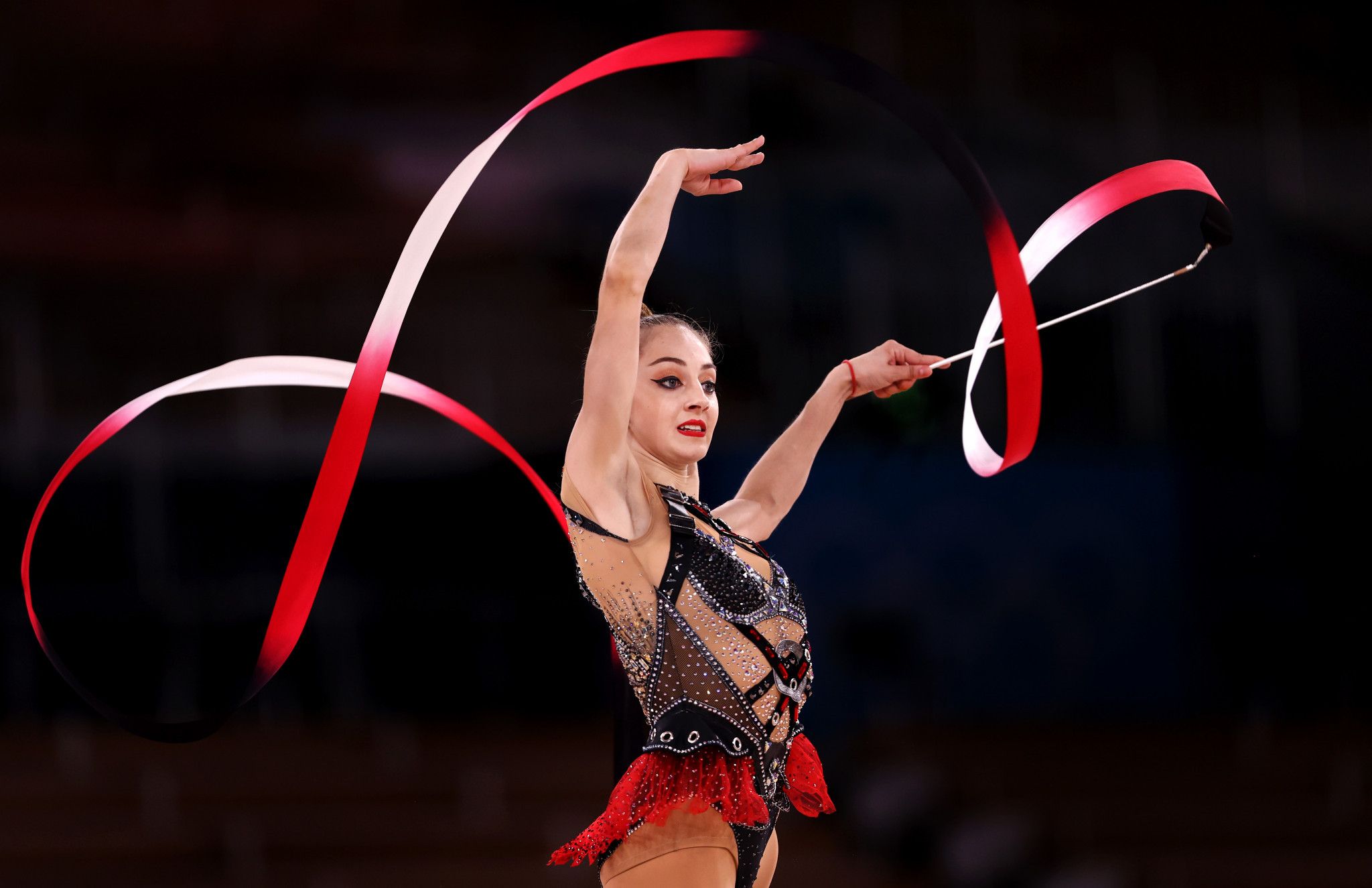 Olympic rhythmic gymnasts Boryana Kaleyn, Ekaterina Vedeneeva and Evita Griskenas are set to star at the International Gymnastics Federation World Challenge Cup at the Navarra Arena in Pamplona in Spain.

Kaleyn of Bulgaria, who is a European all-around silver-medallist, has won several golds during this year’s World Cup series so far, including four in Sofia and two in Baku.

Vedeneeva has achieved a series of firsts for Slovenia, including being the first rhythmic gymnast to participate at the Olympic Games.

She is also the first rhythmic gymnast to win a medal in an individual apparatus final and in the individual all-around at a FIG World Cup.

She also became the first Slovenian to claim a World Cup gold in an individual apparatus final when she secured the ribbon title in Tashkent in Uzbekistan last month.

The United States' Griskenas is no stranger to international success having claimed four golds at the 2019 Pan American Games and sweeping all five individual titles at the 2017 Pan American Rhythmic Gymnastics Championships.

Italy will seek to build upon their group all-around Olympic bronze.

Stoyanov participated for North Macedonia as an individual competitor prior to this year.

Eight gold medals are to be challenged for.

The competition is expected to offer World Challenge Cup ranking points with individuals in the top 20 and all group teams due to earn points based on where they finish in the apparatus and all-around events.

The World Challenge Cup is scheduled to be held from May 20 to 22.