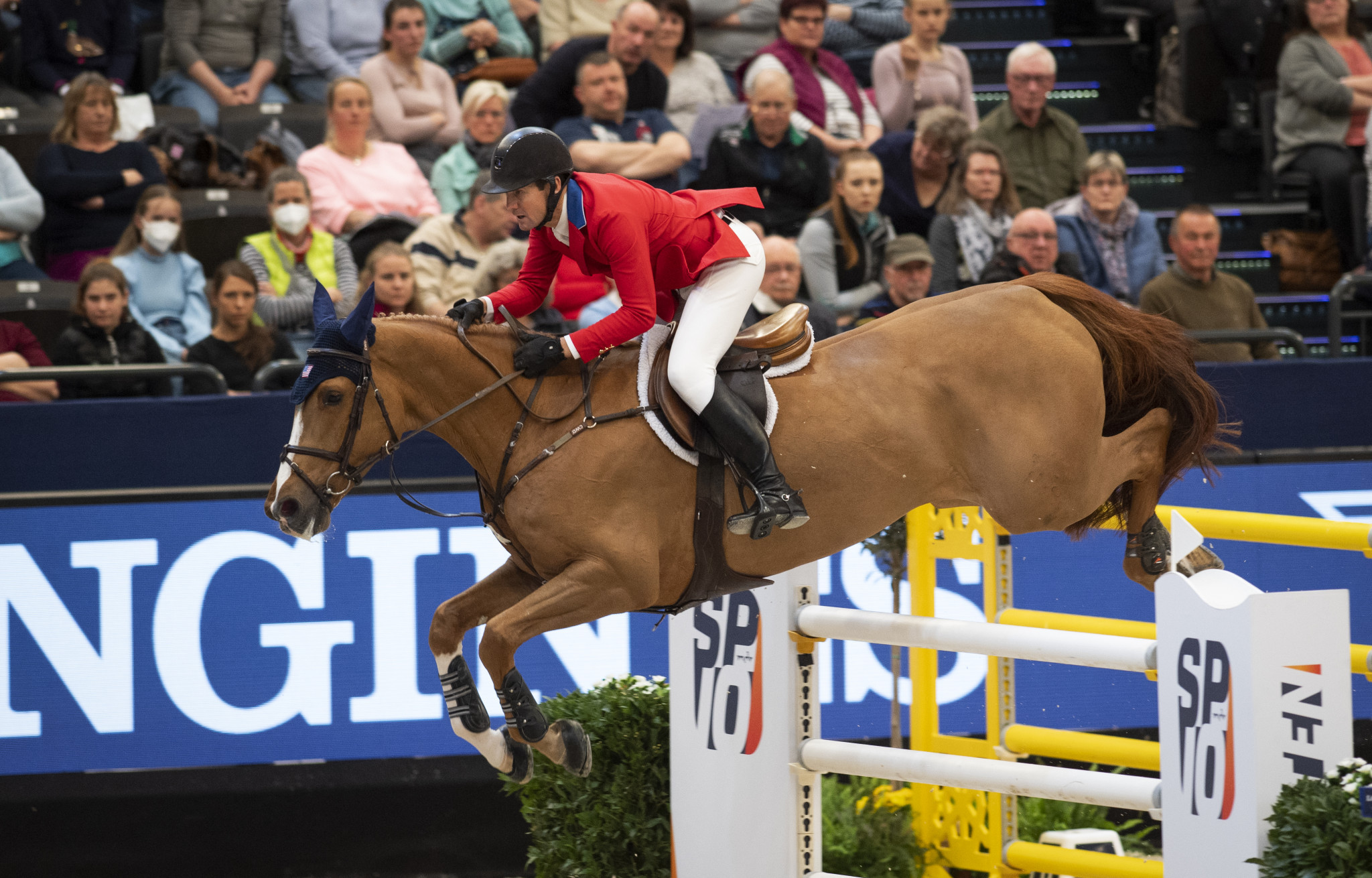 The American, who was fifth yesterday, finished first in a seven-person jump off today which propelled him into the lead with just one day of jumping left to go.

He is the only rider not to receive a penalty so far.

Harrie Smolders of The Netherlands occupies second place overall going into Sunday's (April 10) decider after picking up 32 points with 41.37 on the clock despite recording four faults on his routine.

That gave him 59 points to establish a slender lead over Britain's Harry Charles on 57 following a 34-point 47.14 performance today in Germany.

Jack Whitaker, also of Britain, ended the jump off in third place with Equine America Valmy de la Lande and a time of 48.66.

All four of yesterday's leaders - Martin Fuchs of Switzerland, Austrian Max Kühner, Conor Swail of Ireland, and Germany's David Will - failed to make it into the jump off today.

Defending champion Steve Guerdat of Switzerland advanced to the jump off only to see his hopes of a comeback from yesterday's disappointing performance dashed after clattering two rails resulting in eight penalty points.

Athletes and horses will take a deserved break tomorrow as there are no jumping events scheduled before the finale on Sunday.