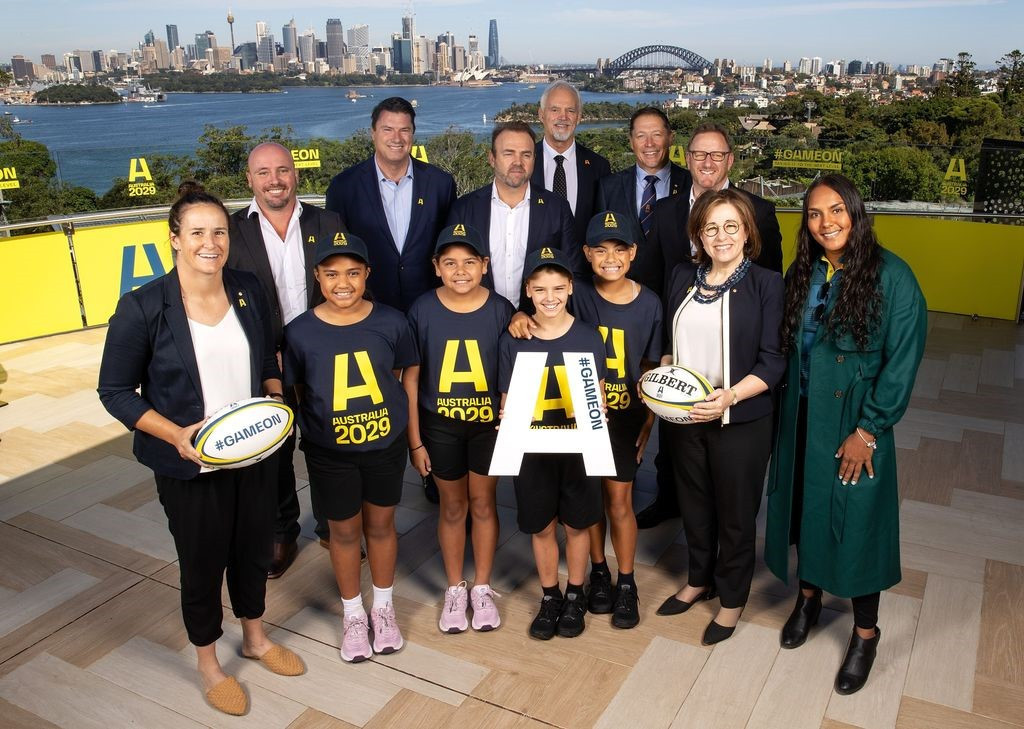 Australia is set to stage back-to-back Rugby World Cups after being named preferred candidate for the women's event in 2029.

The country already has that status for the men's tournament in 2027.

The two rugby union World Cups will play a prominent role in Australia's goal of staging 10 major sporting events over the course of a decade, with the Brisbane 2032 Olympic Games the jewel in the crown.

"This is a truly wonderful addition to our bid for Rugby World Cup 2027 and we would love to welcome the pinnacle event on the women’s XVs calendar to our shores for the first time in 2029.

"Today’s announcement is another step in the right direction for rugby in Australia as we head toward the final decision by World Rugby Council in May.

"We continue to be buoyed by the spirit of collaboration in which we are working with World Rugby.

"Hosting two Rugby World Cups is a once-in-a-generation opportunity for Australia and the rugby community and all aspirational future Wallaroos and Wallabies who will shortly be kicking off their season across the country."

England is the preferred candidate for the women's event in 2025, while the United States has entered into exclusive targeted dialogue with World Rugby concerning the men's tournament in 2031.

Before that Council meeting, World Rugby staff are set to meet with Rugby Australia plus Government and city officials to discuss hosting plans for the two World Cups.

It is the first time World Cups are being awarded under a new process whereby the Council receives an evaluation of candidates rather than a recommendation, and voting will be made public.

Preferred candidates are to be invited to pitch what World Rugby calls "a flexible approach with hosting proposals that best fit their sporting, economic, social and environmental planning needs".

This will lead to more sustainable and engaging World Cups, it is claimed.

The US had been interested in staging the 2029 Rugby World Cup, but has since turned its focus to 2033.

Russia also expressed an interest, but cannot be awarded any major events until December 2022 because of sanctions imposed on the country over the cover-up of a state-sponsored doping programme.

Russia has further been suspended from all international rugby union in response to the invasion of Ukraine.

"We are excited by Australia’s vision and passion to work with World Rugby to deliver an exceptional Rugby World Cup in 2027 and now 2029, cementing the nation’s status as being at the heart of the rugby universe for a three-year period," World Rugby chief executive Alan Gilpin said.

"Confirmation of Australia’s candidacy represents a major milestone for the global advancement of women’s rugby, completing a roadmap of Rugby World Cup hosting all the way through to 2033 which is supported by the exciting new WXV competition which launches next year.

"This unprecedented certainty will further enable World Rugby to work with all our stakeholders to accelerate fan, broadcast, sponsorship and participation opportunities for the women’s game on a global basis."

The US is expected to host the women's World Cup in 2033.

Australia has never before staged a women's Rugby World Cup.

New Zealand is due to hold the competition later this year, following a 12-month postponement brought about by the COVID-19 pandemic.

The men's Rugby World Cup in 2003 was hosted by Australia, while Australia and New Zealand shared hosting duties for the 1987 tournament.

Brisbane's Suncorp Stadium hosted matches during the 2003 Rugby World Cup and figures to be in the running to be a 2027 and 2029 venue.

The stadium is also due to host matches during the 2023 FIFA Women's World Cup, which Australia is co-hosting with New Zealand, and stage rugby sevens and football competition during the 2032 Olympics.