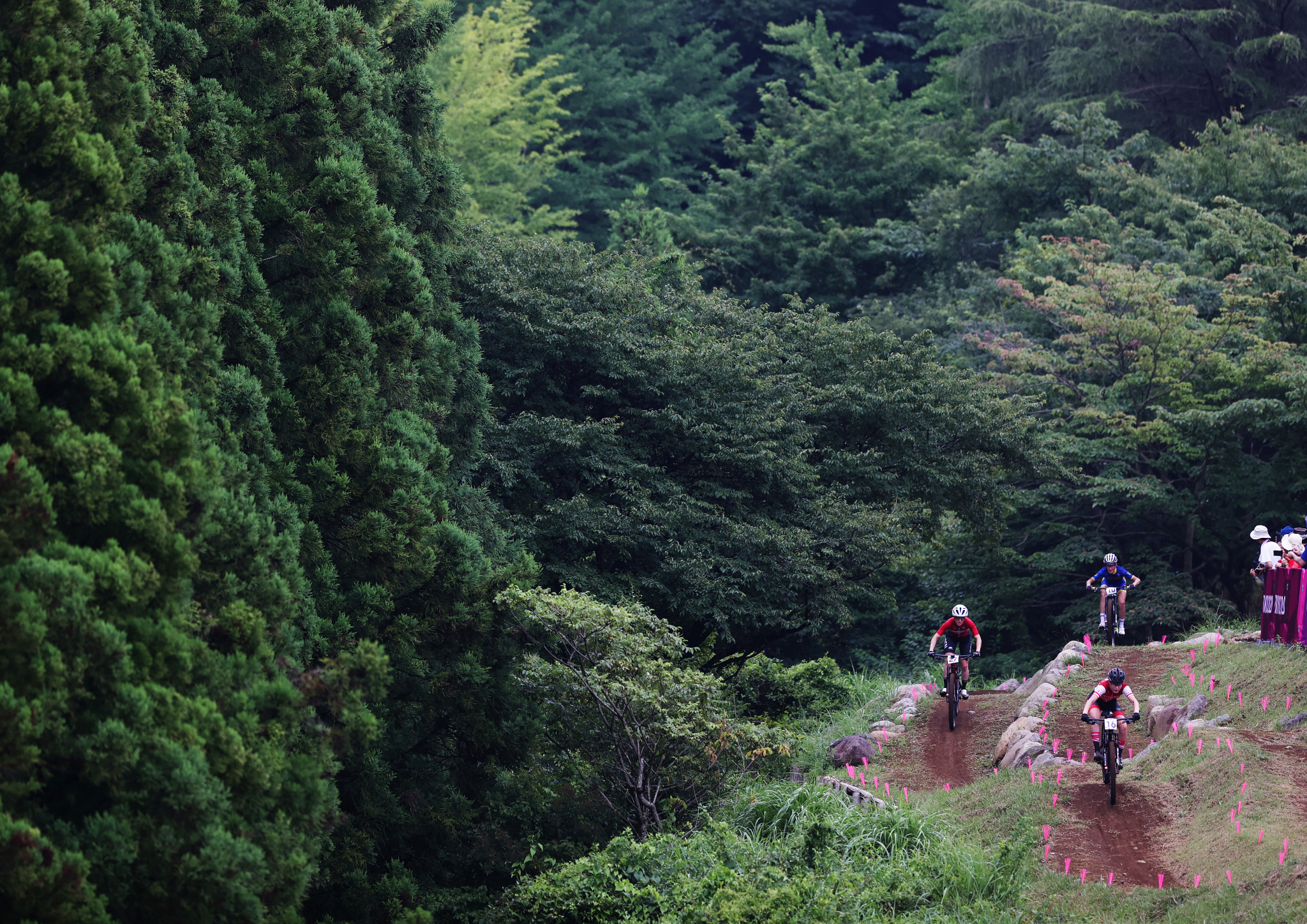 Bruni finished first after completing the course at a time of 2min 49.271sec, which was 1.183 sec quicker than his closest rival, fellow Specialized Gravity rider Finnley Iles of Canada.

The hosts then dominated the standings below with French bikers claiming third, fourth, fifth and sixth.

Benoît Coulanges was next in the standings after being 1.819 sec slower while Loris Vergier followed by being 2.336 sec behind Bruni.

Pierron and Coulanges were dubbed as potential favourites before the competition started.

The women's event saw Höll record a much closer victory at the top of the qualification standings with a time of 3:19.449.

This was 0.524 sec quicker than France’s Myriam Nicole in second, but an astounding 4.462 sec faster than Britain’s Tahnee Seagrave, who previously succeeded at the track in 2017, in third.

Coming below were Switzerland’s Camille Balanche and Italy’s Eleonora Farina, who were 4.713 and 7.816 sec slower than Höll, respectively.

In the men’s junior event, Jackson Goldstone of Canada completed the race fastest with a time of 2:58.544.

Jordan Williams of Britain was second after being 0.486 sec slower while Remy Meier-Smith of Austria was 1.121 sec behind Goldstone.

The seeding round of the women’s junior event saw Britain’s Pheobe Gale top the standings thanks to a time of 3:40.893.

The finals of the World Cup event will be held tomorrow.