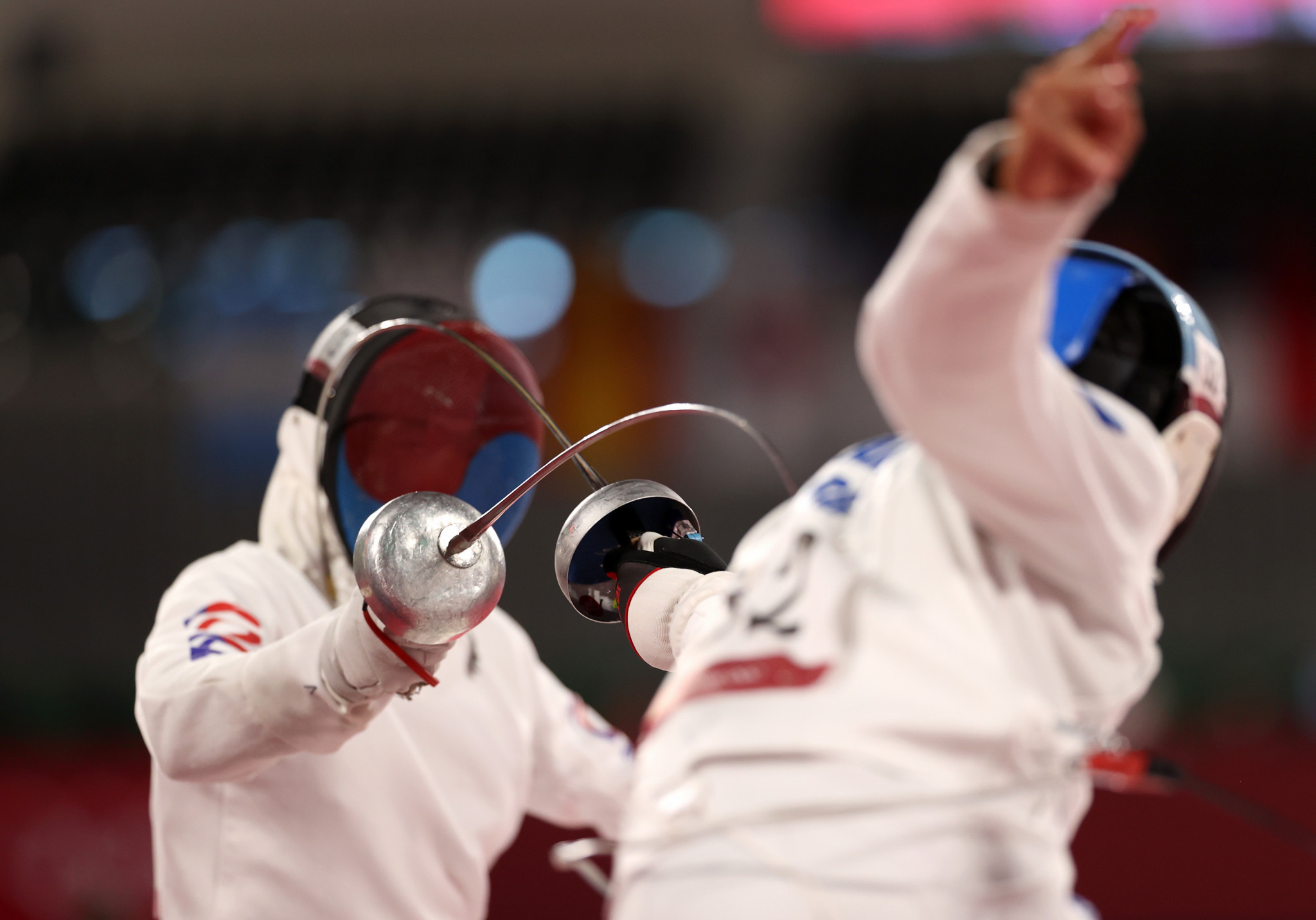 Eighteen athletes are through to the men's final at the International Modern Pentathlon Union (UIPM) Pentathlon World Cup event in Cairo.

Emiliano Hernandez from Mexico topped the standings in the first of two semi-finals with a total of 1,177 points.

Consistency was key for him, with fifth and sixth-placed finishes in the fencing and swimming, tail-ended by third in the laser run.

Christopher Patte of France was second with 1,163 points, with his best result being fourth in fencing.

Egyptian Ahmed Hamed excelled in fencing, finishing second and is on 1,162.

Alessandro Colasanti from Italy finished seventh, aided by wins in swimming and the laser run; while Pavel Ilyashenko from Kazakhstan placed first in fencing - but was eliminated after only finishing 13th in his heat.

In the second semi-final, Germany's Christian Zillekens was consistent to finish with 1,180 points for first, in front of Hungarian Szep Balazs a point behind.

Valentin Belaud of France was a further point behind in third; while Matteo Cicinelli of Italy was fourth due to finishing third in fencing and second in swimming.

Wins for Egypt's Muhammed Husam and Poland's Daniel Lawrynowicz in swimming and laser run were not enough to get them into the finals tomorrow.