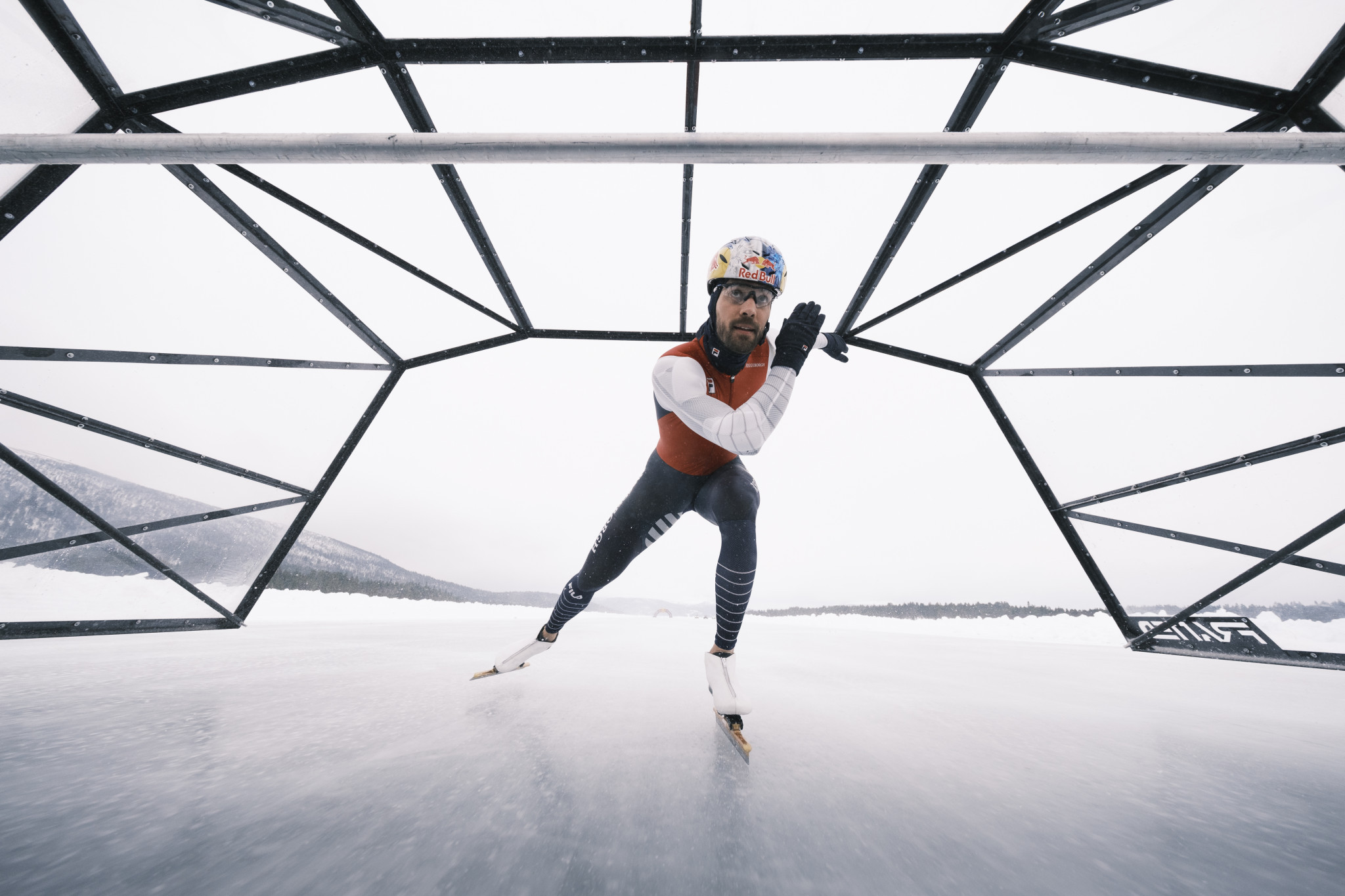 Dutch skater Kjeld Nuis surpassed his own world speed record by reaching 103 kilometres per hour on an ice rink in Norway.

The 32-year-old achieved the feat on a straight three-kilometre natural ice rink on the chilled Savalen Lake in Tynset on Thursday (March 17).

"I was literally flying over the ice," Nuis said.

"Sometimes I even got really loose from the ice.

"Moreover, I skated more than two kilometres on each attempt, which I never do in competition.

"So today's tactic was to skate as far as possible into the wind catcher, so that I had enough energy left to make the acceleration from 92 to over 100 kilometres per hour.

"It was very hard on my body.

"This is really the maximum that is possible on skates."

Nuis skated within a large shield to keep him out of the wind during the record attempt, a newer version than what was used four years ago when he set the record in Sweden at 93 km/h.

Leading the wheel was the American Seth Quintero, 19, who recently won 12 out of 13 stages at the Dakar Rally in the T3 category.

"The biggest challenge for me was to accelerate in the right way," he said.

"I've also never felt so much tension at such a low speed.

"On the other hand, while riding on the ice, I couldn't imagine anyone achieving that kind of speed with their own legs."

"A hundred kilometres per hour is so hard," Wennemars said.

"When you see how fast you go on the ice, it really is bizarre.

"We couldn't go any faster."