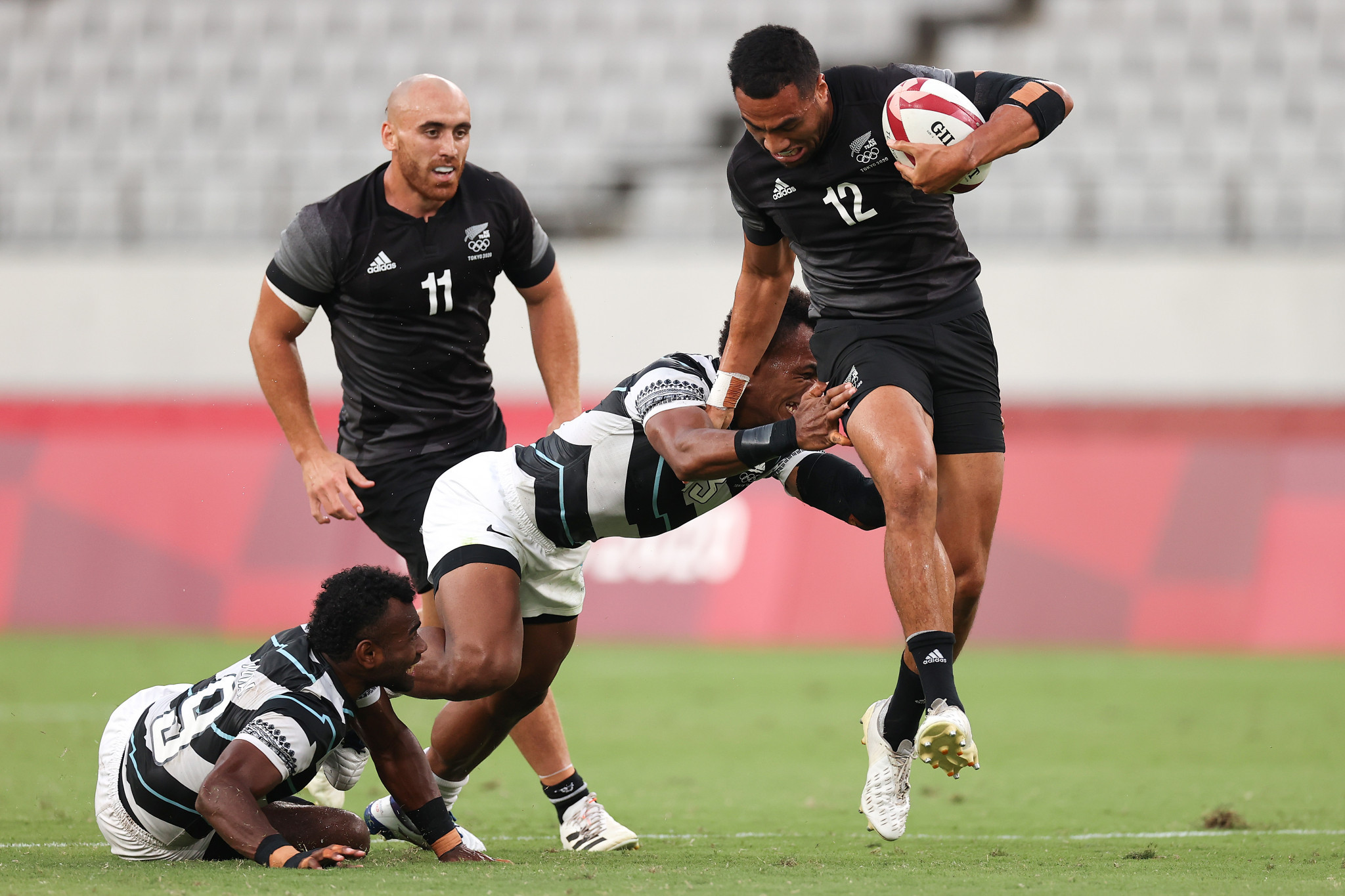 New Zealand’s men’s sevens rugby team are set to compete on the international stage for the first time since last year’s Olympics in Tokyo when they participate in next month’s World Rugby Sevens Series leg in Singapore.

Following confirmation that borders will open for vaccinated New Zealanders, the All Blacks are scheduled to warm-up in Fiji later this month before competing in the World Series.

It will be New Zealand’s first appearance in the tournament in more than two years due to the coronavirus pandemic.

New Zealand have won more World Series titles than any other nation with the All Blacks claiming top honours 13 times and the Black Ferns earning six of the eight crowns.

The men's team also earned silver at the Tokyo 2020 Olympics, while the women's side secured gold.

"We know they have continued to train so diligently, and it’s been hard for them to see the World Series continue without them," said Mike Anthony, head of high performance for New Zealand Rugby.

"While the teams have had some internal and domestic hit outs, nothing beats international competition so these matches in Fiji will be vital to kick start their on-field performance ahead of a huge six months that features two pinnacle events."

We are back in business! ??

Can’t wait to see you out on the road soon. pic.twitter.com/AgJEvPcZBt

The Singapore leg, scheduled to be held on April 9 and 10 is the fifth of nine tournaments in the men’s World Rugby Sevens Series and first since January.

South Africa has dominated the 2022 season thus far, winning the opening four events of the series.

Organisers say they are working closely with the relevant authorities to stage the event safely in accordance with Singapore’s prevailing safety management measures.

"All stakeholders are working hard in partnership to deliver a spectacular, safe and secure event and the players and teams are looking forward to getting back on the pitch and showcasing the speed, skill and thrills of world class rugby sevens in Singapore,” said Doug Langley, director of the World Rugby Sevens Series.

"This is another important step towards the return of exciting large-scale live events in Singapore."