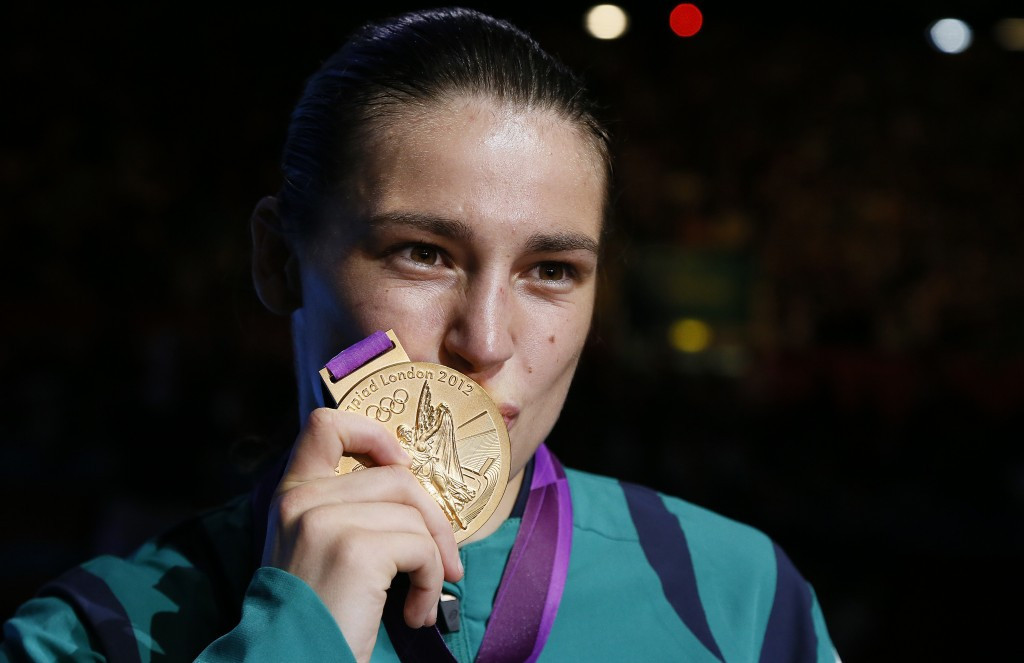 Olympic boxing gold medallist Katie Taylor has expressed grave concern for the future of amateur boxing should it lose its place at the Olympic Games.

Boxing was left off the provisional sports programme for Los Angeles 2028, while its place at Paris 2024 is not set in stone as the International Olympic Committee (IOC) continues to take issue with how the International Boxing Association (IBA) is governing the sport.

The IBA's Olympic recognition has been suspended, and an IOC Boxing Tasking Force instead oversaw the boxing tournament at Tokyo 2020.

Taylor asked, when questioned about the future of Olympic boxing, "What's the point in being involved in amateur boxing if you don’t have the Olympics to aspire to?"

In comments reported by the Irish Independent, the London 2012 women's lightweight champion went on to say it was "crazy" to imagine boxing could be axed from the Olympic Games.

"I have followed the story and I was very upset and sad because it is obviously one of the core Olympic sports," Taylor said.

"I remember when wrestling went out of the Olympics.

"I was incredibly disappointed by that as well because wrestling and boxing are a couple of the core sports."

While wrestling was at one stage omitted from the core Olympic programme, it ultimately was included at Tokyo 2020 and has therefore appeared at each of the last 19 Summer Games.

Boxing, modern pentathlon and weightlifting were all left off the initial programme for Los Angeles 2028, but IOC President Thomas Bach insisted there was a "roadmap" for all three to be included.

The IBA has been told it must address concerns over governance, financial transparency, sustainability and refereeing and judging.

As for Paris 2024, Bach promised in October to make a decision about the fate of boxing "as early as possible".

Stockholm 1921 is the only of the last 27 editions of the Summer Olympic Games not to feature boxing.

"The Olympics is the biggest event in sport and the biggest privilege an amateur boxer can have is to represent their country in the Olympic Games," Taylor added, per the Irish Independent.

"It would be very sad if boxers did not have that opportunity."