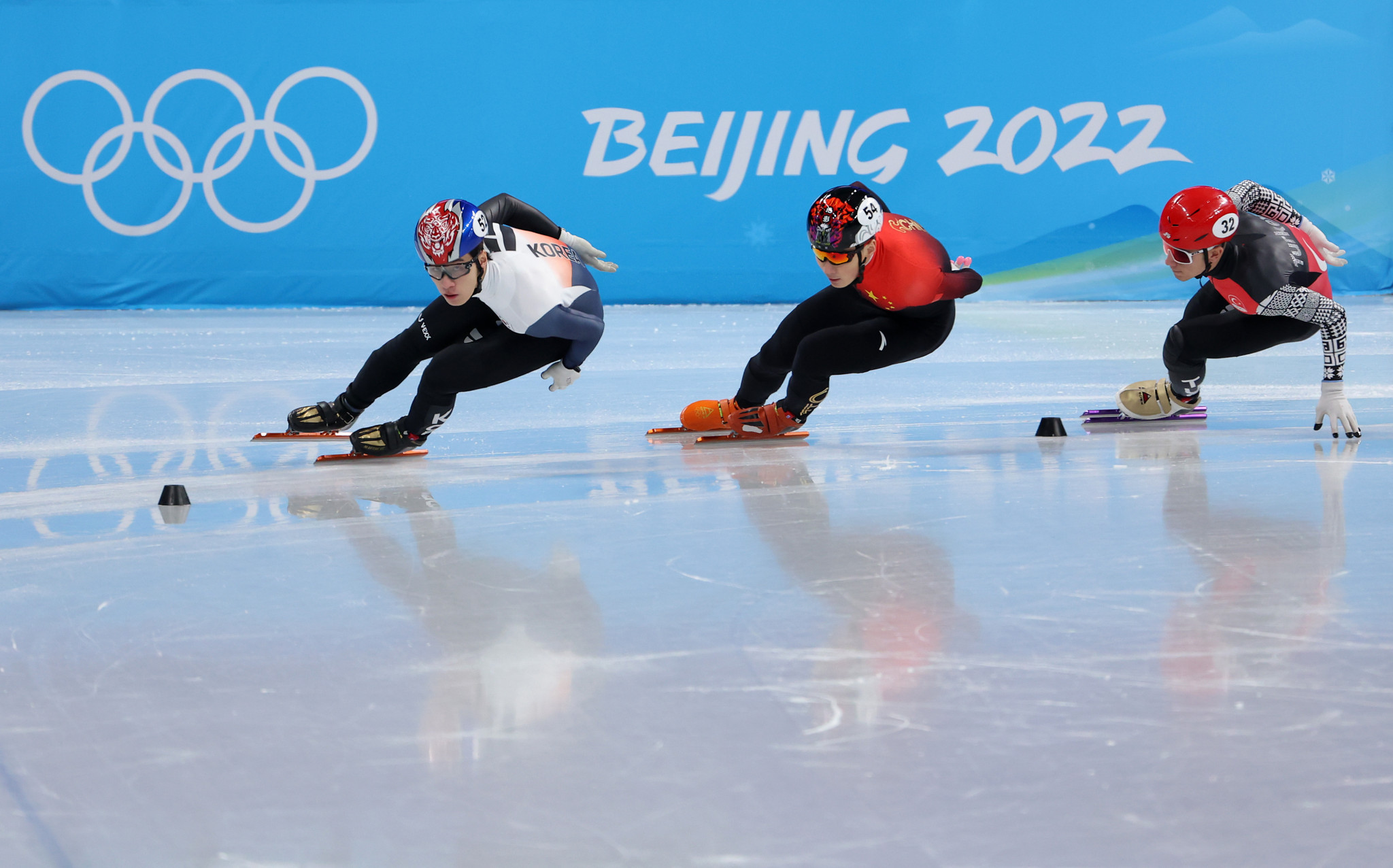 The Korean Sport & Olympic Committee (KSOC) has confirmed it will file an appeal with the Court of Arbitration for Sport (CAS) to "publicise the unfairness" over the officiating in short track speed skating races involving their athletes at the 2022 Winter Olympic Games here.

Hwang Dae-heon and Lee June-seo were disqualified from the men's 1000 metres semi-finals at the Capital Indoor Stadium yesterday.

Pyeongchang 2018 Olympic 500m silver medallist Hwang was penalised after finishing first in his heat for an illegal late passing.

Lee was ruled out too after finishing second, for a lane change that caused contact with another skater.

Chinese skaters advanced as a result, with the host nation taking the gold and silver medals in the final.

"In sports, fair play must be guaranteed," said Yoon at a press conference in Beijing.

"After the end of last night's races, we lodged a strong protest through international short track officials.

"We will take whatever measures necessary to make sure such injustices will never occur again in international sports."

KSOC lodged a complaint with the IOC, the International Skating Union (ISU) and the chief referee after the races, according to South Korean news agency Yonhap News.

"Our decision to take the matter to the CAS also took into account the public sentiment," added KSOC in a statement.

"The people back home are extremely upset with such biased officiating.

"We decided that refereeing [in short track here] couldn't have support from the international sporting community, and we also wanted to shed light on the less-than-transparent relationship between International Federations and judges."

"I cannot hide my disappointment and anger at the biased refereeing in short track at the Beijing Winter Olympics," said Lee on Facebook.

"I hope our athletes will not be discouraged.

"You are the true winners for doing your best until the end with your skills."

"China must immediately cancel the dirty call and return the Republic of Korea's gold medal," said Ahn on Facebook.

"What China did was a very ugly act that ruined the spirit of sports and will not be able to win the support of anyone in the world."

Similarly Sim Sang-jeung, the candidate of the Justice Party said it was against the Olympic spirit.

"Amidst the COVID-19 disaster, many people around the world are looking for hope in the Beijing Winter Olympics," said Sim.

"More than any other Olympics, these Olympics will have to be fair."

A similar protest was made on behalf of Hungary's Shaolin Sandor Liu, who was also penalised in the men's 1,000m final after crossing the line first.

In both protests, the ISU confirmed that its chief referee "reviewed the incident once more with the video referee and stands by his final decisions".

His younger brother Liu Shaoang claimed the bronze medal instead at his expense.

Shaolin Sandor Liu congratulated the gold medallist Ren Ziwei of China on his victory and spoke from the heart in a post on Instagram following the final.

"The day I almost become an Olympic champion, trained and suffered mentally and physically in the past 4 years or since I started skating in 2005," said Liu.

"I'm so sorry I couldn't deliver the result you all wanted.

"It was a hard day and I gave everything I could, wouldn’t do anything different.

"Short track is a beautiful sport and I love it.

"Congratulation to my friend Ren Ziwei.

"I will keep training harder and smarter.

"I love you all if I'm an Olympic Champion and even when I'm not.

"Love you all and I will keep fighting so you only have to cheer for me."

Ren and compatriot Li Wenlong completed a one-two for China in the event.