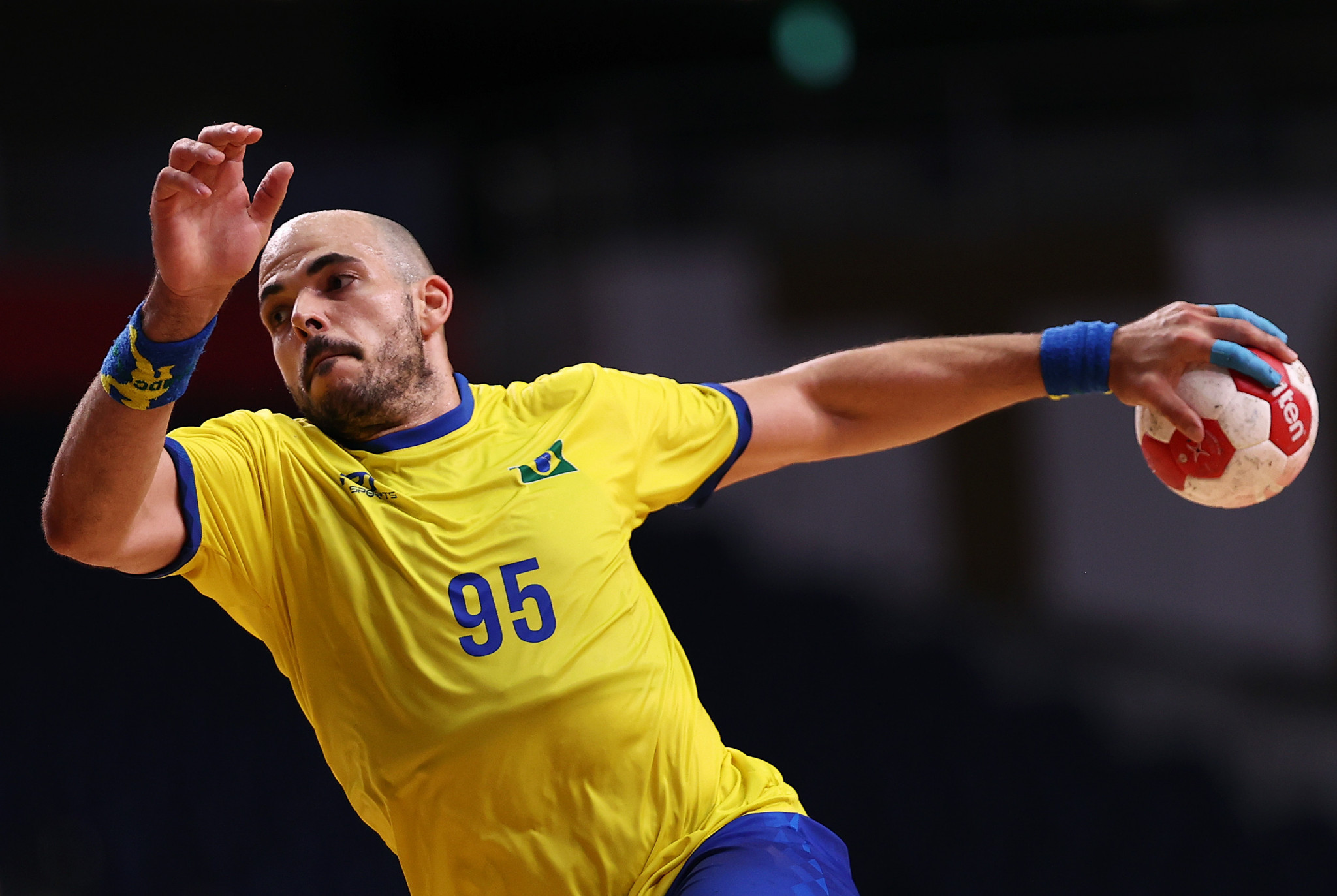 Brazil confirmed their semi-final place at the South and Central American Men's Handball Championship 49-13 with a comfortable victory over Costa Rica in Recife.

João Silva was named player of the match in the win at the Ginásio de Esportes Geraldo Magalhães which also secured the hosts qualification to the 2023 World Men's Handball Championship in Poland and Sweden.

"We are left with the feeling of a duty accomplished, and with our heads now set on tomorrow's duel against Chile," said Brazil's Fabio Chuffa.

"It will be a difficult match that will decide the first place in the group."

The game began evenly as both sides traded blows, but Brazil's quality quickly shone through as they raced to a 27-7 lead by half-time.

"The balance is positive," said Alejandra Alvarez of the Costa Rican coaching staff.

"Yesterday we had tension because it was our first game, today we let go of the tension.

"Today it was without complexes, developing our game, the continuity of the ball, trusting each other, believing, developing concepts and the game model that we have been working on."

Elsewhere in Group B, Chile beat Paraguay 43-25 with Erwin Feutchmann of Chile winning the player of the match award.

Paraguay will feel hard done by to miss out on the final four as their squad was severely depleted due to an outbreak of COVID-19 prior to the tournament.

"It was our sporting obligation to qualify for the World Cup," said Chile's head coach Mateo Garralda.

"What interests me the most about the Championship starts tomorrow, but I'm not thinking about tomorrow's rival but about the mistakes we made today, how to fix them, and how we face the next match."

A shellshocked Bolivia still looked to be recovering from a 70-8 demolition against Argentina the day before as they lost 42-9 to Uruguay in Group A.

Despite the defeat, there were positives to take as Bolivia's goalkeeper Herbert Rosales kept out an enormous amount of Uruguayan attacks as he was name player of the match.

"We are fine," said Rosales.

"We are a country that has only been in handball for five years and reaching a qualifier with teams like Brazil and Argentina is a great honour."

The final group games are set to take place tomorrow with a top of the table decider between Argentina and Uruguay in Group A.

Brazil and Chile will also meet in Group B to claim pole position while Costa Rica take on Paraguay.