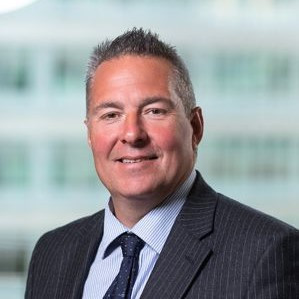 The Australian court proceedings in both Novak Djokovic’s initial hearing before Judge Kelly and the second before the Federal Court may not have been as compelling as the soundbites surrounding the saga. However, the submissions of Djokovic’s counsel Nicholas Wood SC were utterly compelling and a masterclass in wringing every last drop of argument from the relevant issues before the courts.

A point that was often made in the proceedings was that both hearings involved appeals against action taken by the authorities against Djokovic. They did not involve evidence being given on oath by Djokovic and so it was observed that both sides were having to make submissions based on inferences from media articles on the subject as opposed to straight from the central character's mouth.

Normally evidence is given by way of disclosure followed by sworn testimony and thereafter submissions by legal counsel on that evidence. Wood sought to argue it was erroneous for the Immigration Minister to rely on press cuttings to surmise Djokovic's views on anti-vaccination. However, the comments of the Federal Court made it clear they accepted the Immigration Minister could do just that. The theatre in court would have only been compounded if the nature of the proceedings allowed Djokovic to take the stand.

Many commentators have said the whole situation could have and should have been dealt with before Djokovic ever arrived in Australia. The fact it did not owes much to the disconnect between the relative administration role of the organisers of the tournament, the Government, Djokovic’s advisors and the International Tennis Federation (ITF). Clearly there is now time and opportunity to head off at the pass a similar situation arising in relation to future grand slam and major events.

Professional sport is universally self-regulated and accordingly in normal circumstances if an entity wishes to host a major professional tennis event it must undertake to comply with ITF regulations regarding all aspects including participation of the players. Whilst professional sport is self-regulated those regulations cannot however contravene the general law of the land. If the ITF imposes a regulation that any player in a major tournament has to be vaccinated that could be challenged by a player if the law of the land in the relevant territory makes no corresponding legal mandatory requirement for a professional athlete to participate. On the flip side (as ultimately came to pass in Djokovic’s case) the organisers of an event cannot seek to compromise relevant state or federal law by relaxing relevant mandatory obligations.

Ultimately in the Djokovic case it appeared that the Government sought to use procedural failings in Djokovic’s visa as a front for their core argument his anti-vaccination stance breached the national public health interest. Such was brutally exposed by Wood in the first hearing, however the Government had to put up or shut up in the subsequent revocation by the Minister and go for broke by clarifying that was one of the Government’s core issues. That rendered many of Wood’s very well-argued points as inert in seeking to challenge the basic authority of the Minister.

An international athlete requires the temporary approval of the local state or federal authorities to perform in a particular jurisdiction other than their place of domicile. That is the essence of the visa system. The modern high-profile athlete does expect their agent to organise such matters for the athlete. Not so as to enable the athlete to have a defence of plausible deniability (Djokovic again) but so the athlete can concentrate on their performance.

One of the publicly canvassed arguments was that a professional athlete should not be given special treatment regarding visa access. Leaving aside the moral arguments the reality is that high-profile athletes and indeed entertainers generate significant revenues for local economies by their participation which is the essence of the visa waiver programme in many jurisdictions. Further, the relevant local athletic commissions can devote resources to the athletes during their stay to protect not only the event participants but also the public. This was an argument used by Djokovic’s counsel in arguing Djokovic being unvaccinated posed no public health risk to the Australian public. One moral issue might be however if the entity supposedly considering the public health consequences of granting a visa is also the promoter of the event with a vested commercial interest.

In professional football some high-profile managers have said they would be reluctant to sign unvaccinated players. Not necessarily because they feared for the player’s health but because of the potential consequences of the player testing positive and the differing isolation rules that then apply. That might be grounds for a particular sport to seek to impose rules regarding unvaccinated players because of the potential consequential adverse effect of that on the relevant sporting competition.

In my respectful opinion to avoid another Djokovic debacle there needs to be a clear transparent understanding between the relevant players as to their parameters of jurisdiction and compatibility of the requirements being communicated to the participants and the relevant federal law of the land hosting the event.

There have been many instances in the past of governing bodies seeking to impose rules on sporting fair-play grounds that have been challenged in the courts. Were the Association of Tennis Professionals (ATP) to seek to impose a universal rule on no vaccination, no play that may be open to challenge where no such mandatory requirement exists in the relevant local legislation of the event host.

Another possibility is the relevant governing body seeking to argue an avowed public stance on anti-vaccination merits some form of sanction on the grounds it brings the sport into disrepute, however the moral and ethical arguments that would generate would be compelling.

A final fly in the ointment is the ever-changing need to regulate and re-regulate to take account of the fast-changing public health issues the COVID-19 pandemic has brought. It would be quite onerous for sports governing bodies to convene in synchronisation with such ever-changing rules to amend their own rules for participation accordingly.

In conclusion there is no easy solution to the problems highlighted by the Djokovic saga and such problems can only be effectively managed by collaboration, clarity as to jurisdiction and transparency in communications between relevant authorities and stakeholders.