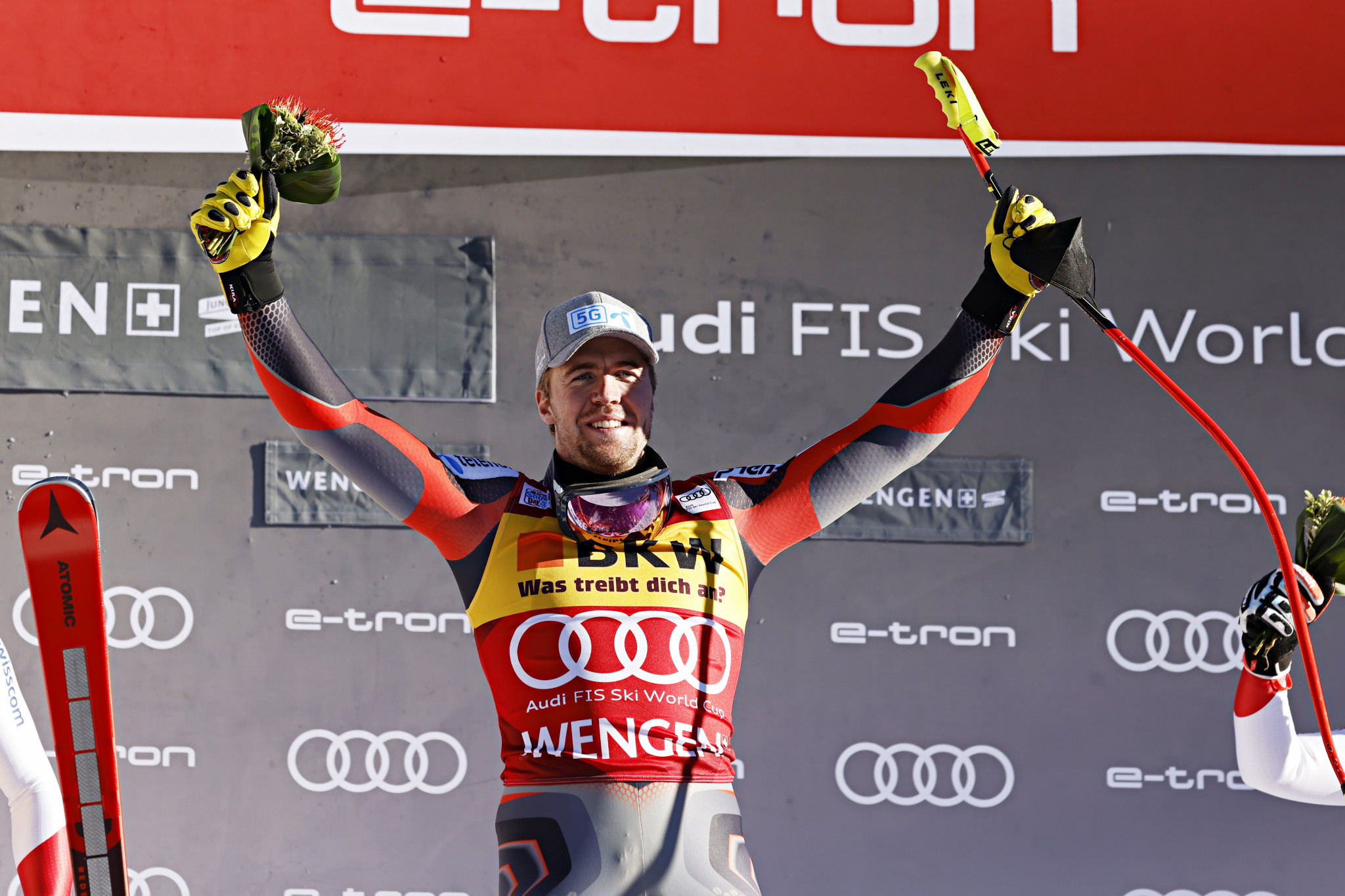 Aleksander Aamodt Kilde moved top of the men's downhill standings with victory in the Alpine Ski World Cup in Wengen.

The Norwegian athlete triumphed in 1min 42.42sec on the Lauberhorn course, earning a fifth win of the season and a second in the downhill discipline.

Only overall leader Marco Odermatt bettered Kilde's time in yesterday's super-G event, but the top two were reversed today as the Swiss athlete clocked 1:42.61 to place second on home ice.

Odermatt's compatriot Beat Feuz, a super-G silver and downhill bronze medallist at the Pyeongchang 2018 Winter Olympics, earned a first World Cup podium finish since the start of December in Beaver Creek with a time of 1:42.72.

Daniel Hemetsberger led a group of three Austrian skiers who came just outside the top three, finishing 0.16 seconds short of a place on the podium.

Matthias Mayer placed sixth with a 1:43.20 effort, staying second in the discipline standings on 257 points.

Kilde is 12 points clear at the top on 269, climbing from fourth place, with the previous leader Dominik Paris of Italy slipping to third on 256 after his time of 1:43.42 earned a ninth-place finish in the Swiss resort.

Odermatt has 226 downhill points for the season, 30 less than Paris.

He still holds a comfortable overall lead on 1,025 points, with Kilde staying second on 649 and Mayer third with 547.

Another men's downhill World Cup is scheduled for tomorrow, followed by a slalom competition on Sunday (January 16) in Wengen.