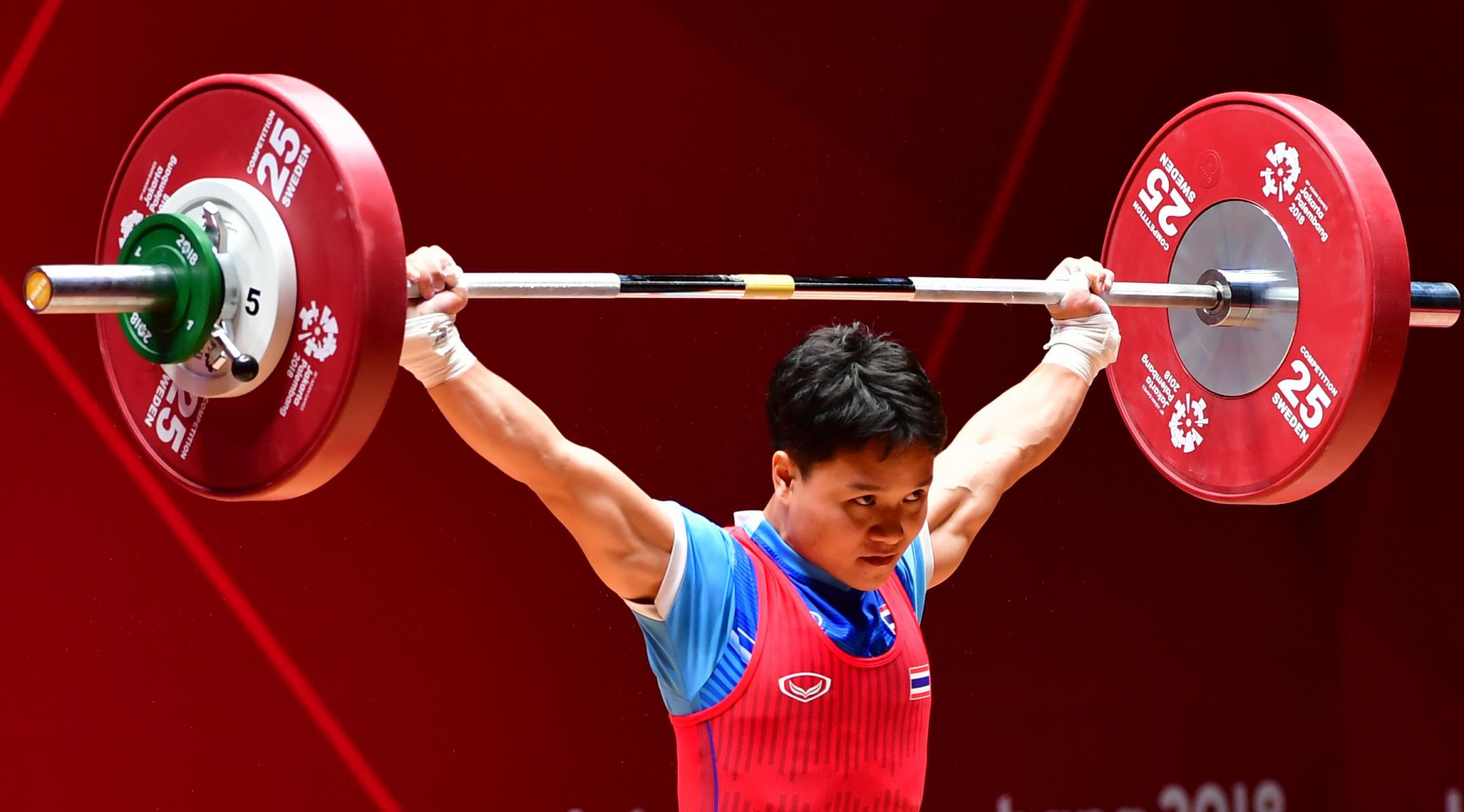 Thailand returned from their doping-related absence to win both titles on day two of the International Weightlifting Federation (IWF) World Championships in Tashkent in Uzbekistan.

It is as if they had never been away.

Thailand already had a silver from day one, earned by Thada Somboonuan in the men's 55 kilograms, and has moved straight to the top of the medals table.

There were also two medals for Japan when Rira Suzuki and Ibuki Takahashi finished second and third behind Khambao.

Thailand’s athletes were cleared to compete in June after a two-year suspension - though they were still banned from the delayed Tokyo 2020 Olympic Games.

Thailand was involved in doping scandals involving teenagers in 2011 and 2018, when nine of the nation's team at that year's IWF World Championships tested positive for steroids, and it also featured heavily in the 2020 German TV expose of doping-related corruption in the sport.

Additionally, according to a Court of Arbitration for Sport document, "20 targeted tests conducted at a training camp in October 2018 returned no fewer than 15 adverse analytical findings".

The coach who was then in charge of the team, Liu Ning, was banned for life and the Thai Amateur Weightlifting Association (TAWA) remains officially suspended until next March or beyond, during which time none of its officials can hold any IWF role.

But the athletes, competing under a flag that features an elephant and the Olympic Rings rather than their national flag, are back in business.

Sukcharoen, disqualified from first place and banned for two years when she was one of the nine who tested positive at the 2018 World Championships, won when Colombia’s Manuela Berrio failed with her final attempt at 98kg.

Berrio missed four of her six attempts but still finished second on 75-95-170, beaten by 2kg.

Sukcharoen made 77-95-172 with four good lifts and Saziye Erdogan of Turkey, the defending champion, was third on 169kg with three good lifts.

Yulduz Dzhumabayeva of Turkmenistan, who was upgraded to gold on Sukcharoen’s disqualification in 2018 - when her home nation hosted the World Championships - moved up to 49kg but bombed out when she missed all three clean and jerks.

She would probably not have challenged Khambao, whose five-from-six 86-106-191 left her well clear of the two Japanese.

The Commonwealth Games qualifiers - the Commonwealth Championships are running concurrently - were Srimali Divisekara of Sri Lanka at 45kg and Nigeria's Stella Kingsley, whose final attempt at 96kg took her past India's Jhilli Dalabehera.