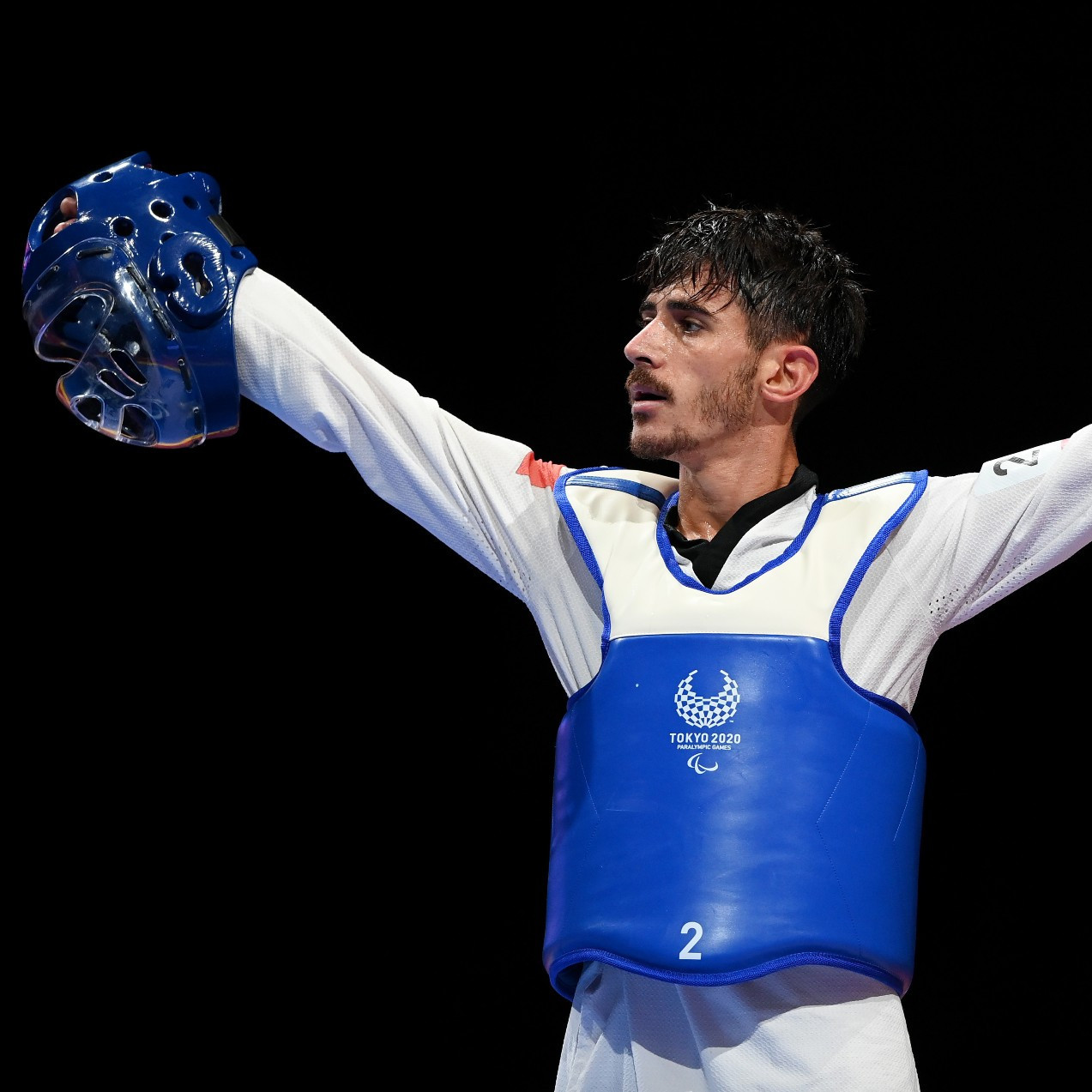 Turkey’s Mahmut Bozteke, who reached the podium at the first Paralympic taekwondo competition in Tokyo, was back in medal-winning mode three weeks later as he won a second successive European title on the home ground of Istanbul.

Bozteke earned under-61 kilograms bronze at the Tokyo Paralympics with a 14-2 win over Italy’s Antonino Bossolo, who lost his semi-final to the eventual gold medallist, Nathan Torquato of Brazil.

In the previous round, the Turkish athlete produced one of the most arresting victories of the debut Paralympic event by beating Mongolia’s four-time world champion and world number one Bolor-Erdene Ganbat 23-22 in a tense and thrilling encounter.

Weeks after creating one of the Paralympic Games’ most memorable moments, Bozteke won a second straight European gold by beating Russia’s Evgenii Alifirenko 12-6 in his new category of the under-63 kg final.

It has been an outstanding year for the 24-year-old from Sanliurfa, who took up Para taekwondo as part of his recuperation from a traumatic accident suffered when he was 11 when he lost both hands after his arms were caught in the tail shaft of a tractor while he was working in a pistachio tree garden.

His arms were partially reconstructed in the course of 15 operations, and he was bedridden for a year.

The European Championships were where he made his international breakthrough at Warsaw in 2016 as he won bronze in the under-61kg category and added silver at the same weight in Plovdiv two years later.

At 24, Bozteke has years of medal-winning ahead of him…